Heading out to Wickenburg next Friday for a talk at the Desert Caballeros Museum. It's being billed as Geronimo Stories but that is just the tip of the iceburg. We are going to have some fun with all the Arizona legends from Doc Holliday to Billy the Kid to Olive Oatman and Big Nose Kate and everyone in between. Could get deep, so I suggest waders. Friday, December 10 in the Learning Center at the Desert Caballeros Museum. Talk starts at 11 A.M. 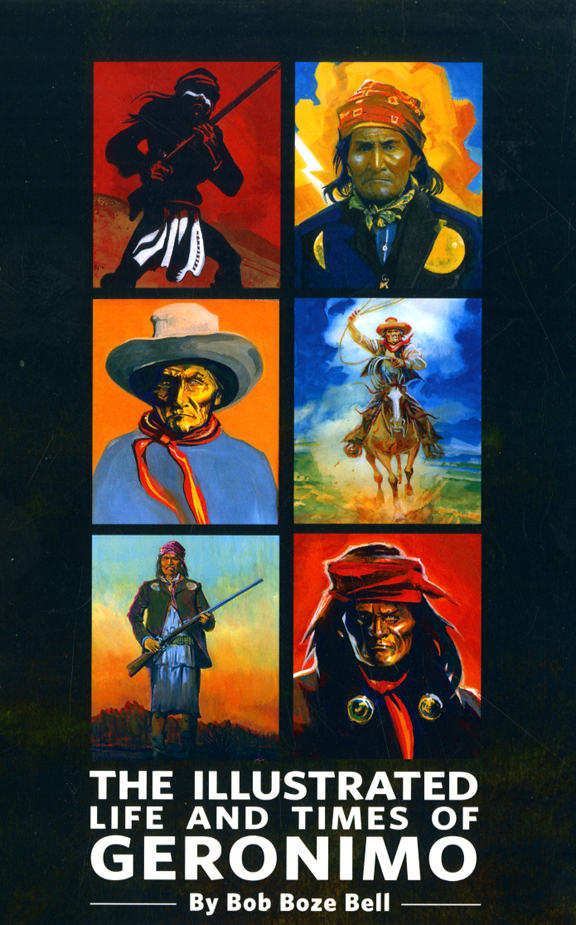 Having some fun illustrating a Mickey Free story Vince Murray and I are cooking up for a graphic novel class he is taking at Yavapai Community College in Prescott. Here's a taste: 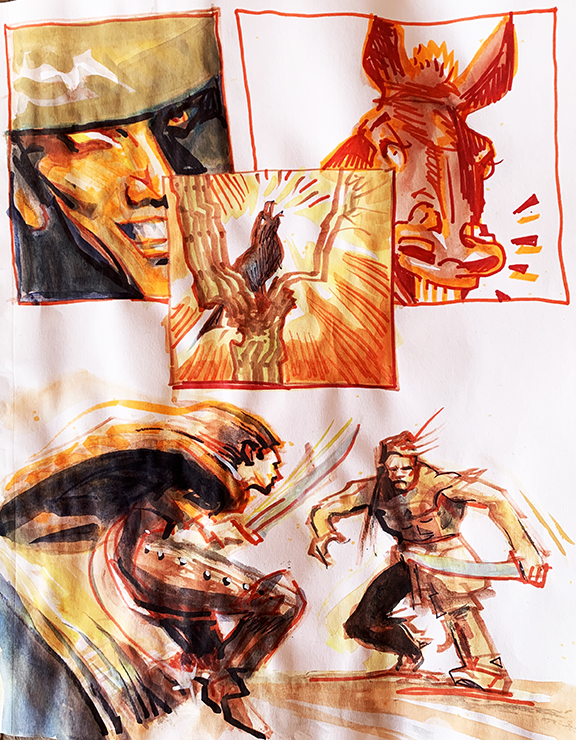 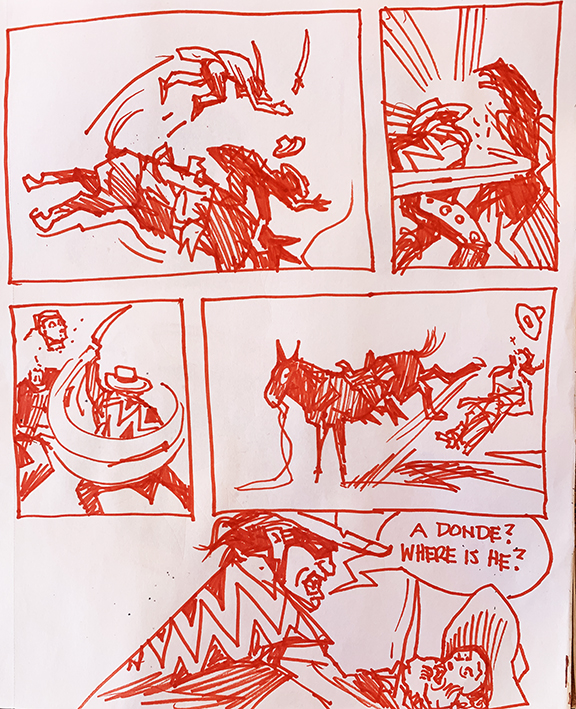 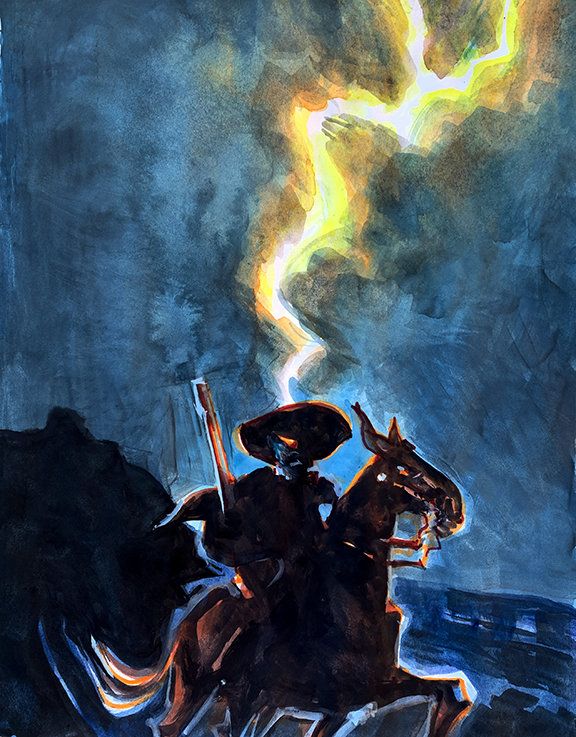 Daily Whip Out: "Lightning Rider"
Tried to watch "The Power of The Dog" last night and I have to agree with Anthony Lane, who reviewed it for the New Yorker: "Do not be misled by the setting into construing this movie as a Western. It's more of a chamber piece with chaps." And the wrong chaps, to boot. I spotted two alleged "working cowboys" wearing Dale Evans style fringe shirts. The hats are a mixed bag—literally—with Phil wearing something "unique" and his brother (Jess Plemons) wearing an Open Road with the current style of an unshaped brim, which is somehow more accurate than the 1970s Resistol bull rider hat that several of the hands wear. And don't get me started on the heavy, Phil Burbank (Benedcit Cumberbach) playing a mean banjo. Yes, a banjo.
"The two emotions that mess us up the most are fear and anger. And you can't be grateful and fearful at the same time. And you can't be angry and grateful simultaneously."
—Tony Robbins
Posted by Bob Boze Bell at 7:37 AM