Raise Your Hand If You Miss Uno!

Today is the late, great Charlie Waters' birthday. He would have been 74. Still miss the boy. He was a good one.

On one of our walks up Morning Star, Frances got tired and didn't want to go up the hill any farther. When we came back down, Uno was sitting behind her like a guard dog. 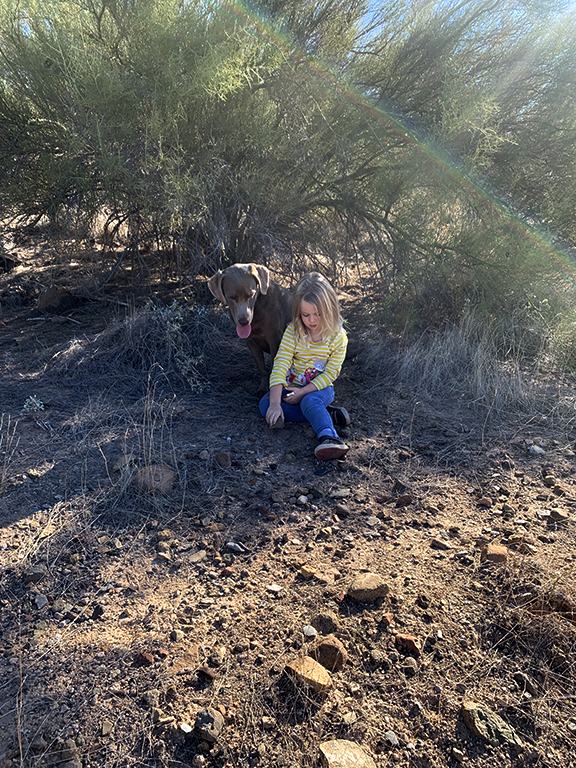 Uno and Frances waiting in the shade

Uno seems to be saying, You want to look at bugs. I'll sit here and look at bugs with you.

I got some mighty fine birthday gifts this year, but I have to say, this photo, snapped by Carole Glenn at the Shea Blvd. Barnes & Noble takes the cake. 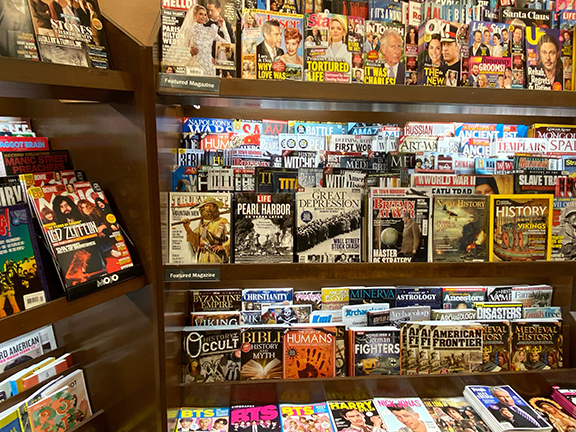 The reason this photo is so righteous to me is because this is the way Carole found the rack when she walked up to "fix it". Wow! Somewhere, the rack gods must be smiling down on us, because I sure am!

I saw this posted on Facebook. Wyatt Earp's house in Tombstone is on the market for $575,000. 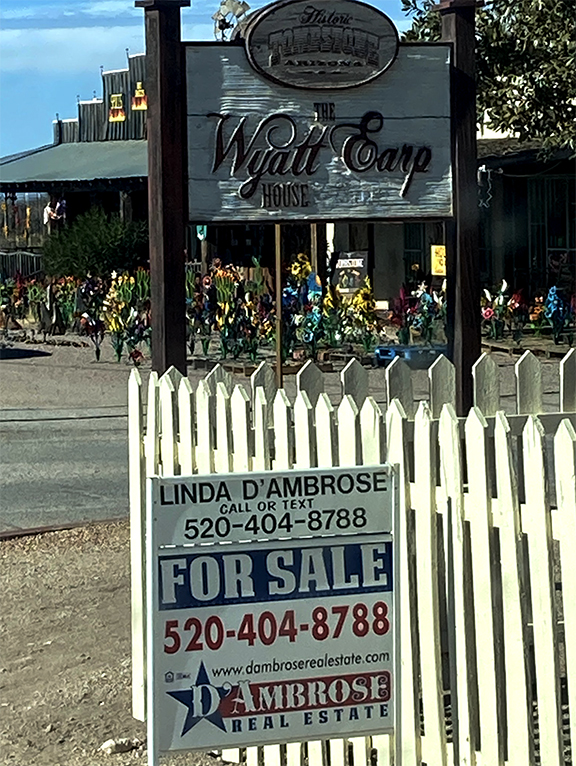 Imagine what the original owners could have done with that money? Wyatt could have built a mansion at Vidal, bought Musso & Franks, the entire town of Goldfield and a half interest in The Cliff House, and still had money leftover for Josie to blow ten Gs every week on gambling. 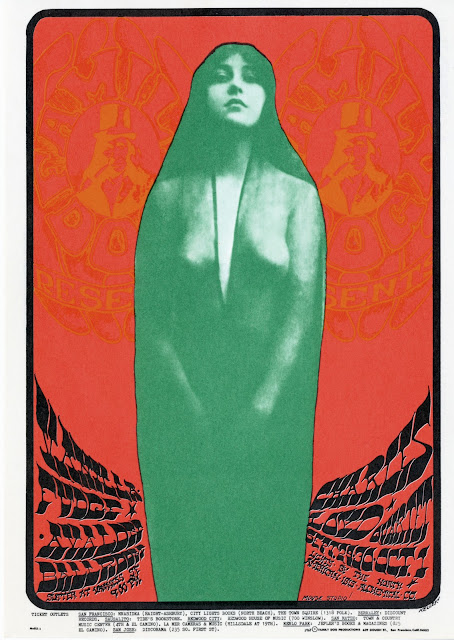 "I can't believe Wyatt was a killer because he lived with that woman for over 40 years!"

—Kin of Wyatt Earp, who didn't think much of Sadie