When Young Is Old

Here's a little sneak peek into one of my current projects. Videographer Bill Watters is finishing up the editing of our opus 140th Anniversary of the O.K. Corral fight video. In my impromptu talk with the folks in the O.K. Corral Theater, I mentioned that Wyatt Earp was a pugilist. So, Bill asked me if I have any illustration to go with that coverage. So I took a scan of a black and white scratchboard I created for the Wyatt book (page 18) and did this to it. 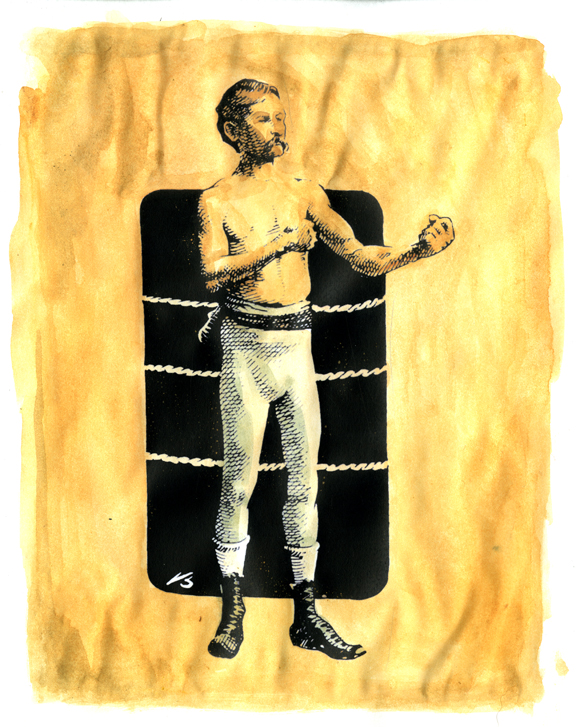 Daily Whip Out: "Wyatt Was A Pugilist"

Not bad. Meanwhile, on another front, I am busy sketching Jim Young, who, as an old man, told some mighty compelling windies. 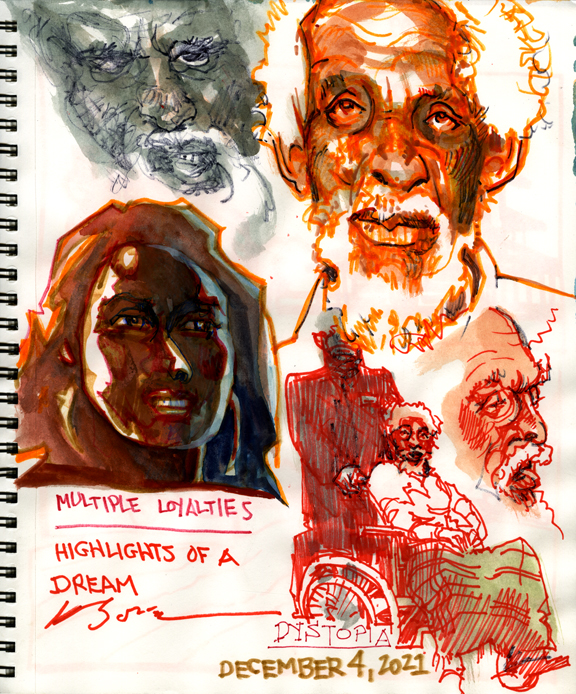 If you have ever wondered who helps me make True West magazine a stunning visual achievement month after month, it's these guys. 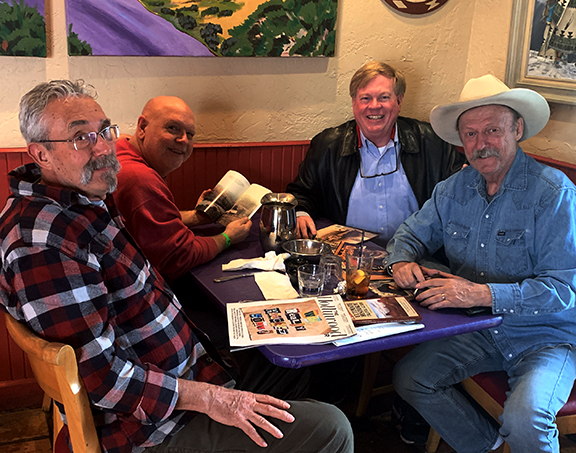 The Band of Graphic Brothers

Left to right: Dan The Man Harshberger, Robert Ray, Stuart Rosebrook and the guy who counts on them to make him look good.

The Legend of Clean Restrooms On Old Route 66 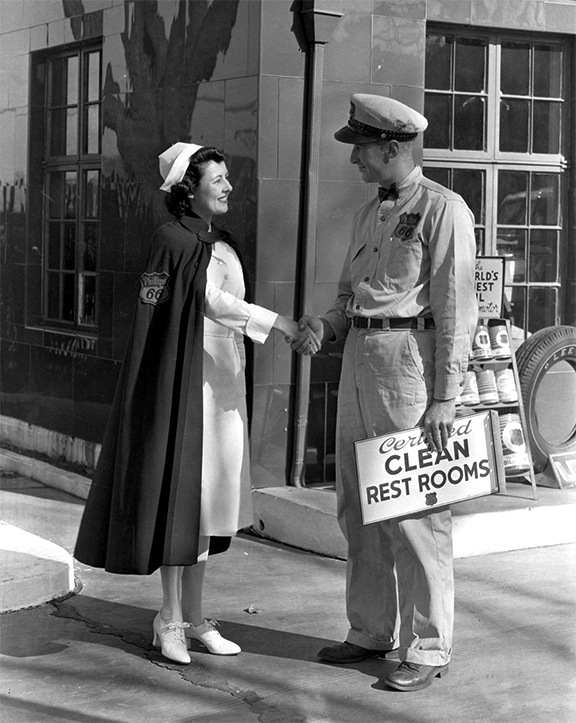 Courtesy of the Phillips 66 Gas page
My father ran a Phillips 66 service station on Route 66 and I can vouch for the effort to maintain clean restrooms, but I have to admit I never saw this nurse on the premises. One thing I did notice is that the women's restroom was always worse than the men's.

"There's a bathroom on the right."

—Creedence Clearwater Revivial's most misunderstood lyric ever. It's actually, "There's a bad moon on the rise."