So we bought ourselves a Christmas gate to point at the cave and we took Uno along for the buying trip. We stopped at Retalbo in Cave Creek and bought a very nice Spanish iron gate which took up the entire back of the Flex. So Uno was forced to sit in the front with Kathy and as you can see, he kind of digs it. 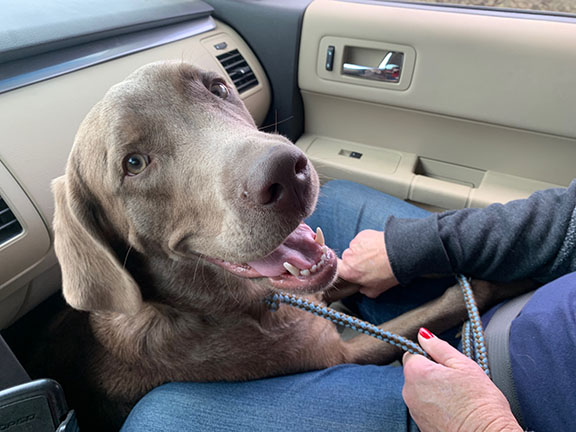 I could get used to this.

Found an old unfinished Whip Out and decided to finish it. 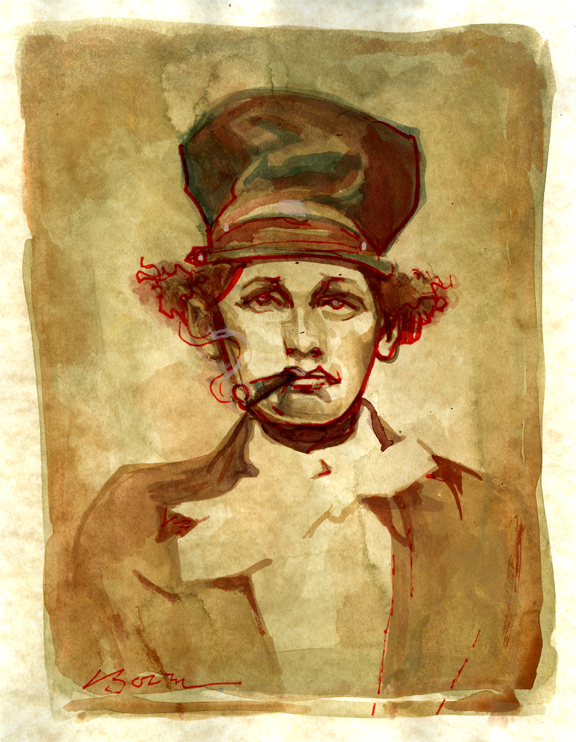 Sarah A. Bowman was an Irish Innkeeper and pistol packin' mama. Over six feet tall and weighing 200 pounds, the red-haired beauty was compared favorably to the mighty steam ship "The Great Western" and the nickname stuck. There are no known photos. Man, does she need a graphic novel, or what?

Speaking of which, Vince Murray has been taking a graphic novel course at Yavapai Community College and he asked me if it was cool to dust off the Mickey Free story that The Top Secret Writer and I dreamed up and, after checking with Paul Hutton, I told him it was cool. So as we were noodling the new story, Vince and I stumbled upon a name for the hotdog Tucson Citizen reporter who interviews James Young in 1930 to get the "true" story of Mickey Free. 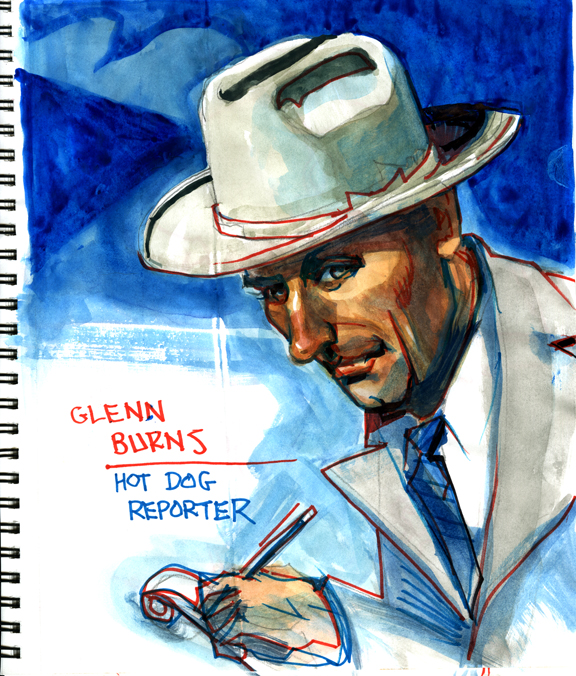 Yes, I totally dig the Open Road Stetson, which is currently making a comback with young hipsters. In our new and revised version of the story, Glenn Burns takes the first person account of James Young and turns it into a best seller. Any comparison to Walter Noble Burns is absolutely, without question, sort of true.

"Journalism is printing what someone else does not want published: everything else is public relations."