Related to Outlaws at The O.K. Corral

Finally, after a month-and-a-half of editing and fiddling and soundtrack copyright issues, here is the O.K. Corral video Bill Watters and I put together.

Thanks to iMemories, in Scottsdale, Bill had digital access to all of my family's early photos and film (a cousin of my mother's, Wally Tintsman, took 16 mm color film of her and my cowboy kin at a Neal Ranch roundup in 1939!). One of the stunners in the video is a moving image of my grandfather, Bob Guess. I am named after him and he died a year before I was born and so, growing up, I heard all the stories about what a great cowboy he was from every one of his five daughters (my mother being the middle daughter). The problem for me growing up was there really weren't any good photographs of him. This is a good example. 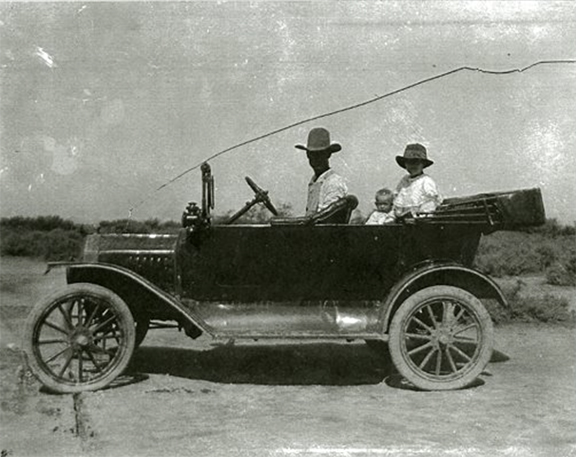 in the 1920s, with their firstborn daughter,

You can't make out his face, which somehow made him even more mysterious. So, imagine my shock and suprise when I first saw the Wally Tinstman film of my grandfather on horseback, for the first time back in the eighties? The O.K. video is full of little gems like this.

In my talk I mention owning an Austin Healey and Bill found a shot of me driving that cute, but infernal, British sports car, taken by the late, great, Rick Ridenour, who stood on top of the engine at locomotive park in downtown Kingman and filmed me driving by, in the early morning hours of July 4, 1963. Then there's a cut to me shifting and a snippet of my driving with a pork pie hat on. It's stuff like this that makes the video very personal and very cool. 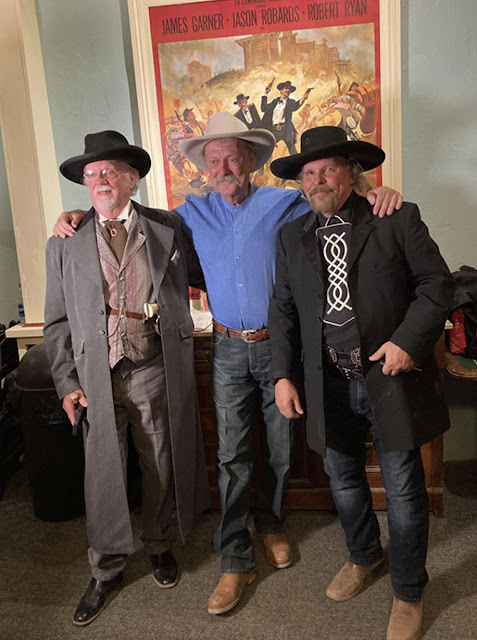 Hard to believe, but now we're the oldtimers, telling the tall tales with the youngsters not paying attention and then wishing they had paid more attention to what we were saying, AFTER we're gone. And, so it goes.

"If I knew he was going to be so famous, I would have paid more attention."