Mike Molsbergen just bought my original painting of "Atomic Billy," which was created to illustrate the span of life of Francisco Gomez who rode with Billy the Kid and on Susan McSween and lived until 1946, perhaps witnessing the glow of the first atomic bomb some 70 miles west of his home in Lincoln, New Mexico. 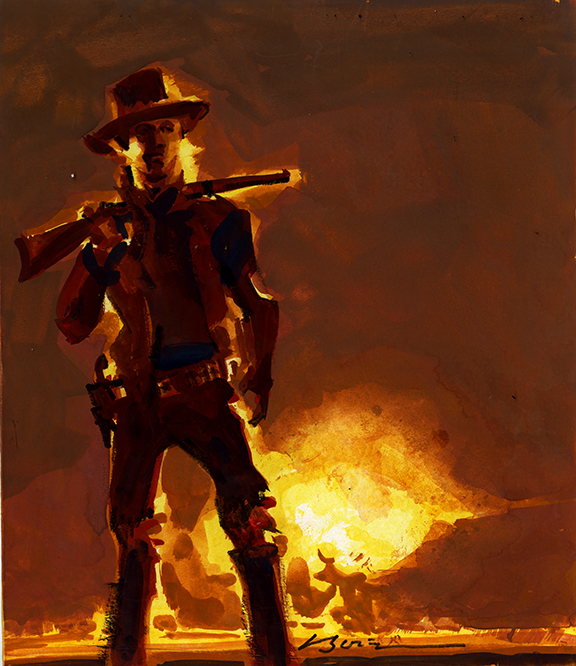 Three roughs and two Whip Outs later, we get to here. 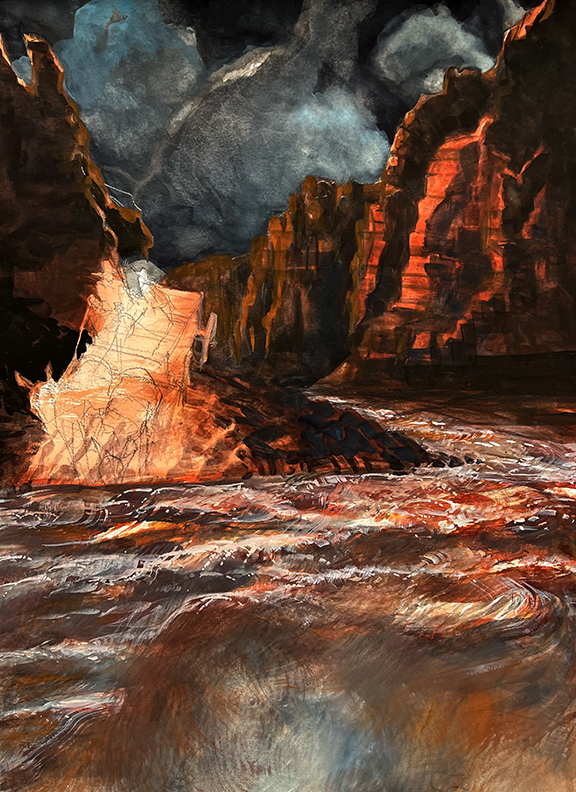 "When Sharlot Hall Pulled A Gun

Note to self: make those boys mules, ground that rear wheel, keep the glow over Sharlot's head, get the rigging right, bring out the road rising from the near shore. Show the faint tracks disappearing into the raging water. Sign it. Frame it.

A Solid Defense of Grover Cleveland

"Navajo Grover Cleveland’s refusal to enter a flooded wash in 1912 simply anticipated the 1995 Arizona stupid driver law (ARS 28-910) that extends liability for the stupid driver who enters a flooded roadway and becomes stranded. Look at it this way; Grover was certainly younger than Sharlot (why else would a Dine or otherwise mother name her son after the 22nd [and 24th] President born before 1885?) who was a Territorial Officer. Like any other driver who has grown up in Arizona, (except for those who gave the state law its name) Grover knew that if he just waited, perhaps an hour or less, that the water would recede and it would be safer to cross. Sharlot wasn’t having it and forced him to carry on. She’s lucky he didn’t just leave her there and walk home. No doubt she was capable of driving a wagon, but one stuck up to the hubs and sinking deeper would have presented a dilemma even the talented Ms. Hall would find challenging. Luckily they both survived."

"Finish the work, otherwise an unfinished work will finish you."