Storm blew through yesterday and I caught a certain watch dog, out watching. 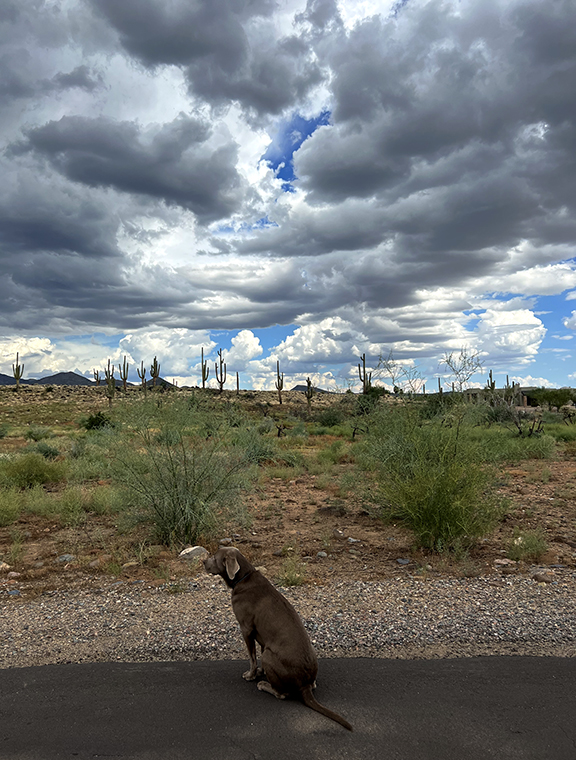 The impending storm produced a strong and crazy wind—almost tornado worthy—flipping lawn chairs across the yard and upending a portable-dog-carrying-kennel at least twenty feet from where it was placed outside the Triple B Bunkhouse.

As every day goes by, I feel more and more like I have been blessed by the many desires in my life that were not answered. For example: when I was in my twenties, I wanted to be a rock star. So glad that didn't happen on any level.

"Most human beings have more desires than opportunities in life. Those who the gods will destroy are provided with desire and opportunity in equal measure."

—Dwight Garner, reviewing "Down and Out in Paradise: The Life of Anthony Bourdain" by Charles Leerhsen

My good friend, the Crazy Aussie Bastard, thinks we should do this cover story. 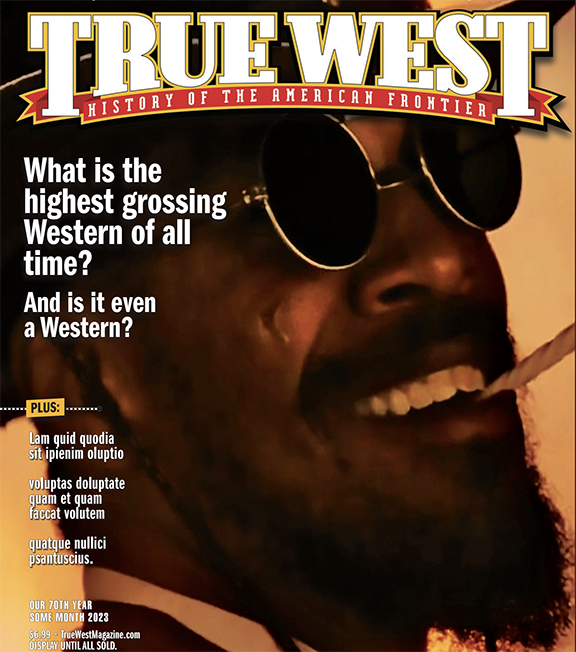 A James B. Mills Cover Concept
Yes, that is Jamie Foxx in "Django Unchained" and, yes, it grossed some $440 million at the box office and it is purportedly, the highest grossing Western ever. But, according to Stuart Rosebrook, it's not a true Western because it takes place in the East and, thus, he thinks it's an Eastern. When I asked Stuart if "Last of The Mohicans" is a Western, he said, "No, it's an Eastern." Stuart also believes John Wayne in "The Horse Soldiers" is not a Western, but an Eastern.
What do you think? And more importantly, is that a future cover of True West, or not?

"Once you've been to Cambodia, you'll never stop wanting to beat Henry Kissinger to death with your bare hands."