You Ain't Woman Enough to Take My Man

In honor of her impending retirement, I am declaring this Carole Compton Glenn week. We will celebrate her work ethic, her magnanimous nature and her intrinsic beauty. Let's go back to the beginning in Tyler, Texas. 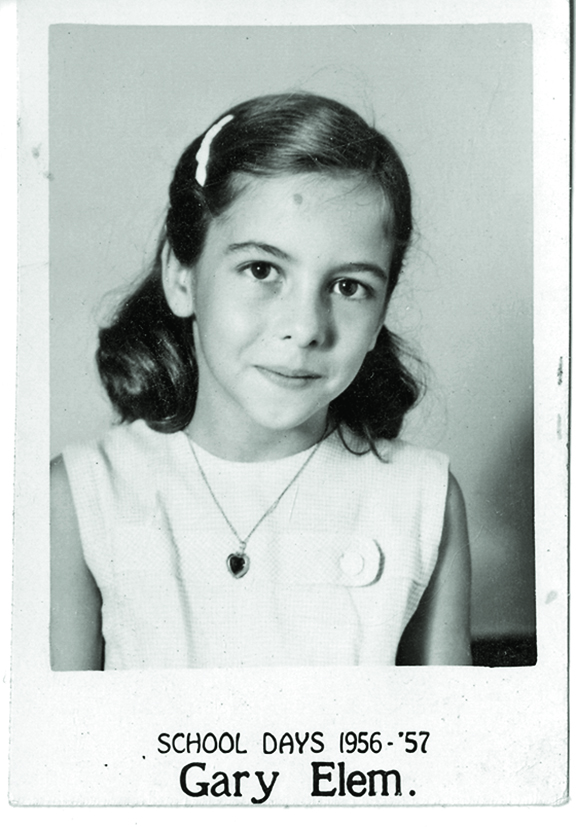 Here are Carole's comments on the photo: "Yikes!  Gary Elementary (1st-6th grade school) in Tyler, Texas. It's either my 2nd or 3rd grade photo (Miss Renfro or Mrs Littlejohn, I think). Lovely old red brick two story building, probably built in the 1930's. It's still there and used, but not as a school, I don't think."

Fast forward to the 1970s, here's Carole at the offices of KCAC, the progressive radio station in Phoenix that her brother, William Edward Compton spearheaded. 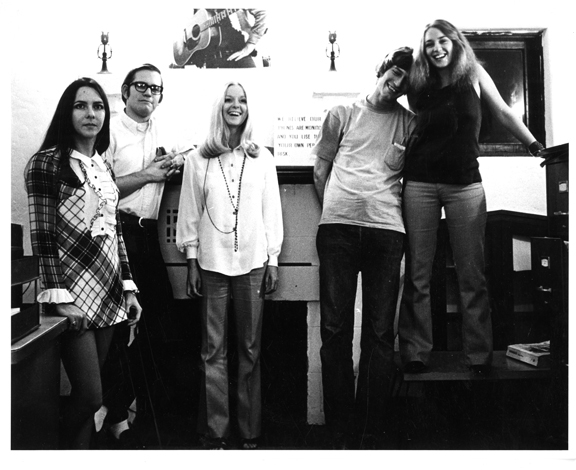 Carole Compton, at left, with KCAC crew
Carole's comments: "This photo was taken at KCAC in the old house on Camelback Road. Next to me is Bob Dunne, Felipa Kinsey (Toad's wife - before they were married) My brother Bill performed their marriage—and they also had a priest or minister marry them, I think. Then we have Troy Irvin or Irving and Gayle (girlfriend of Dave Bridges?), an ad salesman."
And here is Carole at KDKB among the giants of that seminal and legendary radio station. 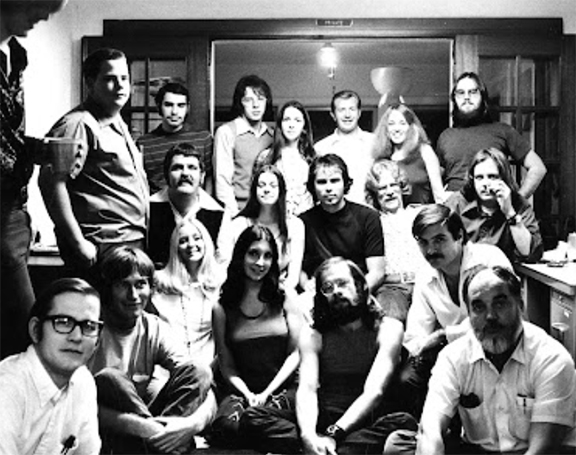 That's Carole, top row center, and that's her legendary brother William Edward Compton, bottom row third from right, with the beard.
And then here she is at Clantonville (actually Cave Creek, in the wash behind the Goatsucker Saloon) after we bought True West and moved it from Stillwater, Oklahoma. 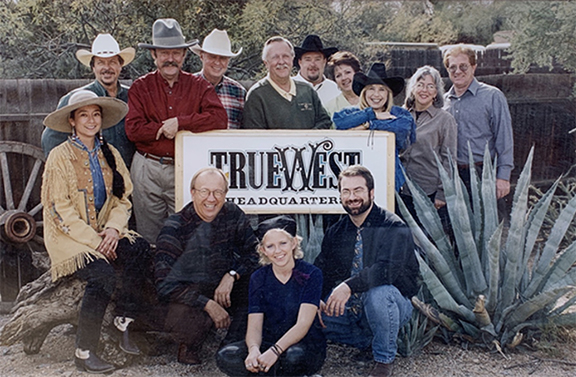 Clantonville Crew, 2000
That's Carole, second from the right, holding down the fort, literally!
And, here she is with me, and Ken, and Dan The Man and the office crew in the last photo taken at the True West World Headquarters before we moved out in 2020. 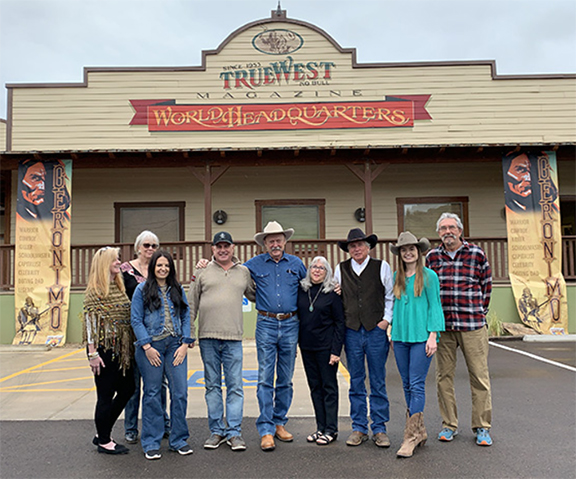 It's been a hell of a ride, Carole. Thanks for all your love and suport.

"I wasn't the first woman in Country music. I was just the first one to stand up there and say what I thought, what life was about. The rest were afraid to."