This is from two nights ago. Uno seems to be saying, "Would you look at that." 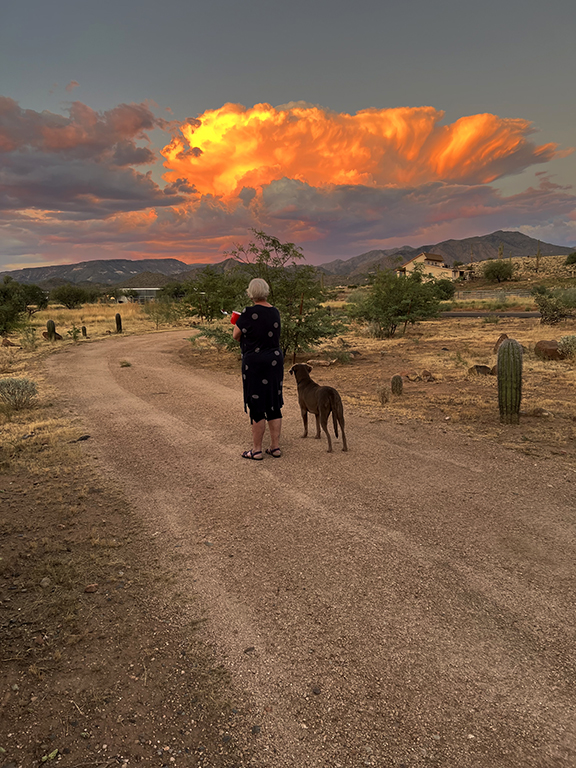 A sunset thunderhead goes all nuclear.
My good friend Mort Mortinsen has written a wonderful script on the story of Sharlot Hall's search for Olive Oatman. It is fictional, of course, but most all of the characters I love are in the story, including Charles Lummis, Maynard Dixon, Barry Stapp (aka Wyatt Earp), Charles Goodnight, Charles Poston and this guy. 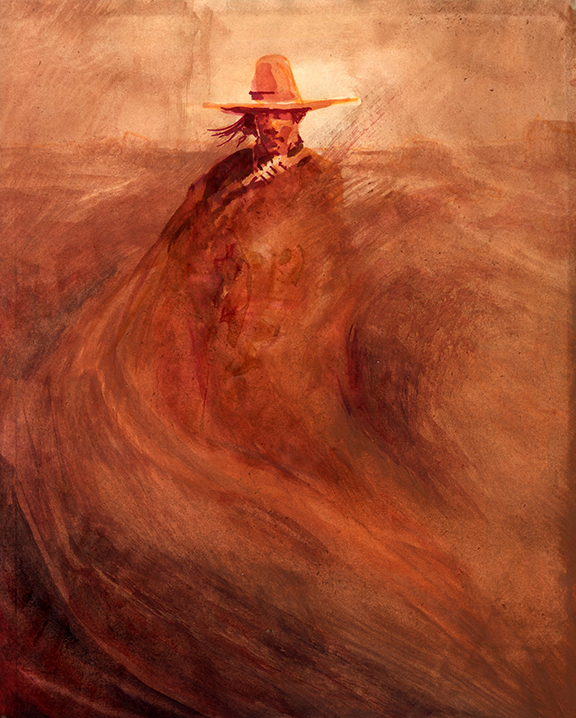 Daily Whip Out:
"Moon of The Mojave In Dust"

Let's ponder something else for a moment.

I played in Honkytonks for more than two decades and I saw some pretty raunchy and unseemly things. One person saved me from that scene and that is the woman in this picture. 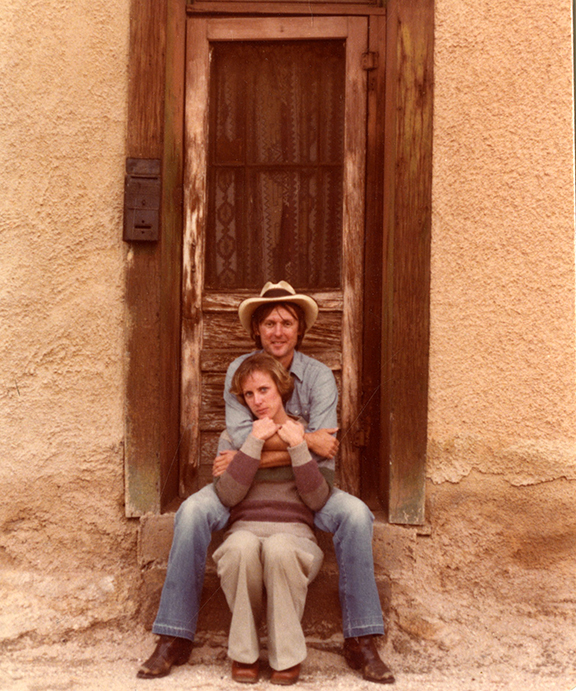 This photo was taken in the Tucson Barrio

—Ask for no other blessing