A Pacific Rim Kind of Guy

January 23, 2016
Here's a nice little ode to a certain birthday boy from his mother:

On this date 33 years ago, Bob Boze Bell and I started a great adventure with our favorite son.
Was it easy? Sure, labor was only 1.5 hours.
Was it hard? You bet, he is an ADVENTURER and was a delightful? teen.
Was it rewarding? Absolutely, we never imagined that our genes could produce such a philosophical, compassionate, good looking human being.
Was it fun? Beyond a doubt, we traveled to Costa Rica and Spain to visit him in school, had themed birthday parties with dressed up little boys running amok, and made a fortune when he cussed and had to put a quarter in the "cussing jar."
Would I do it again? Not at this age. We are extraordinarily lucky to have The Amazing Amy Pothong in our lives to be his companion so all we have to do is visit.
What is my point?
HAPPY BIRTHDAY to my favorite son.
Thomas Charles Bell
—Kathy Radina

And here's how the little booger looked when he first arrived on January 23, 1983: 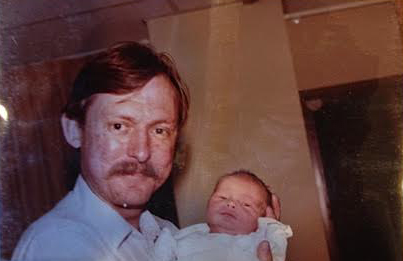 And here he is when he was a little older, on a road trip to New Mexico, circa 1992: 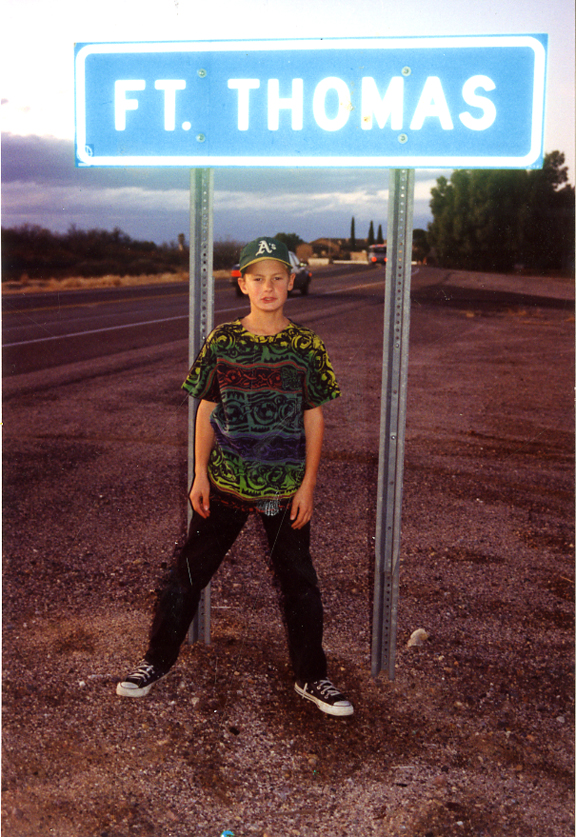 Of course, when he got older he did take after his dad in a couple departments: 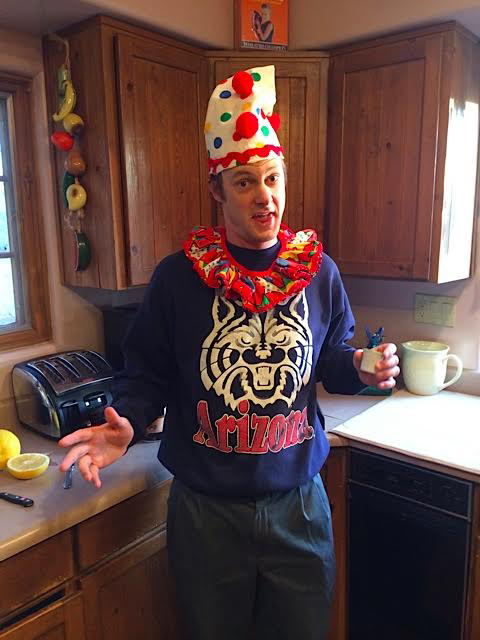 T. Charles In The Kitchen Acting Like A Clown (note the Wheaties box
with his likeness on it, over his head) and sporting
an Arizona Wildcats sweatshirt.

The boy loves the road, just like his mom and dad: 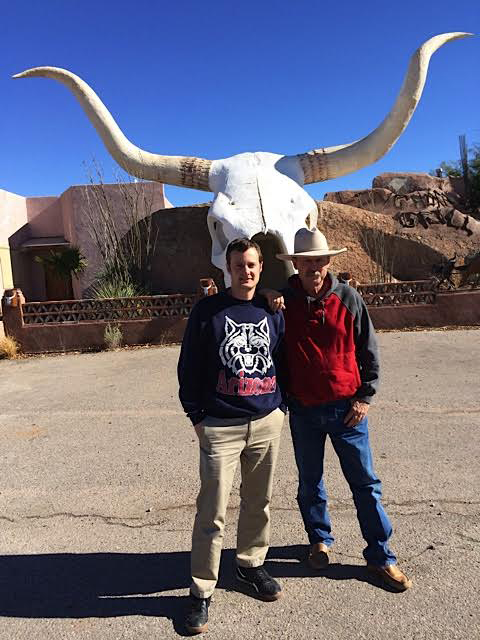 Thomas and his dad And The Longhorn Skull On The Way to Arivaca,
circa 2014.

But no matter what else is said, the boy is not afraid to take the plunge: 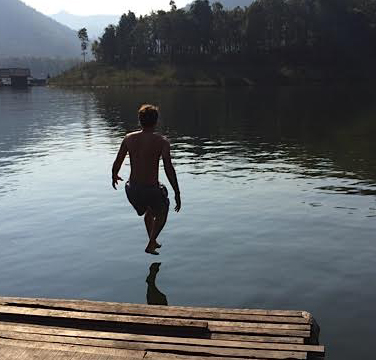 Tommy Taking The Plunge In Thailand

"Dad, I'm just a Pacific Rim kind of guy."
—Thomas Charles when I asked him why he always chose Thai restaurants for his birthday treat.