January 10, 2016
So, what would the Secretan brothers look like if van Gogh painted them fishing on the Oise River in a row boat? Hmmmm, well, here's the first sketch and basic idea: 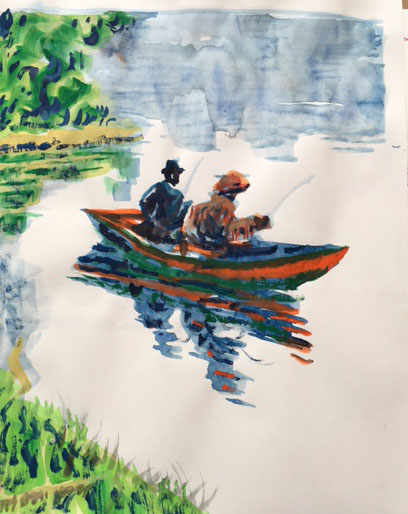 This is too straight up illustration and not enough simple abstraction, like Vincent would do. So I whipped out three more:

Didn't like these either. So did a fifth sketch, trying to simplify it as Vincent might do: 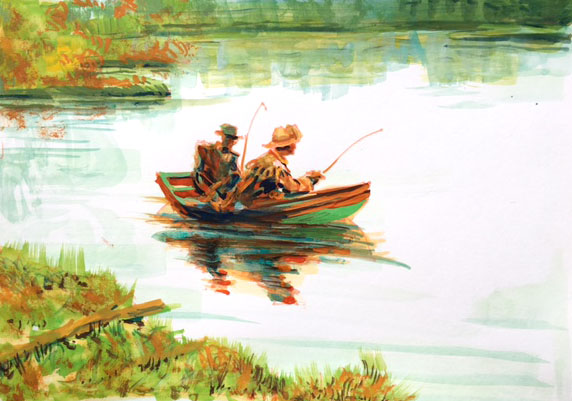 Daily Whip Out: "What Would Vincent Do?"

I realize this is still more BBB than VVG but I did learn a thing or two about green next to red (one of van Gogh's favorite complimentary color tricks). Anyway, all of this was done so I could imitate Vincent's underpainting on "The Come On." That big booger will be in the magazine.

What is the most telling quote that pints directly at the Secretan brothers and especially Rene?

"Do not cry. I did it for the good of everybody."
—Vincent to Theo, as he lay dying from a bullet in his gut