The One Mile Drop Off: Buckey O'Neill's Cabin Revisited

January 27, 2016
Several friends have commented on the photo John Langellier took of me standing on the wall in front of Buckey O'Neill's cabin. Yes, it's a one mile drop off to my left: 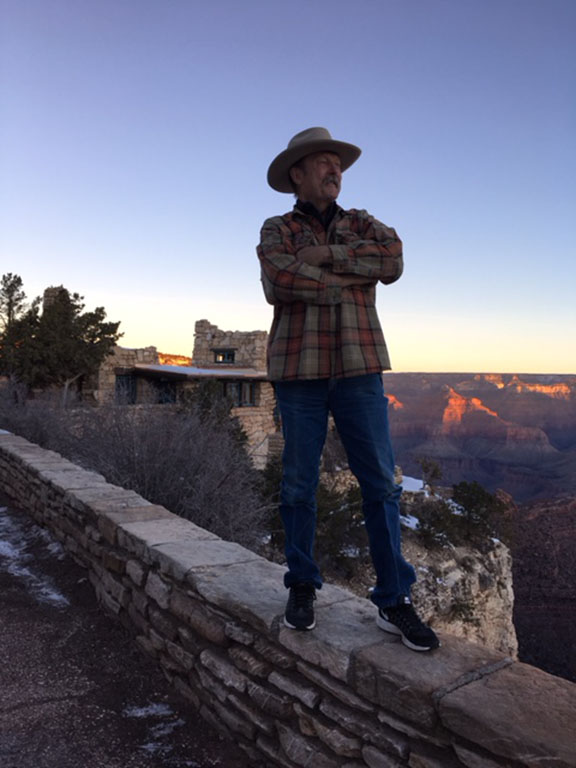 Here's the view straight down: 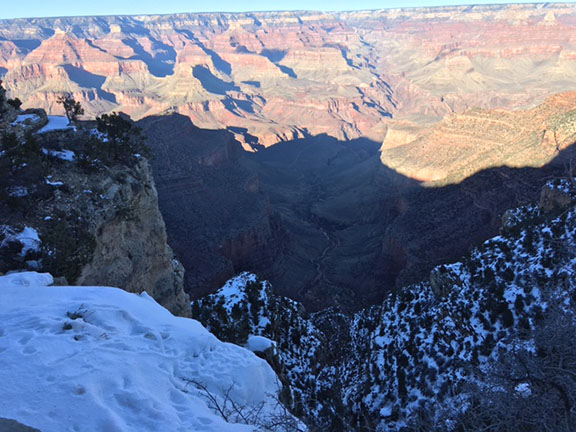 The One Mile Drop

Now my mental hedge against vertigo, or panic, is to think of the trees in the foreground breaking my fall, or, at least slowing me down on the descent. This mental trick (delusion?) is what allowed me to stand up there.

Speaking of death in the canyon, that is the name of a best selling book in the gift shop. Being a publisher, I always ask what is selling and "Death In The Canyon" is currently the biggest seller. The book lists all the mishaps, falling tourists (and perhaps even artists showing off) and deadly river trips. One of the Rangers in the gift shop says he hates the book. "People die here all the time," he scoffed. "But I don't want to know about it. That's not why we come here. Or, at least I HOPE that's not why we come here." He's right, of course, but I am intrigued, although I didn't buy the book.

A week ago, historian John Langellier, and I made the trek to the South Rim of the Grand Canyon. He had it on his bucket list to stay at Buckey O'Neill's cabin and since it was his birthday on January 20, we took it (the cabin is quite sought after and booked long in advance) Here is the birthday boy in front of Buckey's: 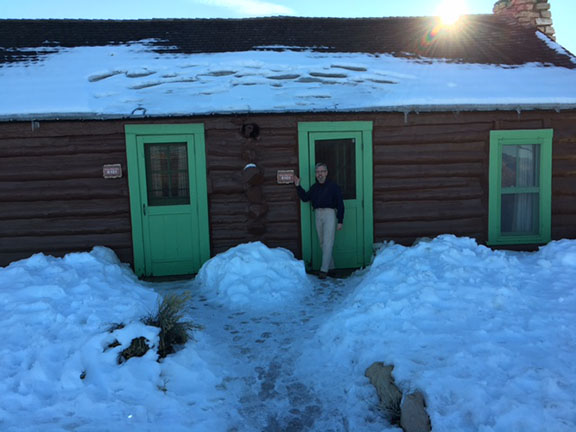 John Langellier points to the Historic Plaque On The Front Door of Buckey O'Neill's Cabin.