January 19, 2016
Thanks to Mark Boardman for sharing with me the Washington Post article about Glenn Frey's passing, which quotes me: 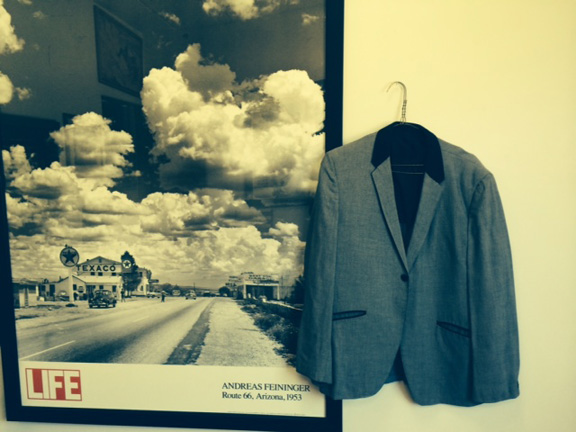 Standing On A Corner In Seligman, Arizona With A Beatle Jacket


On the other hand, maybe the girl was not in Flagstaff: “A friend of mine who grew up in Winslow and is married to a federal judge, adamantly proclaims, ‘I was the girl in the flatbed Ford,'” wrote Bob Boze Bell in his True Western Magazine blog. But the raconteur took the story with a grain of salt: “I’m sure she’s not alone in that claim, but on some level she’s probably right. A glancing semi-encounter with a gypsy song-writer on old Route 66 gets elevated to epic myth in a popular song. We can all relate to that fantasy road trip narrative on some level and stake a claim to it.”

And here's the link to the blog:

Standin' On A Corner


The "girl" from Winslow who told me that is Phyllis Hawkins. She is married to Mike Hawkins, also of Winslow. Several years ago we went to Winslow to stay at La Posada and get the hometown tour from Mike and Phyllis. She said at one point, "you know I was the girl in the flatbed Ford?" and I thought it was so cocky and cute in a Winslow kind of way, that I wrote about it in my blog. I assume this turned up in a Google search. Kind of funny and amazing. I actually sound kind of intelligent in the passage. I assume the writer cleaned up my spelling (like Meghan Saar does in every issue of True West except one: she went on vacation the last week of the Feb. issue and Agent Godfrey is spelled five different ways in Classic Gunfights).

"The only thing wrong with immortality is that it tends to go on forever."
—Herb Caen
Posted by Bob Boze Bell at 12:10 PM