January 20, 2016
We had our semi-annual meeting of the Hat Nazi Club, so named by artist Thom Ross to describe Rusty York's ruthless passion for authentic cowboy hats in movies. Rusty wants to know why, with today's technology, we can't go back and re-edit Westerns from the 1950s, 1960s, 1970s, 1980s and 1990s and digitally replace all the incorrect hats with more authentic hats. While I understand this to be very close to pure lunacy, I have to admit I emotionally agree with him. Thus the meeting and thus, why he is the president and I am merely in charge of the membership drive, which you can clearly see, is going really well. 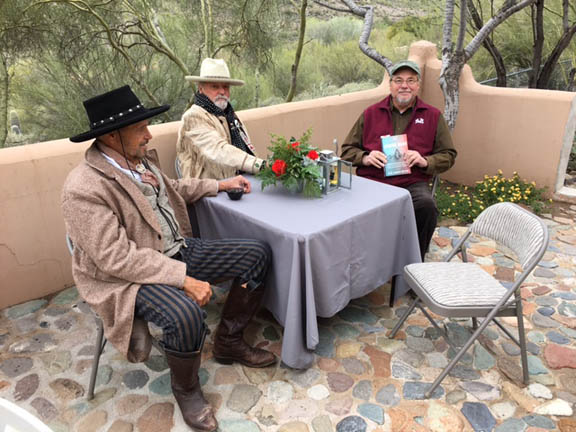 Left to right: Rusty York, Thom Ross and Paul Hutton, the latter is not a member of the club, but he was at the meeting to show off the galley proofs of his new "Apache Wars: The Hunt for Geronimo, The Apache Kid, and the Captive Boy Who Started the Longest War in American History." And, of course, he's wearing a cap, so what does he know? True, it's a True West cap, but still. . .

After our pledge of allegiance: On our honor, we solemnly swear, if we ever get to make a movie we promise to get the hats right in every scene and in every Western we make! The order of business then shifted to Rusty's remark that there have been no new cowboy hat styles in the past 50 years. I begged to disagree. And a motion was made, by me, to grab him by the stampede string and shake some sense into him. "No," I said with a tinge of superiority, "there is a new hat style from down Texas way, that all the kids are touting with the ironed front brims." Kid Ross had seem them, but incredibly Rusty had not. Hutton kept shoving his galley proofs in front of my face, trying to get me to commit to doing a cover story on his new book for True West in 2016. I waved Hutton off my lap and turned to Mr. York: "I will email you a few jpegs," I told York, who looked at me like I was, well, a bonified Hat Nazi. 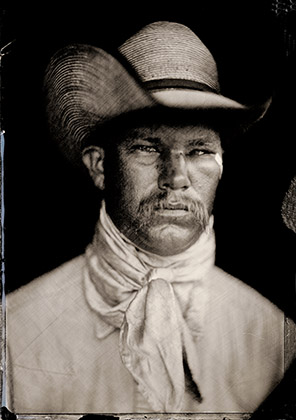 An old style photo of the new look
with the ironed front brim and exaggerated
side wings Here's an even better example: 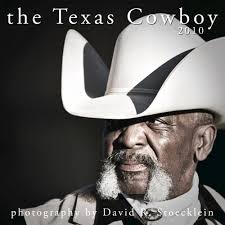 
"I can see by your hat you are out of your flippin' mind."
—Hat Nazi Greeting
Posted by Bob Boze Bell at 7:41 AM