January 7, 2016
I really admire the artwork of another Frenchman—Henri Toulouse-Lautrec. I also admire his courage. The diminutive artist once challenged a hater of Vincent van Gogh's art to a duel. This happened before an art show in Brussels, called "Les XX" (which I'm guessing means The Twenty, as in, twenty artists in the show?) When I got up this morning I noodled a couple sketches: 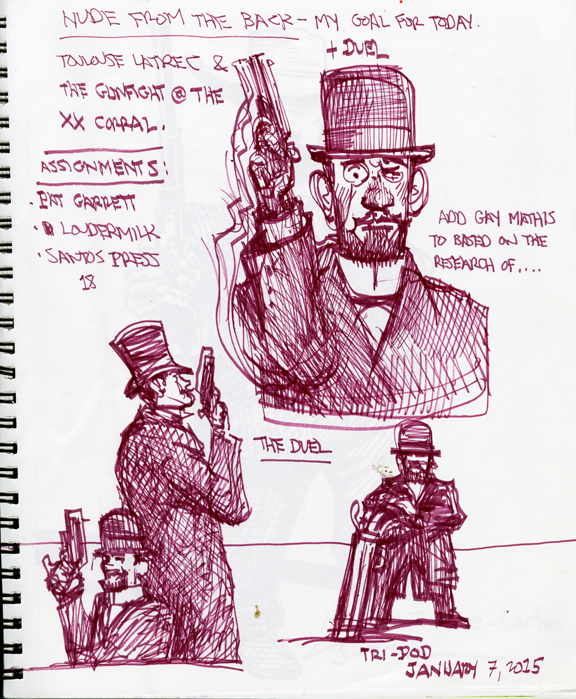 I was particularly fond of the small fry duelist, at bottom left, and went searching for some good art reference for the tall dude. Unfortunately, in one of my Toulouse art books I discovered his adversary, Henry de Groux, was actually not much taller than Lautrec. So, there went that concept.

In the same book, "Toulouse-Lautrec: A Retrospective" edited by Gale B. Murray, I found a caricature of Lautrec by Maxime Dethomas, c. 1898, and extrapolating from that I did this sketch: 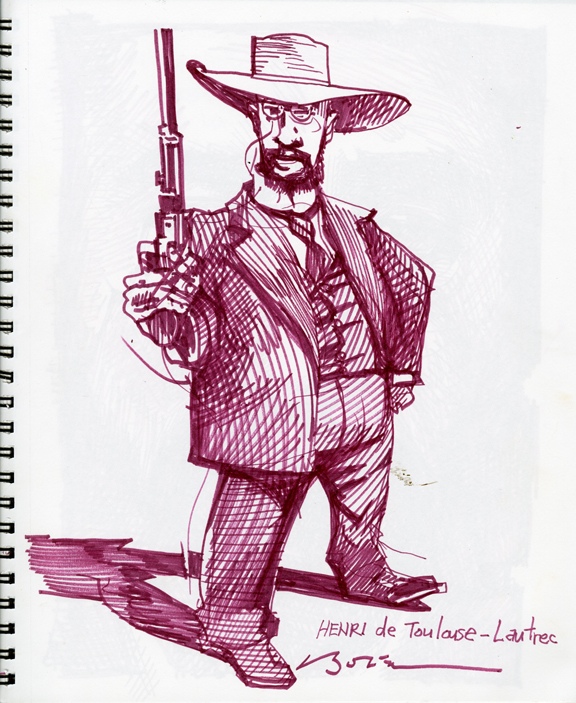 Daily Whip Out: "The Shootist"

From there I studied a close-up photograph of Lautrec in the book and marveled at the "Pinched Nose" sunglasses, especially after trying to locate glasses like these to illustrate Theo van Gogh. 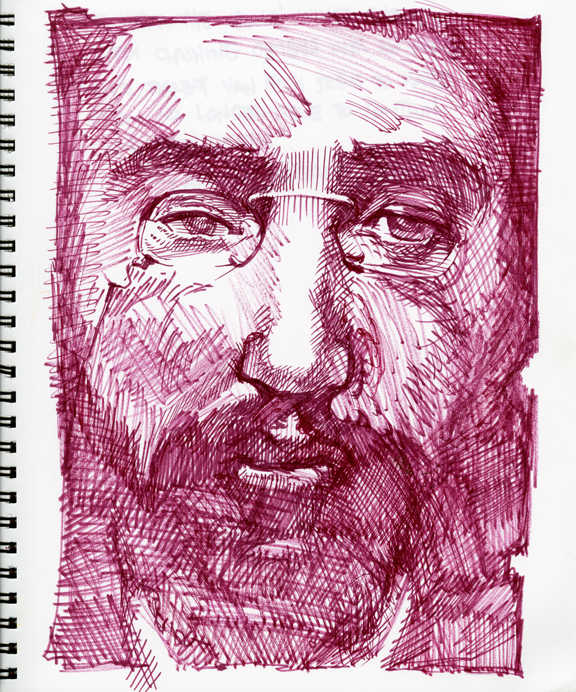 At about ten, I decided I wanted to do a color painting of the concept, and since the feature needed to go down to Dan The Man later today, I stayed home and worked on the final until 11: 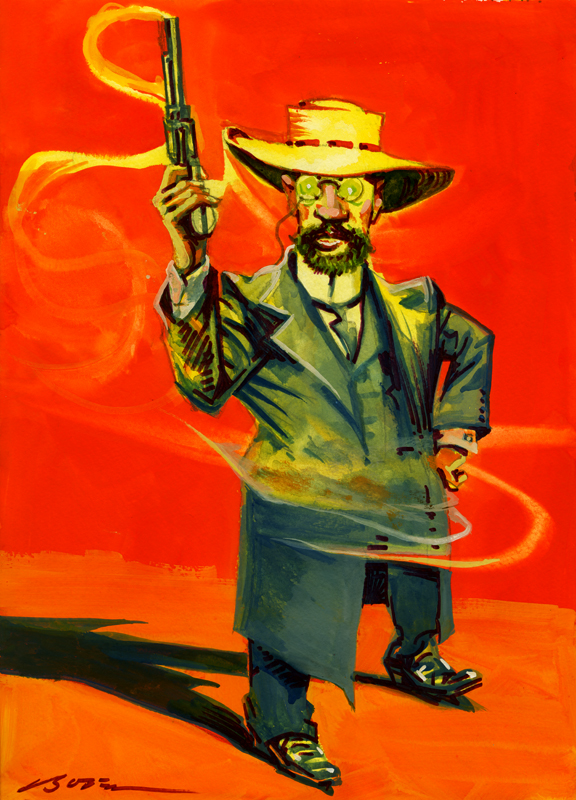 Daily Whip Out: "Who You Callin' Cadmium Yellow?"

Of course, I had big hopes for this, but what the hell.

"Fortune brings in some boats that are not steered."
—Cymbeline