The Come On: Putting The Moves On A Poor Defenseless Artist

January 8, 2016
We've had rain for three days now. It even hailed for about 15 minutes yesterday.

Working on one of the last pieces in the Vincent van Gogh cover story which will run in the next issue of True West (March). The Paris punk, Rene Secretan, bragged about bringing in girls from the Moulin Rouge to taunt Vincent. One of my books says Rene actually posed as a fisherman in a van Gogh painting, although I don't recall any fishing paintings by the Dutch Madman, but the idea intrigued me. When I put the two anecdotes together I imagined Vincent trying to do a painting on the banks of the Oise River with the Secretan brothers posing in a boat, and fishing. Before Vincent can get too far on the underpainting, Rene sics a couple of his "chicks" (Rene actually calls his girls "chicks," although he is saying this in a 1956 interview when, perhaps, the word had more cache than in 1890). Here are his comments in context:

Being the wealthy son of a Paris businessman provided high-end perks: the Secretan boys often imported show girls—cantinieres—from the Moulin Rouge. Rene bragged that van Gogh “would modestly look the other way,” when the boys were kissing and fondling the girls, “which seemed madly funny to our little chicks,” he chortled. Rene even encouraged the girls to “provoke him with their amorous attentions.”

Anyway, here is the rough-idea-sketch: 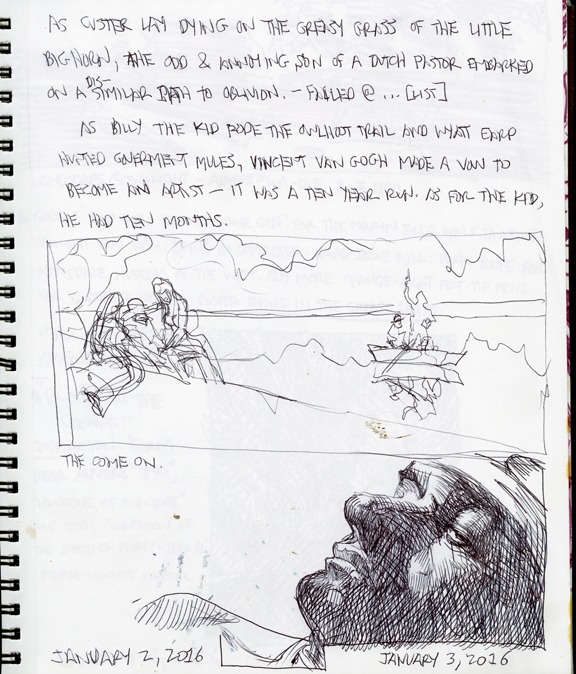 Daily Whip Out: "The Come On (rough sketch)"

I pictured a typical Impressionist, idyllic-French-River-Bank scene with two Moulin Rouge Nymphs putting the moves on a poor, defenseless artist (an oxymoron I know, but the dude was damaged at this point!). From there I got the bright idea to do a parody of the famous, nude picnic scene, "Luncheon On the Grass" by Edouard Manet: 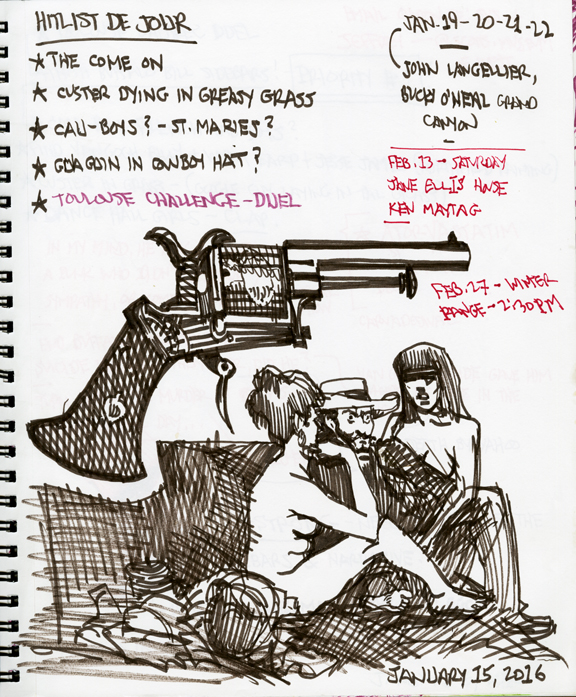 Daily Whip Outs: "Sketch utilizing the nude model from 'Luncheon On The Grass'"

But ultimately I thought it was too precious and pandering to art snobs. Plus, I wanted to do something a tad sexier. The dilemma then became, where do I find a good painting, or image, of a topless model, a la 1890s, from the BACK? Well, guess who did a brilliant painting of this exact subject matter? 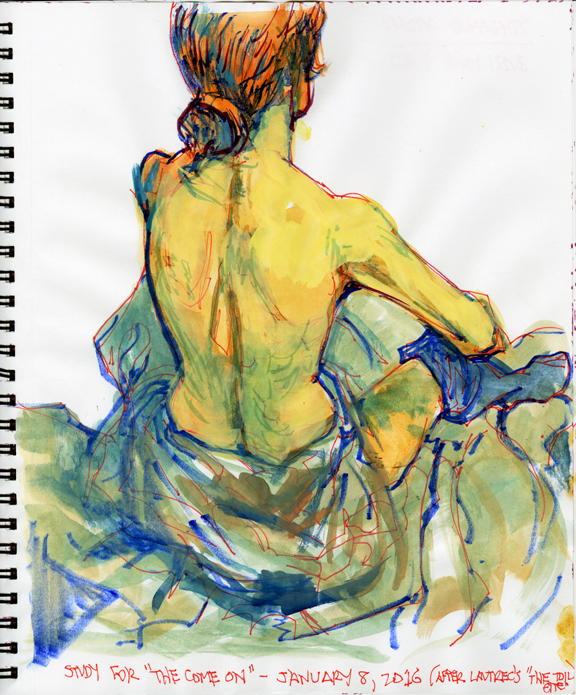 Daily Whip Out: "Study after Toulouse-Lautrec's 'The Toilette'"

So, armed with this excellent art reference I bailed in this morning to finish the final scene. Got about half done, but had to come into the office. 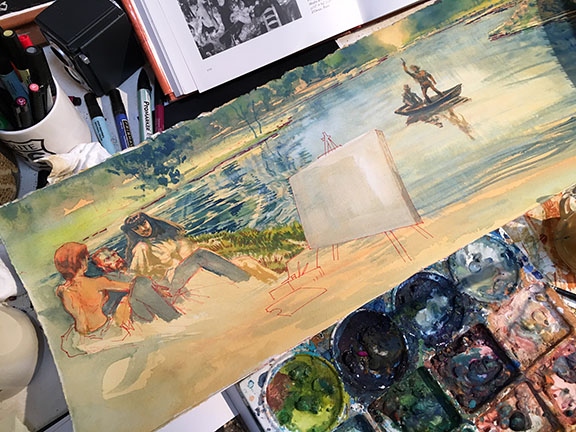 Daily Whip Out In Progress: "The Come On"

"In my mind, Vincent took a bullet for a punk who didn't deserve sympathy, or compassion."
—BBB