The Hunt for The Mexicali Stud

February 14, 2016
I had two engagements yesterday, the parade in Wickenburg and a speaking engagement down at Cattle Track for a family gathering. Nice quiet evening. Had fun.

Today I finally got to come up for air and plot my next projects. Got a few I want to do, including a former project I want to return to. That would be this dude: 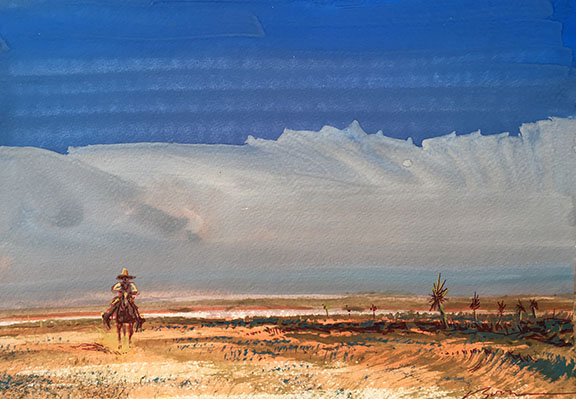 Daily Whip Out: "On The Hunt for The Mexicali Stud"

He was a blue-eyed vaquero from Baja, sent to find and return a valuable stud horse swept up in the California remuda of 500 horses General Crook ordered for the Apaches at San Carlos. It was an arduous journey, or, as Chief of Scouts Al Sieber put it: "Arizona is no place for amateurs."

My neighbor Tom Augherton came up a couple weeks ago during our cold spell and caught me outside without a hat on. He thinks he's captured a dusk jacket cover. I do like the shadows, the clouds and the field of cholla. 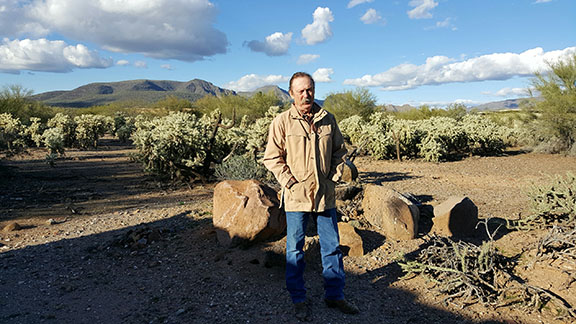 BBB on a cold day with no hat on.

"All cholla, no cattle."
—Scott O'Connor

"The only way to avoid Hollywood is to live there."
—Igor Stravinsky