November 7, 2016
Working on a portrait for a forgotten Arizona pioneer who needs a headstone. 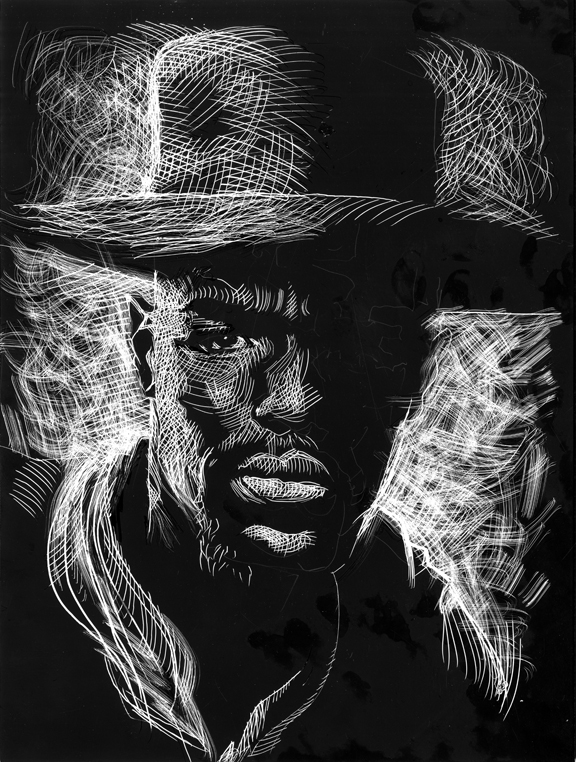 It's either the portrait or an etching of him riding hard on the border: 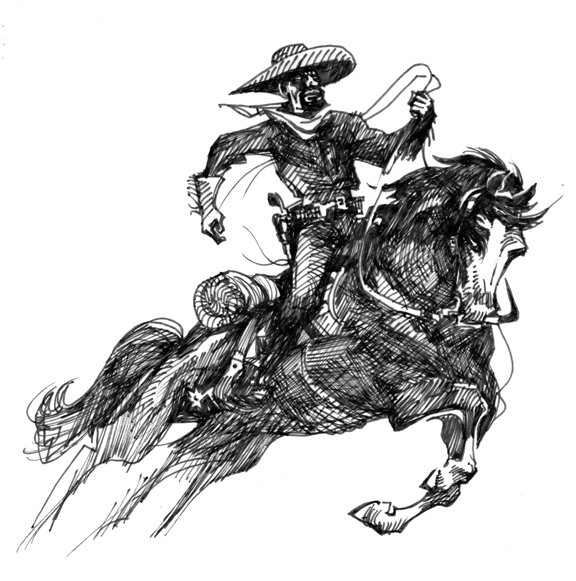 Here's the basic direction on the headstone: 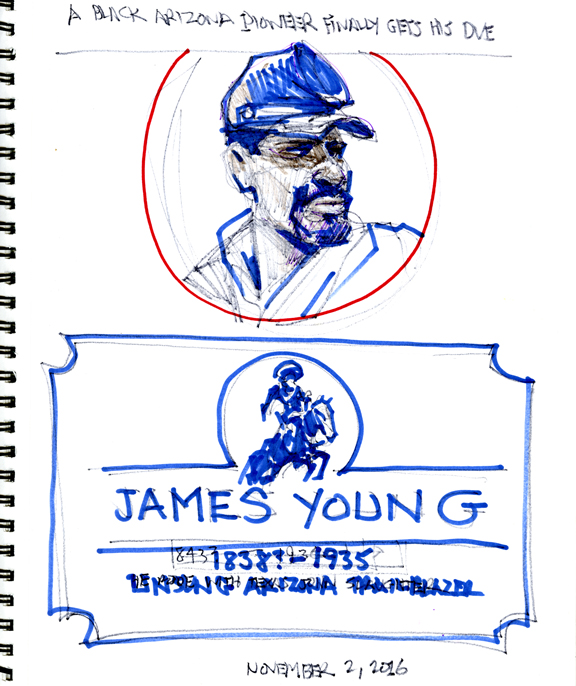 We're waiting for Dan The Man Harshberger's graphic application on these. I may go home and do one more horseback version.

Okay, went home for lunch and referenced several sketches I did yesterday: 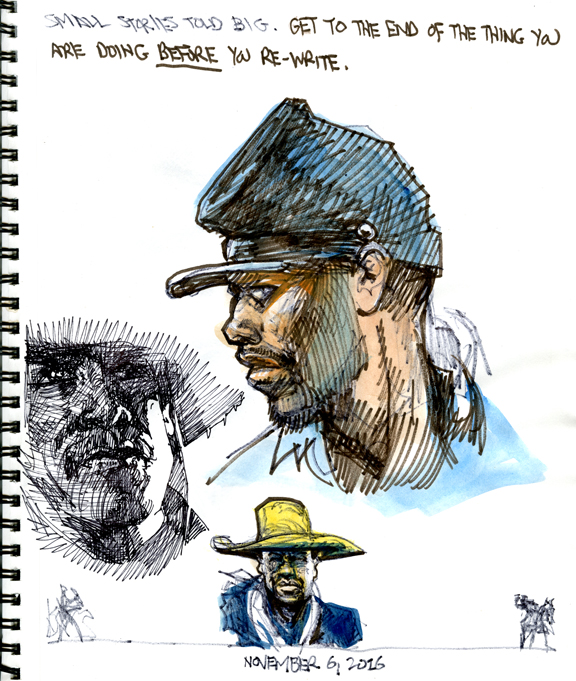 Also did another take on the riding angle: 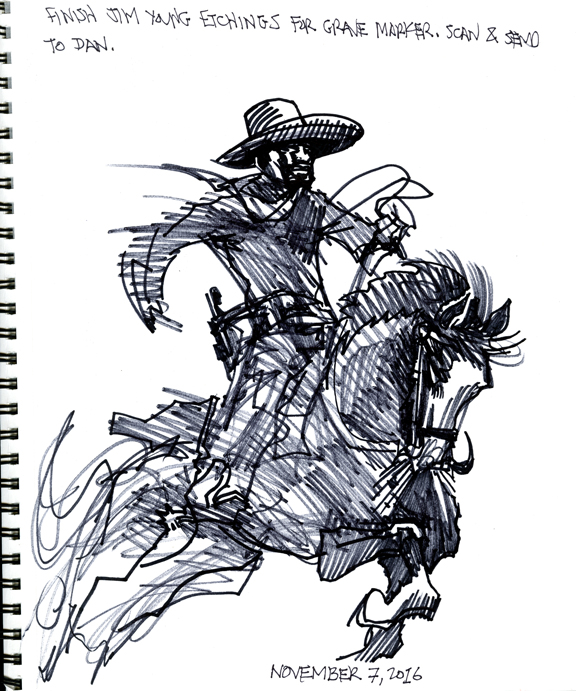 Note how the looseness of the riding is much more fluid than the "finished" version. Decided to try a scratchboard of this basic idea: 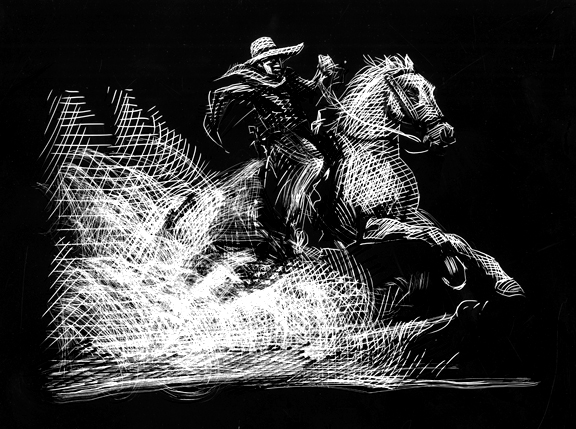 Daily Whip Out: "Black Man On A White Horse"

Still not right. Need to let it go. Yeah, right.

"This is a grave matter."
—Old Vaquero Saying