Johnny Lingo Knows What The Deuce He Is Talking About

November 30, 2016
Inspiration comes at odd times and in odd places: for example, there I was in Yuma of my own free will. Drinks were involved and I was hanging with a wild crowd of historians at the Arizona History Conference, last April. Our collective IQs were shooting up higher and higher until we were all hovering into the mid-double digits. Like historians everywhere we were complaining about the low IQs of everyone not associated with history. Somebody said, "Right as rain," and another historian said, "I'm your huckleberry." That's when my friend, John Langallier, said, "You need to have me do a linguistics column where I explain to your fine readers where Old West terms come from." Much to his surprise, I agreed on the spot. The late, and great, Paul Cool (it was his last conference) told me I "was off my rocker." Hutton chimed in that I was "one brick shy of a load," and I agreed, and told John those are exactly the kind of sayings and words Johnny Lingo needed to talk about.

So, I came back to Cave Creek and assigned Dan The Man Harshberger to come up with a spiffy logo for the proposed column. Dan did two. This is my favorite. 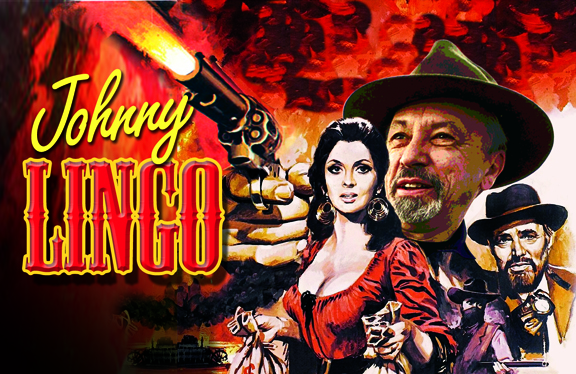 Wise Acre Knows Doodly and Where The Term Came From

Linguist Is Loaded for Bear And Cuts The Mustard

He Knows What The Deuce He Is Talking About

Highfalutin Verbal Hi-jinks Explained So Even You Can Understand

A Verbal Hootenanny for The Hot to Trot

Get Ready for A Verbal Humdinger

Listen Up: He's Got Some Splainin' to Do

Explaining Kit And Caboodle, Among Other Things

You get my drift. Like any of these? Do you have a better one? I want to hear it, if you do. Here's the other logo: 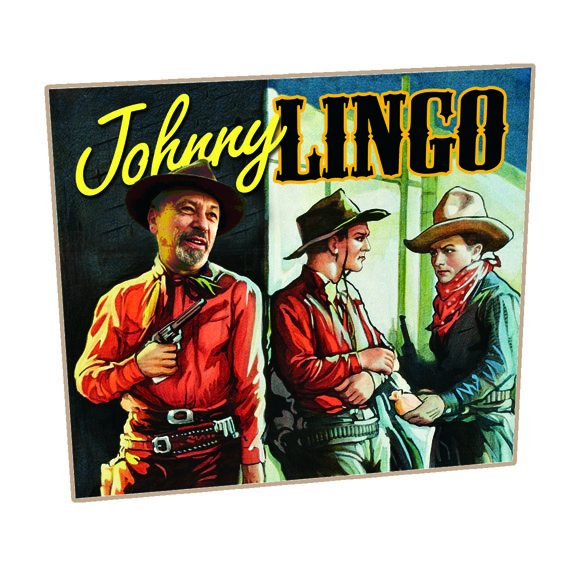 "Finding the right word is the difference between lightning and lightning bug."
—Mark Twain