Why Do So Many Route 66 Singers Mangle My Hometown?

November 4, 2016
Two women came into the True West World Headquarters this morning. One of them, Mary Lucille, is the sister of Jackie King, one of my models for Honkytonk Sue. She mentioned she has a textile business and she wanted to gift my book, "The 66 Kid," to her fabric rep who lives in Waco, Texas, but is from Kingman. She told me the guy is a lot older than "us," and when I asked for his name to sign the book, she said, "H.D." And, of course, I said, "H.D. Wilbanks?" And she said, "Yes, how did you know?" And I said, "Well, first of all, he's not that much older than me, and two, he was a cool guy! And his parents owned the Hillcrest Motel, which is prominently displayed in the book Daniel Harshberger and I did." 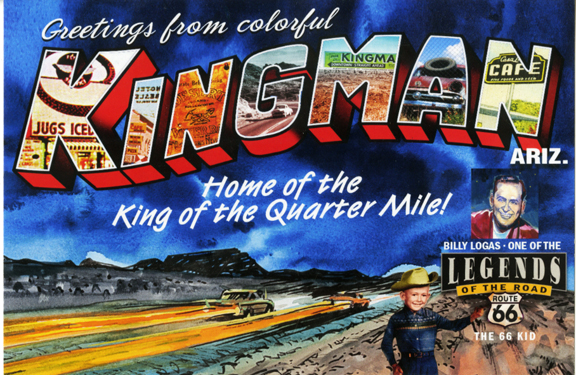 I don't know exactly why, buts the lyric that mentions Kingman in the classic tune "Route 66" gets mangled in so many versions of the tune, from the Stones—Mick has it as "Bixlow"—and Tom Petty (unintelligible) and Perry Como (who adds an s, as in Kingsman) to this busker, sitting on a bench in Seligman, Arizona:

The song Route 66 has to be one of the most covered songs in Rock 'n' Roll, from Nat King Cole to Depech Mode to John Mayer and Chuck Berry. And none of them mangle any of the lyrics EXCEPT for the Kingman lyric. And, speaking of Route 66, I got a package in the mail from Scott O'Connor, thanking me for my talk last week at the Phoenix 100 Rotary. Inside was a nice note and these pajama bottoms. 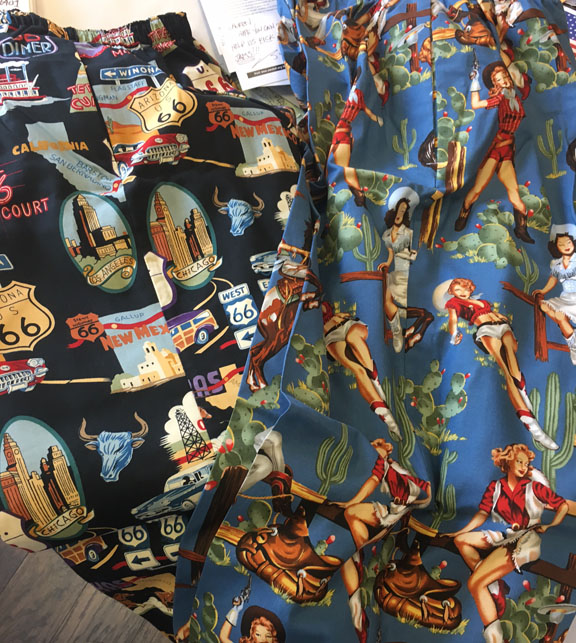