November 23, 2016
Got up this morning and took a run at a certain larger than life Old West character before I came into work. Daily Whip Out: "The Great Western Looms Over Yuma Crossing" 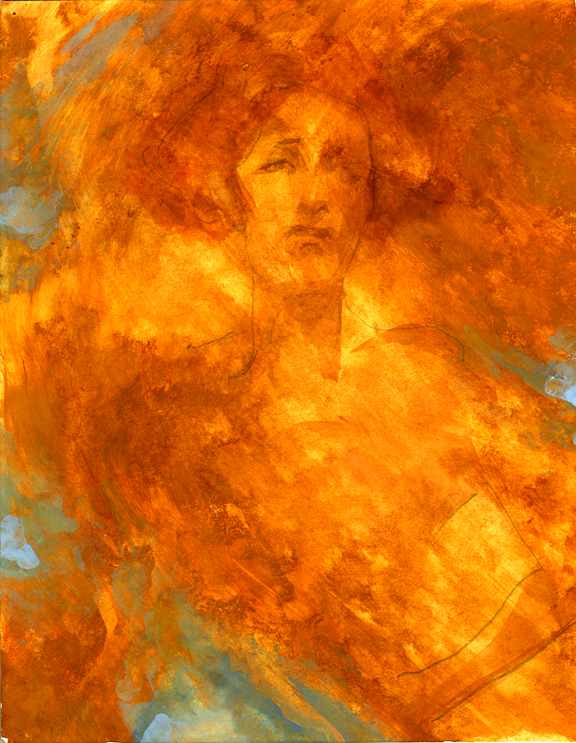 Daily Whip Out: "The Great Western Mish Mash No. 1"

Did the above work-up on Sunday. Decided to leave it and scan it as is, and then develop her features day by day, bringing her slowly into focus. Yesterday, I went home for lunch and took another run at the murky Ms. Great: 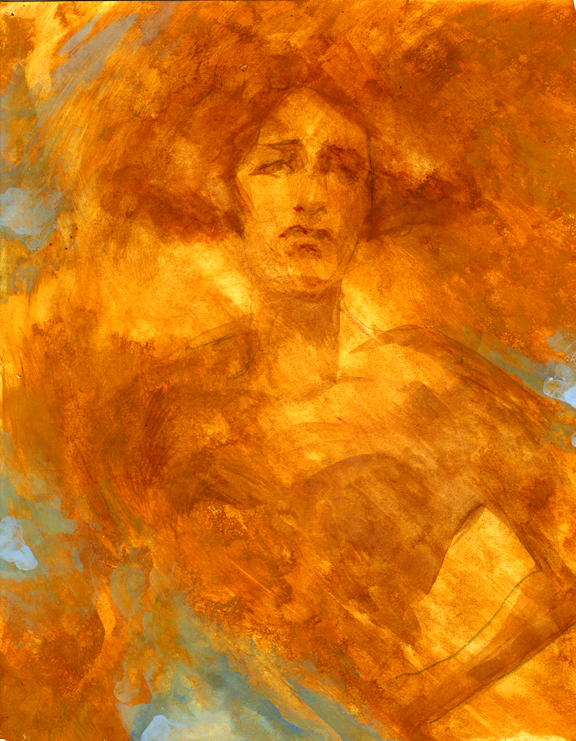 Daily Whip Out: "The Great Western Mish Mash No. 2"

Dialing it in, one wash at a time. Set some goals last weekend and jumped in with both feet and my left hand: 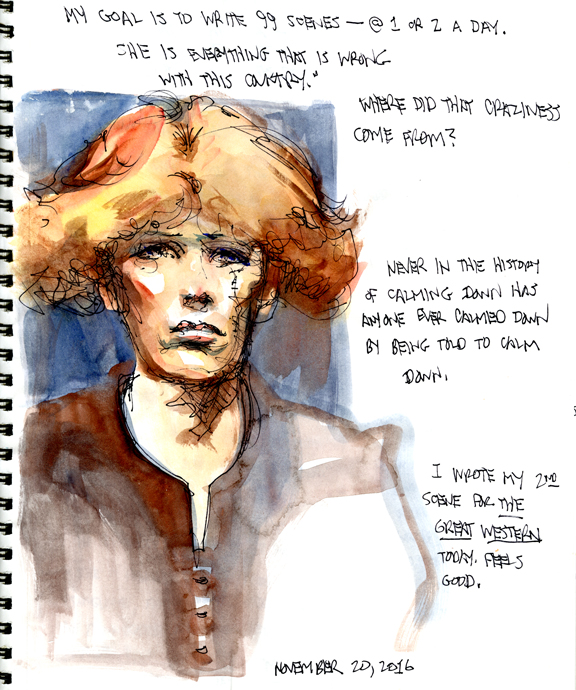 Legend says at the battle of Buena Vista, she received a saber scar to her cheek while working a cannon position before slaying the Mexican soldier who cut her. After that she cut a broad swath across the Southwest from El Paso to Yuma Crossing.

"She could whip any man, fair fight or foul, could shoot a pistol better than anyone in the region, and at black jack could ouplay—or, out cheat—the slickest professional gambler."
—Texas Ranger John Salmon Ford