February 10, 2017
Thanks to our intrepid image hunter Rhiannon Deremo, I was able to dig out some very rare Apache photos this morning. Check out these beauties: 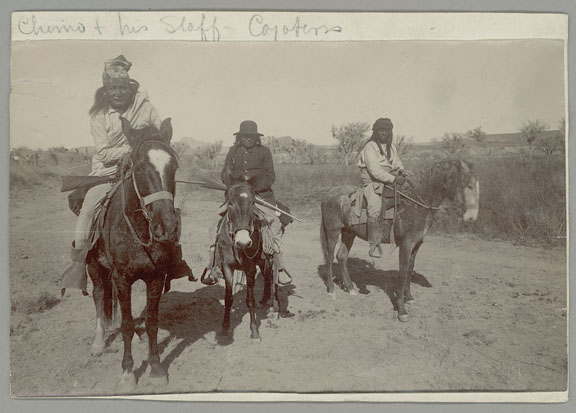 Chief Chino, at left, and his staff,  Coyotero Apaches

And here's a group photo with Alchesay (name written on vest) 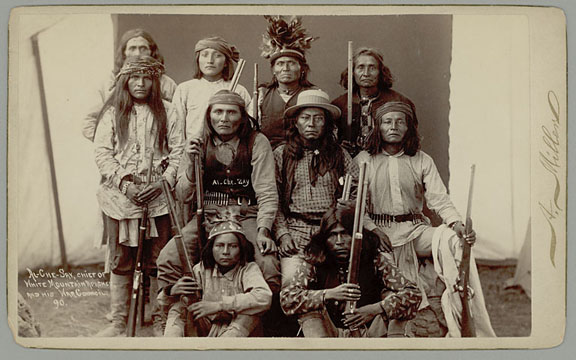 Alchesay and a group of White Mountain Apaches

Alchesay was a Medal of Honor recipient, he is in the famous photo of Crook on his trusty mule and, thanks to Pastor Arthur Alchesay Geunther,  the high school in White River is named Alchesay High School in his honor. Here's another photo I have never seen, taken in Globe, Arizona: 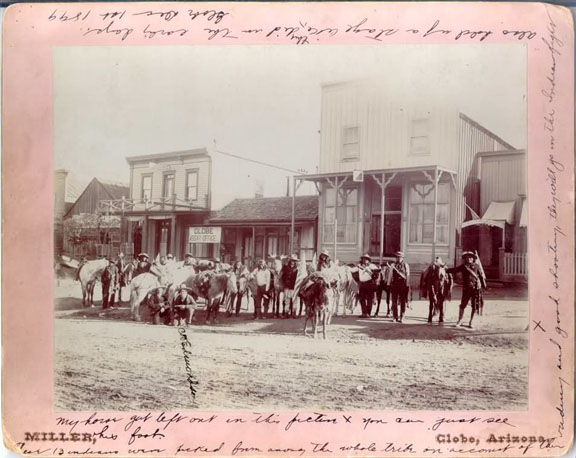 And here's a close-up of Alchesay from the above photo: 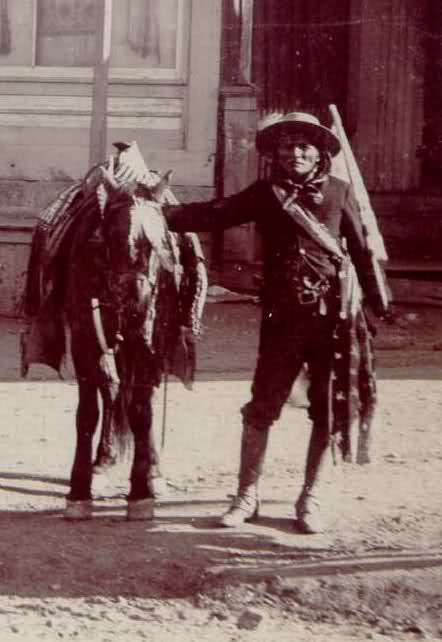 These photos and more are on a website: www.American-Tribes.com along with several pages of the "Apache Tag Bands of Fort Apache," compiled by Greenville Goodwin.  It lists many of the clans and tribes and their leaders. Some of the chiefs have weird monikers, for example, for Alchesay it says his Apache name is tsajn ("swollen one"). Reading between the lines, could it be that someone said he was "full of himself"? Another chief tcilki ane ("Rectum"), which I assume means Chief Rectum? Or, once again, reading between the lines, Goodwin asks the translator, who is that guy? And the Apache says, "He's not a chief, he's an asshole." And the Greenville says, write him down as "rectum." Another chief's name translates to "Angry He Waves Something Long Back And Forth." I can imagine the scribe saying, "Quit messing with me and tell him to put his pants back on."

But, my personal favorite from the list is Hacki-nay, also known as Toggy Snoggy ("Big Nose"). 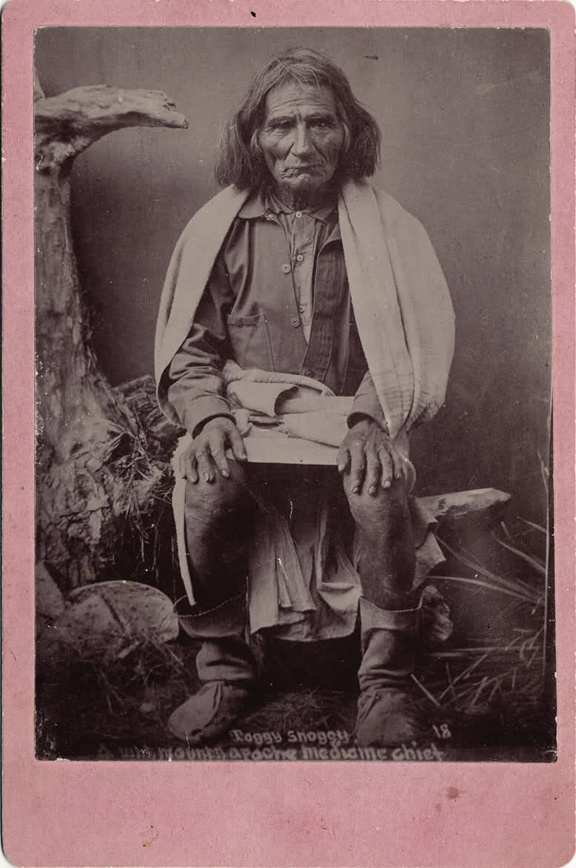 "You can't make this stuff up."
—Old Vaquero Saying