My Kingdom For An Ass

February 17, 2017
Spent the morning utilizing some great photo reference I got yesterday with Lee Anderson and his mule. 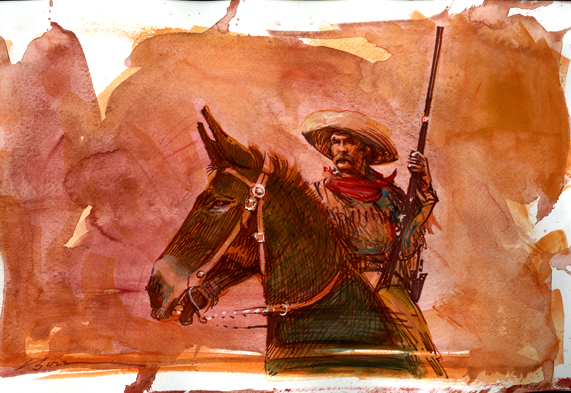 Daily Whip Out: "Kit Carson On The Hunt"

Wanted to capture that early morning light and how it plays on a mounted rider traversing a mountainside: 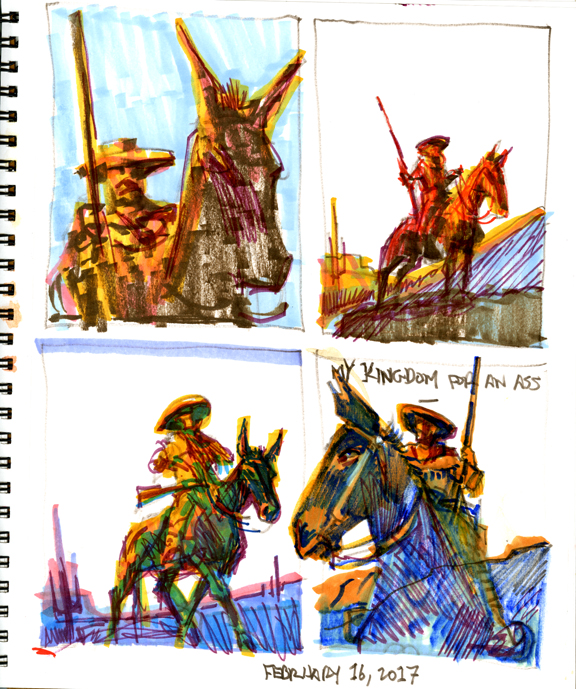 Daily Whip Out Sketches: "Kit Carson On The Hunt"

My Kingdom For An Ass
I read somewhere that both Napoleon and Santa Anna (who styled himself as the "Napoleon of The West") barely escaped capture on separate ocassions, by fleeing on mules. In the case of Napoleon, he knew a mule was more sure-footed and would help him traveling by night, whereas his Arabian stud would probably cause him to be discovered. I believe Santa Anna was in a carriage pulled by mules and cut one loose to effect his escape from U.S. troops who were closing in on him.

Speaking of great mule stories, I want to gather a few more mule stories. The kind where you have witnessed mules doing something amazing, or crazy. If you have one send it to me at:

Include your full name, city and state. If I use your story in our upcoming mule opus you will receive a free subscription (or artprint, if you already have a sub). Thanks.

Learning to push the color on those mules, above. Learned that from van Gogh, of course. I am learning, slowly but surely.