February 26, 2017
Spent most the day trying to capture Custer On The Rise (1867). Studied his known photographs of him mounted on horseback. Someone told me he had a dozen horses shot out from under him during the Civil War, which would make the horse he was riding at the Little Bighorn, the 13th horse. I've long thought that would be a cool title: "The Thirteenth Horse." 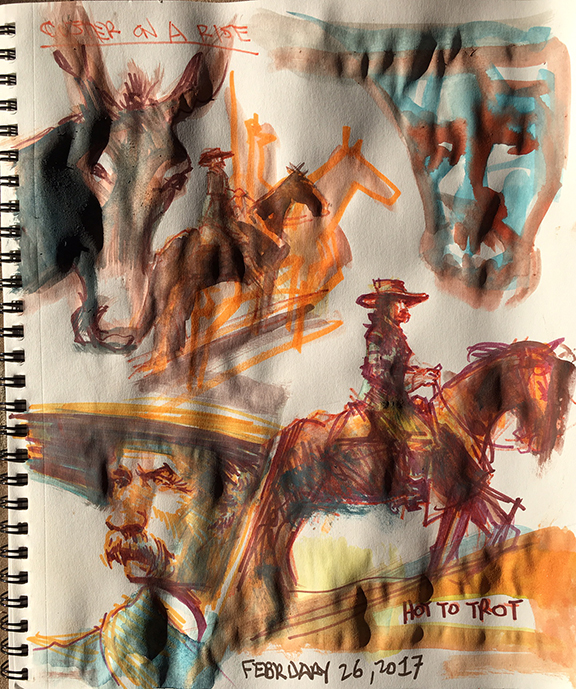 Got an ambitious scene going of William Cody on his mule, flanking Custer as they set off on their 65 mile ride. One version says Custer rode his horse to death. Trying to confirm. Talked to Hutton (he's skeptical) but forwarded him a version by Cody's sister saying that is what happened. Waiting for verdict.