Dan Thrapp Was The Historians' Historian Who Also Rode Mules

February 28, 2017
Rained most of the night and all this morning. The washes were rippin' so I stayed home and took a couple swings at some mule art coverage.

Got into the office at two, got a great photo in the mail from Lynda Sanchez in Lincoln. She thought it might be a cool photo for the mule issue.  She is absolutely right about that! 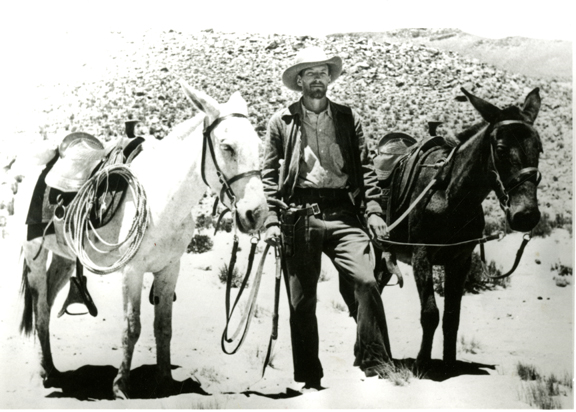 Dan was crossing the Andes from Argentina to Bolivia in order to enlist. Check out those saddles.  Here's the back story:

Pack Mule Specialist, Dan Thrapp
After Pearl Harbor, the young United Press reporter, Dan Thrapp, and another American wanted to head home from their Buenos Aires assignment to join the army.  Strangely, the quickest way was by mule over the rugged Andes Mountains separating Chile and Argentina.  Rough passage required pistolas and tough men.  Once they got to the coast they caught a freighter back to the U.S.  Thrapp was assigned to the Burma, China, India Theater of Operations.  He became a pack mule specialist and served with special forces for more than two years until malaria took its toll and he returned home.  As a result of his experience with mules, Dan became an ardent admirer of the animal and often commented that he would take a mule over a horse any day of the week, including Sunday! Perhaps this is one reason why he understood the value of the mule and the frustrations of the U.S. Cavalry during the closing days of the Apache wars.  Without mules and the Apache Scouts, those wars would have continued long after 1886. Dan Thrapp authored 14 books including six on the Apache Wars.

The above info was provided by Lynda A. Sánchez, one of Dan Thrapp’s greatest admirers.  Photo Courtesy Linda Nicholl (Dan’s daughter), from Lynda Sánchez collection.

Dan was the historian's historian. I only got to talk to him on the phone before he passed, but we all admired him. Back to mule art coverage: 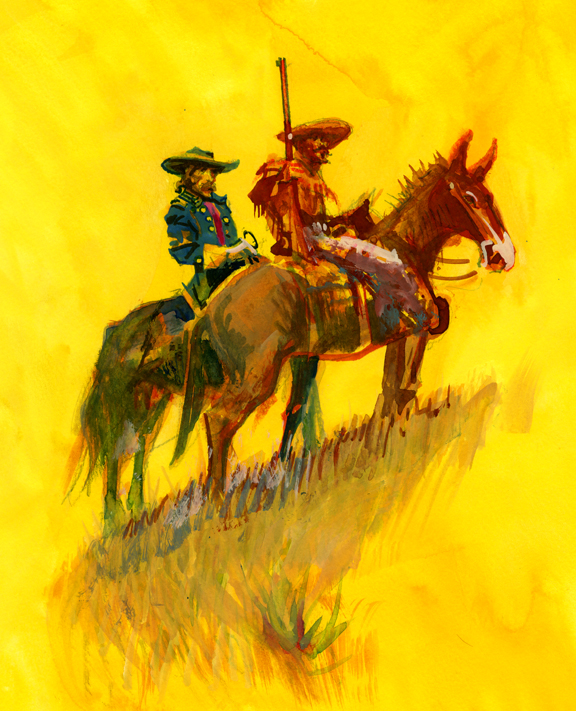 Daily Whip Out: "Custer & Cody Before The Race"

I also did a solo shot of Buffalo Bill astride his grey mule: 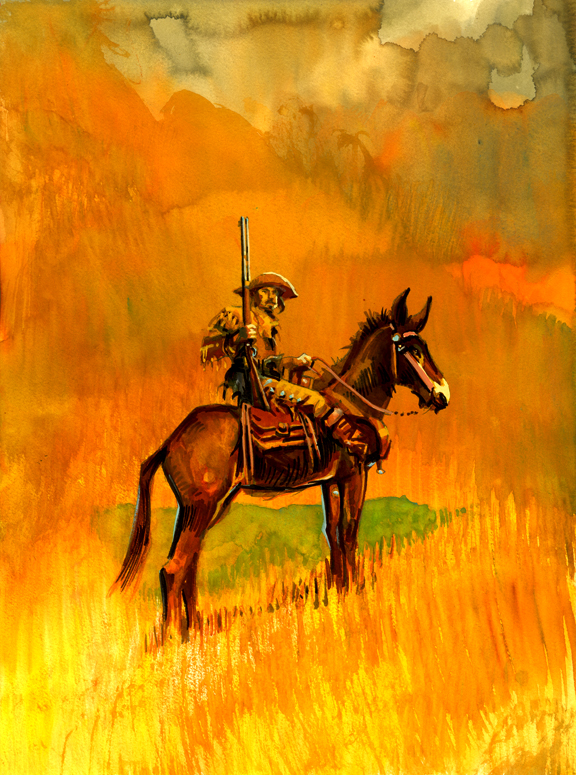 Daily Whip Out: "Cody On His Trusty Mule"

Thanks to "The Jackass Lady" we have compiled some great stuff, like this:

A Jackass And His Illegitimate Child, Will Eat Anything
“Sage-brush is a very fair fuel, but as a vegetable it is a distinguished failure. Nothing can abide the taste of it but the jackass and his illegitimate child, the mule. But their testimony to its nutritiousness is worth nothing, for they will eat pine - knots, or anthracite coal, or brass filings, or lead pipe, or old bottles, or anything that comes handy, and then go off looking as grateful as if they had had oysters for dinner.”
—Mark Twain, Roughing It