Chief of The Smartasses

February 1, 2017
I am proud to say I grew up with a whole bunch of kids from the Hualapai tribe. Plus, we even had a smattering of kids from the Havasupai Tribe and the nearby Mojave Tribe. I found them all to be great friends, talented athletes, resilient survivors and almost to a person, very funny. In fact, I would go as far as to say, the one trait I admired the most in these tribal folk is that to a person, they were all flat out smartasses. 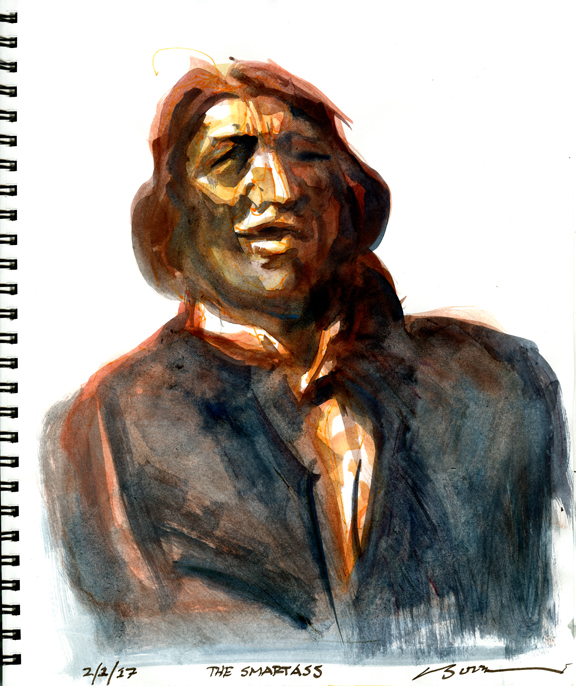 Daily Whip Out: "The Smartass" 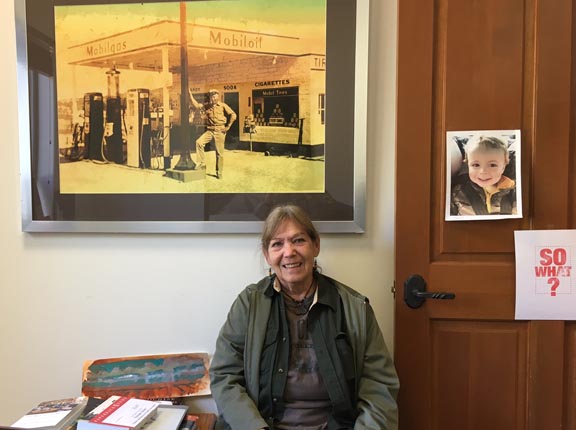 One of the founders of the Hidden In The Hills Artist Studio Tour, Judy Darbyshire.

Judy did cartoons for us and spot illustrations, including a series called "Classic Hair Doos" which featured, in one episode, a dead-on caricature of an Indian Blunt Cut Flattop: Judy Darbyshire's masterful take on a Hualapai Flattop in the Razz, circa 1975.

Judy wrote at the bottom that the above illustration is "a combo of Dayton and Delano Havatone." She is referring to my high school annual which I sent her home with and she extrapolated between my two smartass MCUHS classmates. I also wrote about this in "The 66 Kid," saying that nobody rocked a flattop like the Hualapais.

In this day of severe tribal tendencies, count me in with the Hualapai Smartass tribe. Back in 2014, one of them, Alan Tapija, unofficially named me Bah-chuk, which he told me is Hualapai for "boy who made us laugh." I'm not sure I trust Alan because phonetically at least, it sounds like it means "bat shit crazy boy." But then, that's just me, being a smartass.