The Father of Our Country On Spanish Jack

February 20, 2017
In honor of President's Day, we should all tip our hat to the Father of our Country: 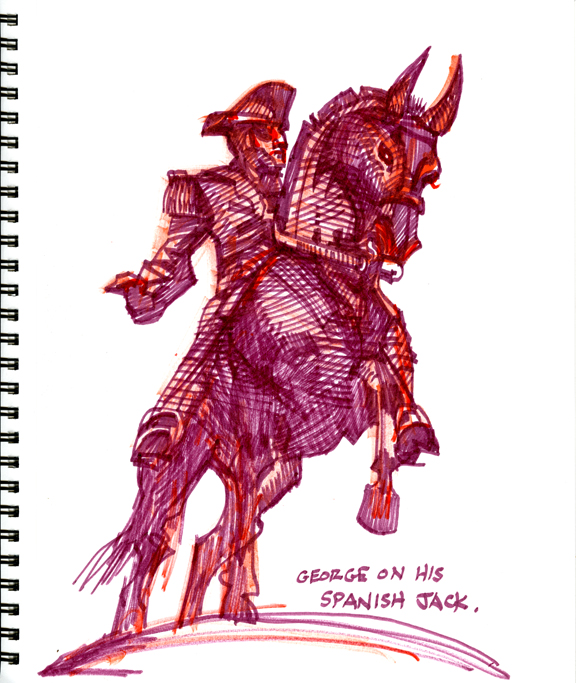 Daily Whip Out: "George On His Spanish Jack"

The Father of Mules In The U.S.
"I have a prospect of introducing into this Country a very excellent race of animals also, by means of the liberality of the King of Spain. One of the Jacks which he was pleased to present to me (the other perished at sea) is about 15 hands high, his body and Limbs very large in proportion to his height; and the Mules which I have had from him appear to be extremely well formed for Service. I have likewise a Jack and two Jennets from Malta, of a very good size, which the Marquis de la Fayette sent to me. The Spanish Jack seems calculated to breed for heavy, slow draught; and the other for the Saddle or lighter carriages.

"From these, altogether, I hope to secure a race of extraordinary goodness, which will stock the Country. Their longevity and cheap keeping will be circumstances much in their favor. I am convinced, from the little experiments I have made with ordinary Mules, (which perform as much labor, with vastly less feeding than horses) that those of a superior quality will be of the best cattle we can employ for the harness.
"And indeed, in a few years, I intend to drive no other in my carriage: having appropriated for the sole purpose of breeding them, upwards of 20 of my best Mares".