The Horse Who Loves to Moonwalk

February 12, 2017
Yesterday, Greg Carroll, myself and Hilda Huntress, motored  over to Wickenburg to ride in the annual Gold Rush Days Parade. Joining us, as usual was Mr. Crowd Pleaser,  Lee Anderson aboard Concho: 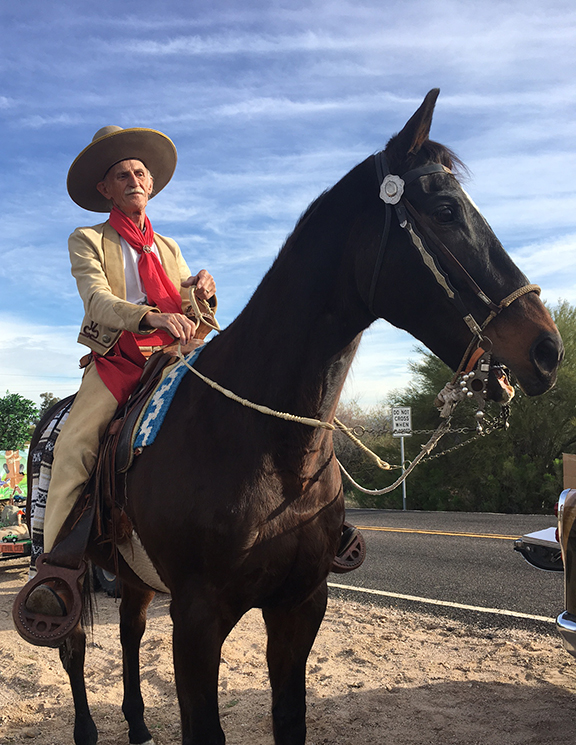 Lee Anderson on Concho in the staging area

For this year's parade, Lee wore his authentic vaquero gear. Spanish spurs, charro outfit and a tricked out sugarloaf sombrero to die for. He also made the saddle himself.

Moonwalking With Concho
The crowd, especially the kids, go crazy over Concho's Moonwalk.

"The American government resembles a burro, but on this burro lawyers will ride."
—Padre Antonio Martinez (1793-1867), Taos, New Mexico