February 7, 2017
Working on a variety of things. Last weekend, I finally got to see "Manchester By The Sea," and I wasn't disappointed. I absolutely think Casey Afflect is one of our finest actors and it makes me want to revisit his stunning, dead-on portrayal of Robert Fort in the Brad Pitt Western, "The Assasination of Jesse James By The Coward Robert Ford." Anybody who can make us feel sorry for that back shooter is doing something amazing. 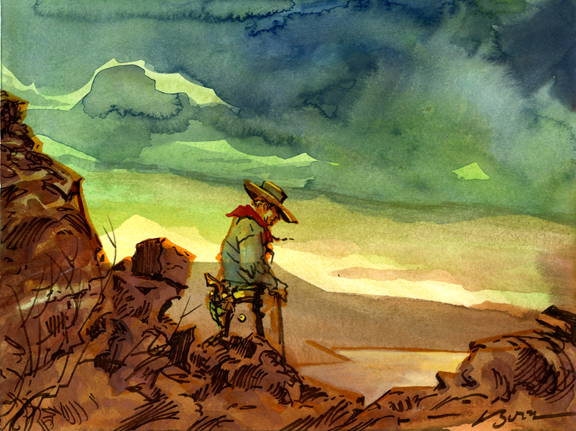 Daily Whip Out: "He Searched Among the Rocks Looking
for The Body He Hoped He Wouldn't Find"

Yes, I poached that head-down cowboy from a certain movie poster. 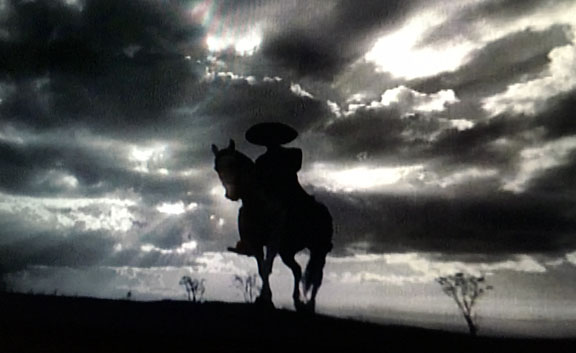 BBB's Obit Bits: One Sentence at A Time
All my life I have tried to uncover the truth about the real Old West. I just want to know the truth, warts and all. I admit, I was offended by some of the hero worshipping but I also hated the opposite: the revisionist takedown. If I had my life to do over I would do everything exactly the same except I wouldn't go see "Dirty Little Billy."  In the end, I was disappointed to discover, most people don't want to know the truth. But I did.

"History is defined by people who don't really understand what they are defining."
—Chuck Klosterman