July 9, 2017
Trying to finish a big sketchbook before I leave on Wednesday for France. I'm taking along a smaller sketchbook on the trip for compactness and maneuverability, so I've got to do 16 pages of sketches in three days to finish the big sketchbook. Here's six of them. 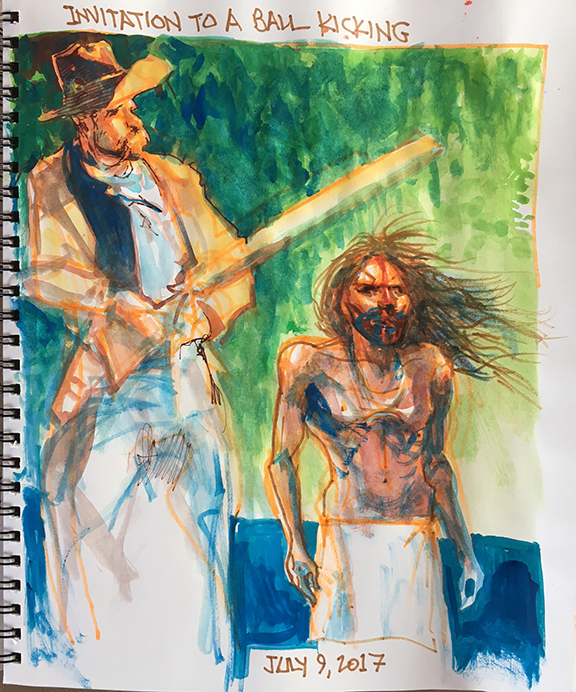 Daily Whip Out: "The Sentry And The Butcher"
(yes, that's Jim Hatzell at left).

That guy on the right is a Mojave In-din with the vertical red line down the center of his face, with the bottom half of his face painted black. Whipple's crew commented on this ferocious face paint on the Mojaves when they came through in the 1850s. It must have scared anyone who met them in the night, or the day.

Took another swing at the Hatzell pose, channeling my inner van Gogh. 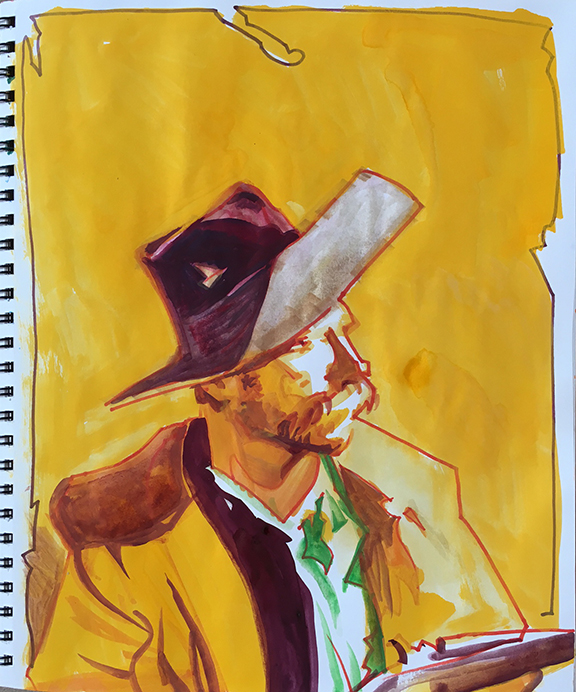 Daily Whip Out: "Hatzell On The Lookout"

And, likewise, took another swing at a Mojave with the racing stripe: 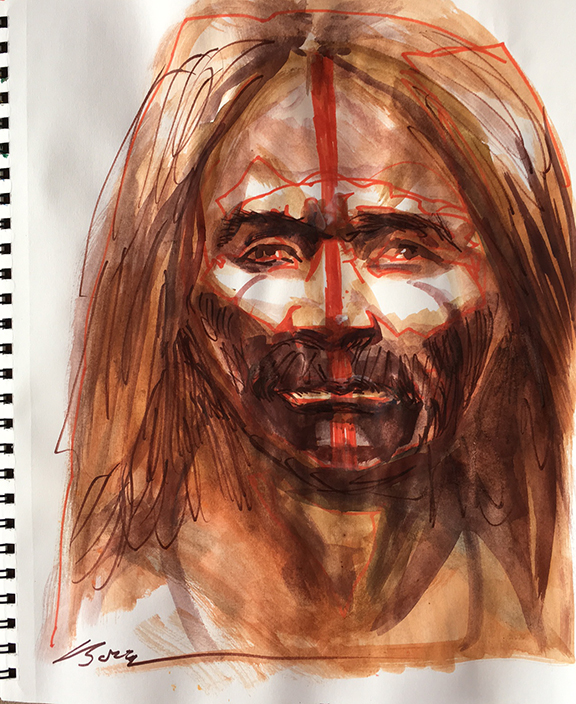 I've also been noodling grizzled old cowboys who don't like their hats messed with. 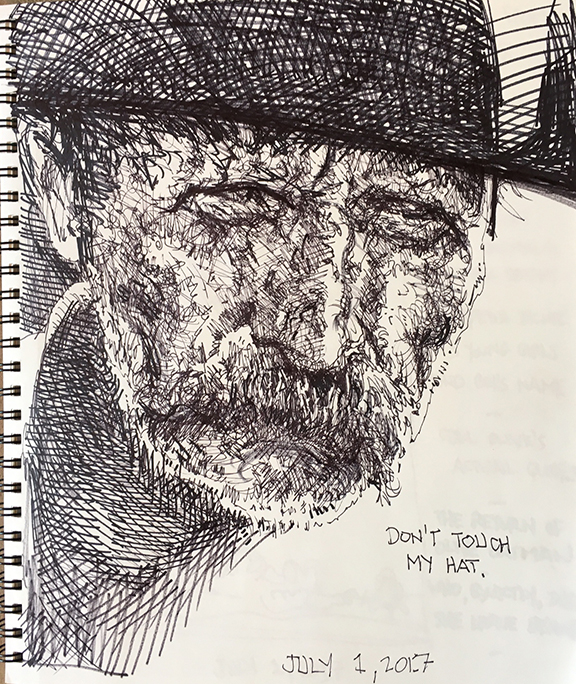 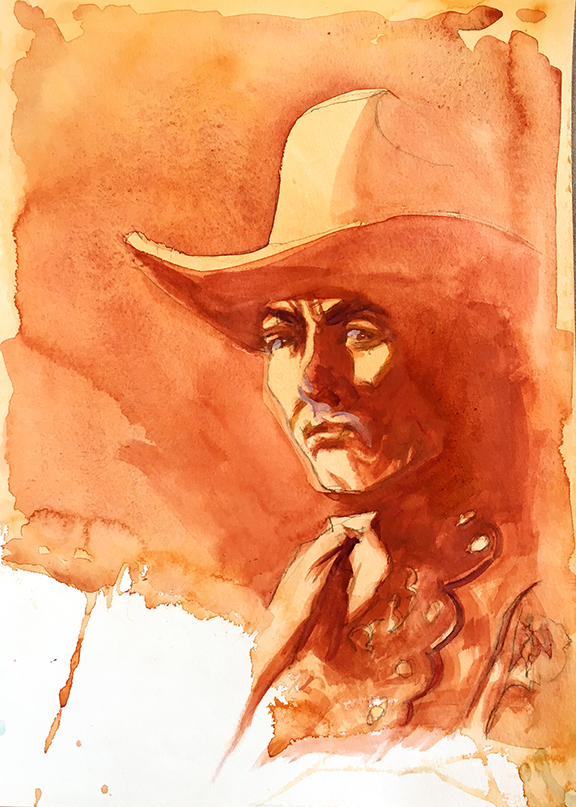 And, finally, I was amused by the critique of a Wyoming cowboy who came into The True West World Headquarters several years ago. When I showed him a True West cover featuring Jane Russell holding a pistol from the movie "The Outlaw" and asked him what he thought of it, he dismissed it with a chin wag, adding, "Might as well put a red light on it." 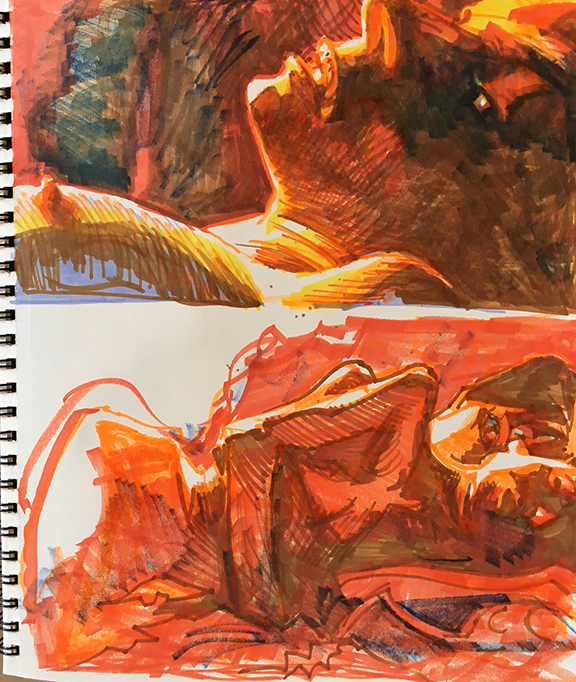 "The wicked flee when no man pursueth, but they make better time when the sheriff is after them."
—Old Vaquero Saying