The Cecil B. DeMille Effect

July 11, 2017
Still scorching hot (108 for the high). Big clouds yesterday afternoon. Whenever we get sun rays shafting down through the clouds, I always refer to it as the "Cecil B. DeMille effect," after the legendary film director who was known for his epic scale and cinematic showmanship. 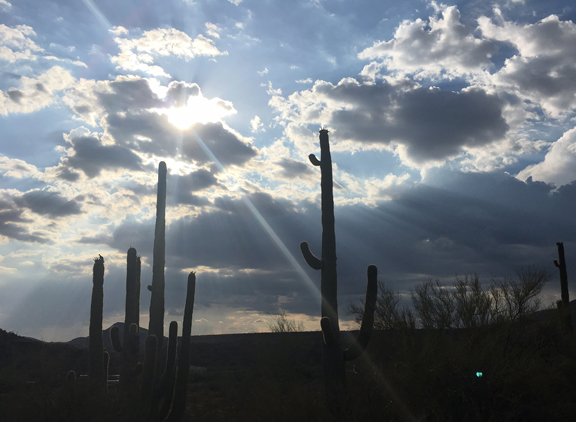 The Cecil B. DeMille effect

Prepping to leave tomorrow for a meeting with half my family. Kathy is in Germany, my son and his family are in Thailand and were all meeting in Paris for Bastille Day. 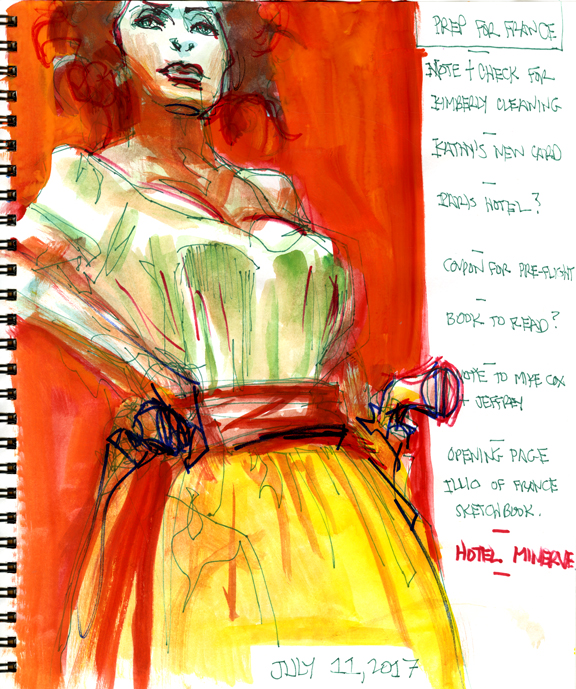 "Dancing on the edge—as usual."
—Paul Andrew Hutton, when I asked him if these latest gals were too sexy?