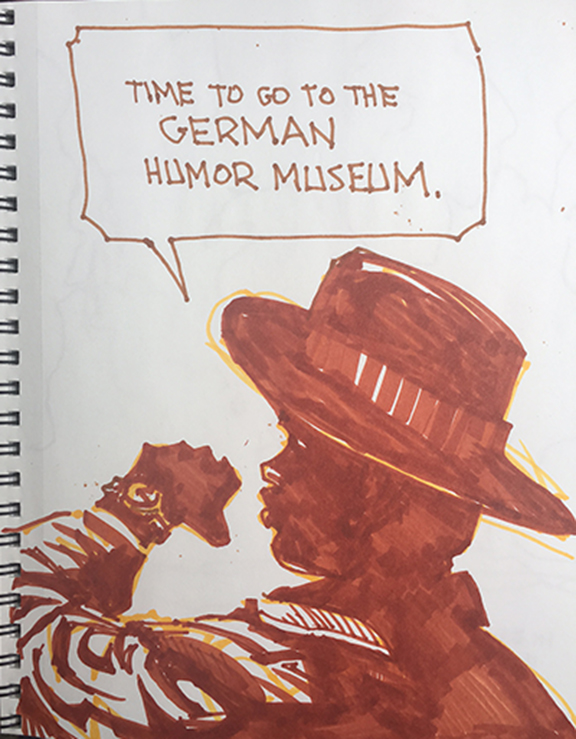 Daily Whip Out: "Time to Go to The German Humor Museum

Most German humor is base on the incorrect usage of German grammar. True, that is rather insular, but, well, okay, I can get into that. The rest can be categorized as follows:

Anti-Frisian Jokes: In the northwestern corner of Germany there are folks known as Frisians who are, by my reading, sort of the Rednecks of the Strudel set. Here is a typical Frisian joke: "How many Frisians does it take to screw i a lightbulb? Five! One to hold the light bulb and four to turn the table."

Pedestrian? Yes, but don't judge. Perhaps it's funny if you you've had a hit of crack or lived under a bridge for a year.

Antiwitz Humor: Germans are crazy for the anti-joke. "Two thick feet are crossing the street. Says one thick foot to the other thick foot, 'Hello!'"

I guess you had to be there. On the street where it happened.

Bauernregein-witze Humor (farmer jokes): "If a farmer lies dead in a room, he lives no more." I realize this is very close to the antiwitz—anti-joke, but here is another one: "If by Waltrude the cuckoo is not heard, it is probably frozen and dead."

Somehow, picturing Goebbels telling this joke makes it funnier, at least to me.

Schudderdeutsch: a form of dubbing. The Germans seem the most creative when it comes to dubbing foreign films. For example, in the British film "Monty Python And The Holy Grail" there is a line, "Hey there ! Who rides so late through night and wind?" This is evidently from a Goethe poem Der Erikonig, but the Germans dubbed this as, "I taught angling to the Saxons, and they've been called Anglo-Saxons ever since." This has nothing to do with the scene or the movie, but it evidently kills in German households who rent the tape. My favorite example is, the Germans took a failed American TV show, "The Arrivals" and turned it into a hit show, changing ALL the scenes to fit the jokes they wanted to tell.

We left Wiesbaden at two and got to the location of the German Humor Museum at 2:30, but it was closed down with weeds growing in the parking lot. I asked a woman at a bus stop if it was expected to open any time soon and she told me she has never seen it open—ever. So, right there is a great joke—on us, the crazy Americans. We all started to laugh at the absurdity of it all, and, as we looked around, everything we saw made us laugh, like these crazy elves in the courtyard. 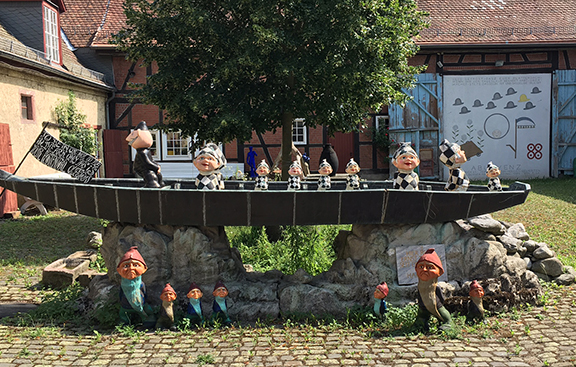 Elves On The Patio

So we soaked it up and looked around. 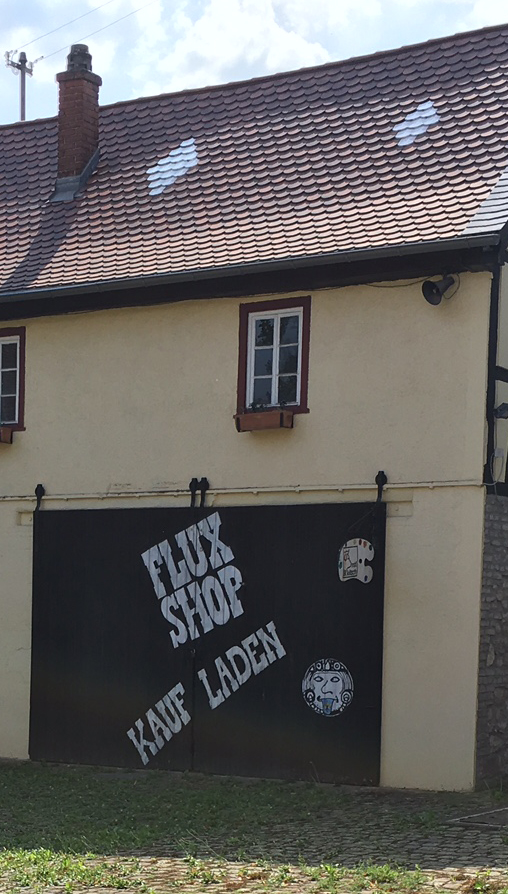 Signs In The Patio

We laughed at signs we couldn't even read. 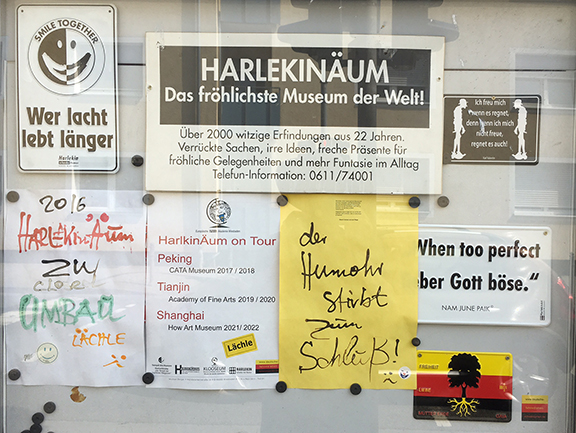 And, at the end of the day, everything was funny to us. 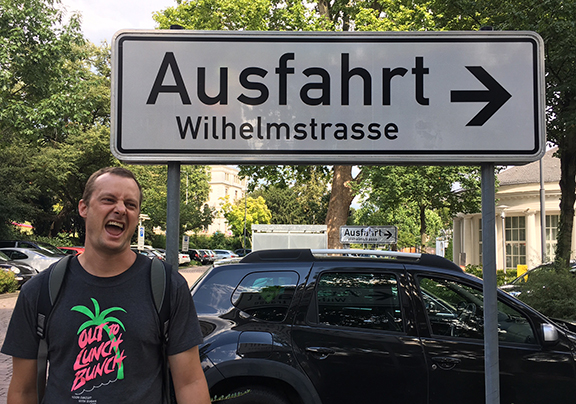 We Americans are so easily entertained. Turns out the German government likes to make us laugh at every exit on every road and even the parking lots, like this sign in Wiesbaden, Germany. Yes, we laugh every time. I know, so low, so crude and so predictable. Sorry, still funny though.

Leading a convoy, my driver shook me awake: "Sir, I think we're lost. We've passed the town of Ausfarht three times!"
—Thanks to Doug Hocking

"Germans are unable to speak the German language."
—Hans Georg Stengel, being so witty we can't even get the joke.