Sarah Brava and The Citizen Cap

July 1, 2017
Thanks to Stuart Rosebrook who sent me a link to some old 1840s photographs, I did a sketch of one of them and realized it could be Sarah Brava [this is my graphic novel name for The Great Western] Love those old style ringlets! They don't do that anymore, do they? 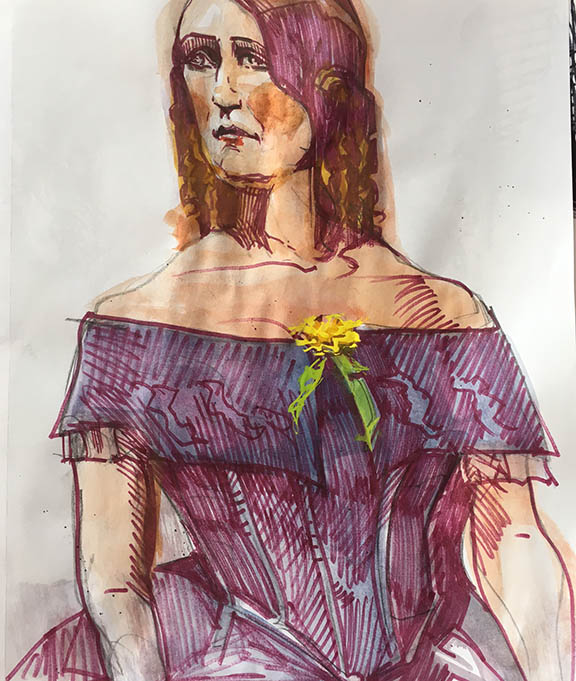 Thanks to some Facebook friends, Jeff Prechtel, primarily, I have been getting an education on so-called Wheel Caps, although Jeff is suspicious of the term, having been told by a historian it's a modern term to describe these caps from the early 1840s. Check out these beauties. 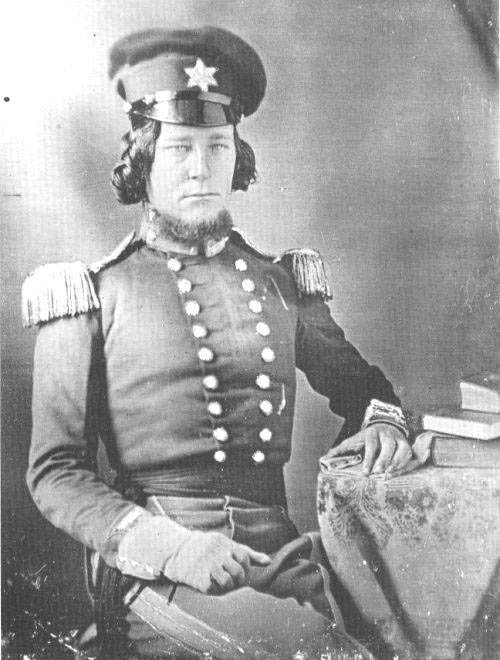 A Dragoon in The Mexican-American War

The Dragoons wore the star on their caps, while the Mounted Rifles wore gold embroidered eagles on theirs. 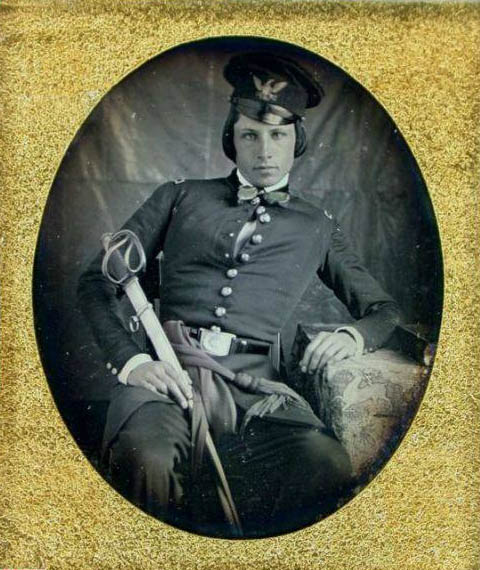 A Mounted Rifles U.S. soldier from the Mexican War period.

Check out this classic shot of what appears to be a group of tradesmen:

And check out this bad boy: 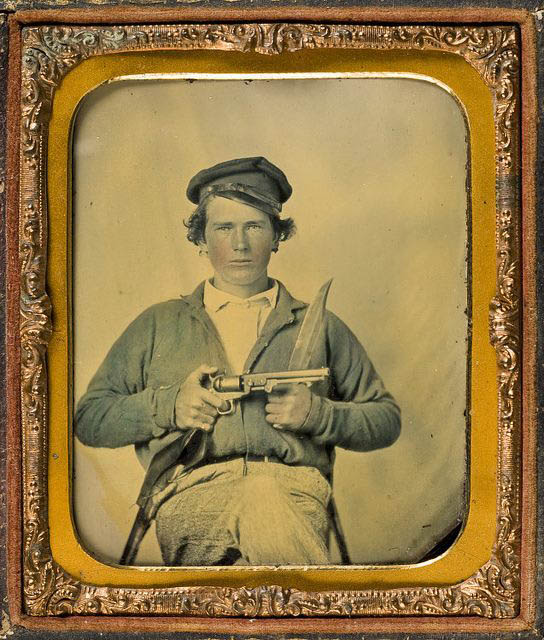 So, I have some great reference and I've been noodling a few of these to see how they might work with a certain wild woman of the Wild West. 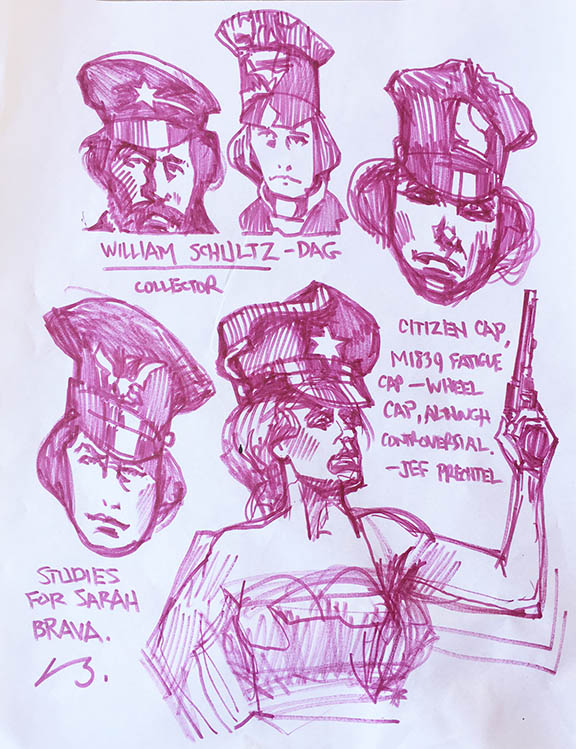 Here's the quote that led me to the cap:

"She slew a Mexican who cut her across the cheek with his saber. She boasts a large scar on her cheek from this wound. She appears here modest and womanly not withstanding her great size and attire. She has on a crimson velvet waist, a pretty riding skirt and her head is surmounted by a gold laced cap of the Second Artillery. She is carrying pistols and a rifle. She reminds me of Joan of Arc and the days of chivalry."
—Sylvester W. Matson, a soldier at Fort Webster, 1852