September 20, 2018
It sprinkled on and off for most of the day yesterday, lifting around six last night. My neighbor, Tom Augherton, came up to get the papers and caught this sweet shot of the ridge across the street from our house:


Speaking of unexpected rain on the desert, I have always loved this wonderful photograph, taken in northern Arizona in 1901: 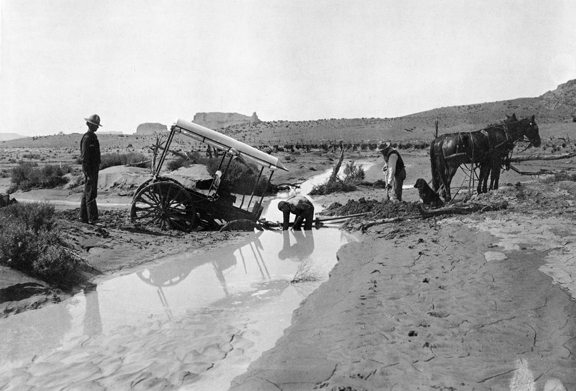 "It doesn't look that deep," is probably what the men in this photo thought before they attempted to cross a deceptive stream on the Navajo reservation. Photo is by Adam Clark Vroman, 1901. "Something that happened on the trip," it says on the back. They were evidently on the way to Walpi and Tewa, both Hopi towns, at that time a remote part of Arizona.

Working out of Pasadena, California, Vroman took some great photos of In-din country. Here he is posing with his pony and camera in Canyon de Chelly in 1904 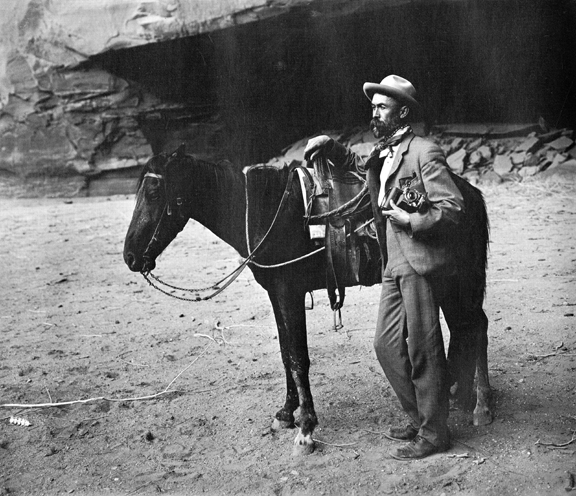 Vroman died in 1916 and his photographs were forgotten until Lawrence Clark Powell, then librarian at U.C.L.A., initiated a search for the lost negatives in 1953. The search was successful, saving some real treasures. Part of his impressive collection, including these two photos, is on display in a book I own called, "Photographer of the Southwest: Adam Clark Vroman, 1856-1916." Published by Bonanza Books out of New York.

And speaking of the old days, the following quote by a regional writer makes me smile:


“The farmer’s wife who raises a large family and cooks for them and makes their clothes and keeps house…and thoroughly enjoys doing it all, and doing it well, contributes more to art than all the culture clubs.”
—Willa Cather