September 1, 2018
When I'm not riding herd on my history wildcats (you've perhaps heard the complaint, "it's like herding cats") I am knee deep in ferreting out a compelling story.

In this story I see border troubles, I see Arizona Rangers, I see bandidos and I see Rurales, who many times contained a fair share of bandidos, who were captured, then given a chance to work off their prison time as a Rurale. 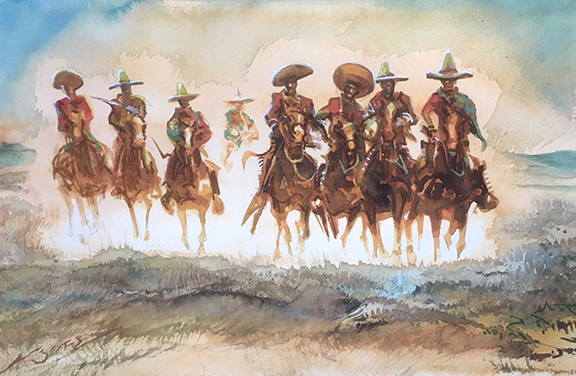 For inspiration I am culling notes, from several excellent books, including John Reed's "Insurgent Mexico," "Conquistador: Hernan Cortes, King Montezuma, and the Last Stand of the Aztecs," by Buddy Levy, "The Power and The Glory," by Graham Greene, and "God's Middle Finger," by Richard Grant.


"This is my dear friend John Reed, my brother."
—Captain Jongino Guereca,  introducing the American journalist to his parents 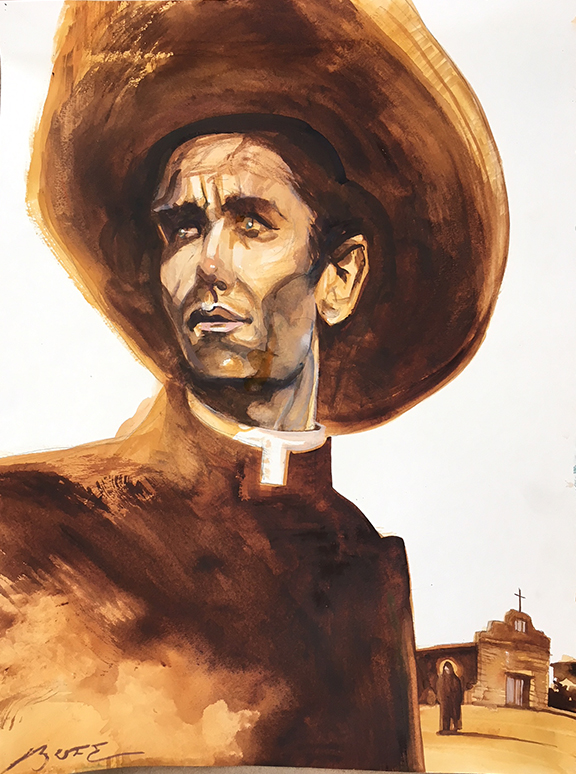 "The Father of Ojos de Gringo"

This was inspired from the movie "The Fugitive," directed by John Ford and starring Henry Fonda as the "whisky priest." I was tempted to call this "Father O'Feeney" but resisted.

"They were rough but sentimental men, capable of affection and deep friendship."
—Reed on the Mexican Revolution fighters

He was fascinated by the greatness of the desert and the noble generosity of those ragged, starving peasants always ready to stake their lives on an ideal, be it friendship or freedom.
—on Reed

"Dig deeper, you swine. I don't want the coyotes to get me!"
—William Benton, an arrogant British slaver, about to be executed

Reed is compared to a mural painter, whose "Specialty is the great fresco where history is revealed in a thousand details."
—Renato Leduc

By the way, Kathy and I are rewatching "Reds," which is the story of John Reed (Warren Beatty) after his Mexico sojourn, when Reed went on to write "Ten Days That Shook The World." I find the interview snippets of real people who actually knew Reed and Louise Brooks, absolutely brilliant (although I didn't think this at the time the movie came out). I can't believe no one else has utilized this fascinating way to narrate a true story. Or, has someone used it and I don't remember it? 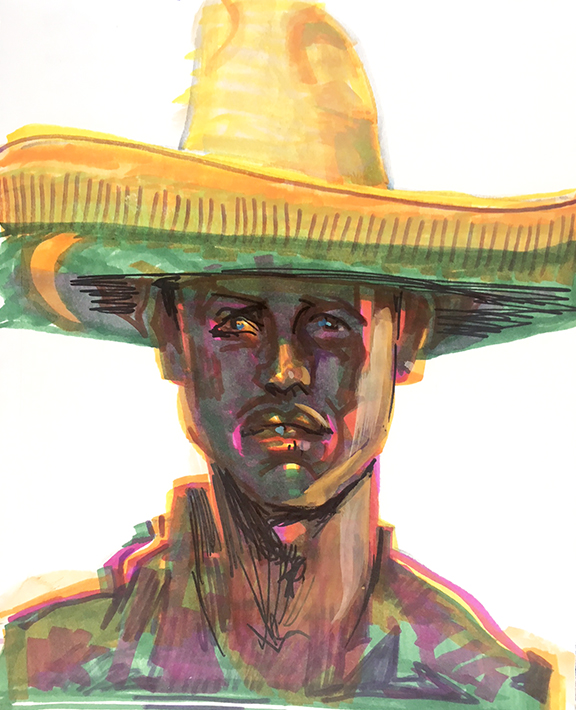 Daily Whip Out:
"The Blue-eyed Vaquero"

I'm also working on a Texas cowboy to throw into the border mix: 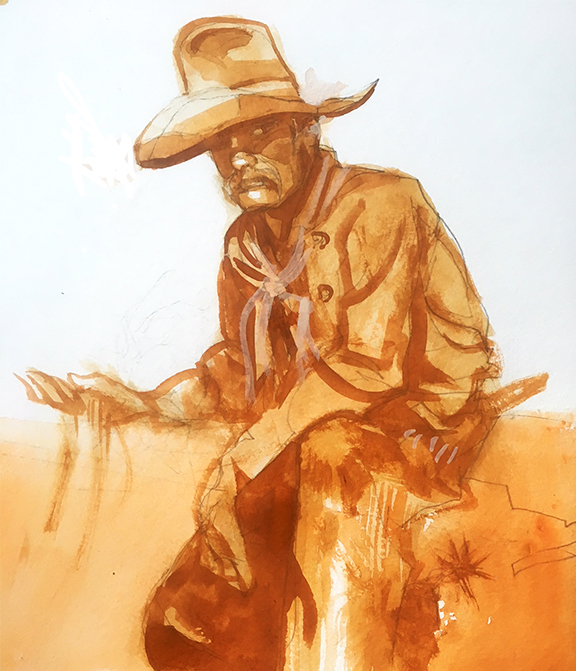 I've always liked the moniker "Texas Jack," and it has been used by several, real Old West characters including "Texas Jack" Vermillion and "Texas Jack" Omohundro. I may go with this handle:

“Those vaqueros down there are pretty damn strong on pretty, usin’ plenty of hoss jewelry, silver-mounted spurs, bits, an’ conchos.”
—Texas Jack O'Connor
Posted by Bob Boze Bell at 6:27 PM