The Passing of a Legend, Jeb Rosebrook

September 2, 2018
A week ago,  Mark McDowell and I met at Jeb Rosebrook's house in Scottsdale to make a final toast. 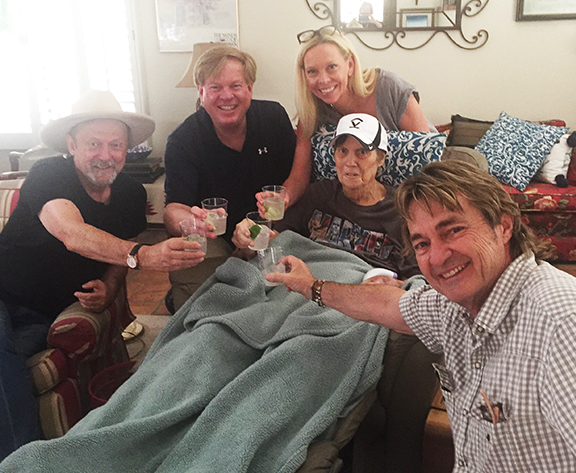 Our Final Toast to Jeb Rosebrook

Jeb was in Hospice Care and he looked gaunt, but he was still game.

Mark McDowell brought ice and limes and I brought Jeb's favorite vodka—Toto—and we had a final toast with him and his kids. 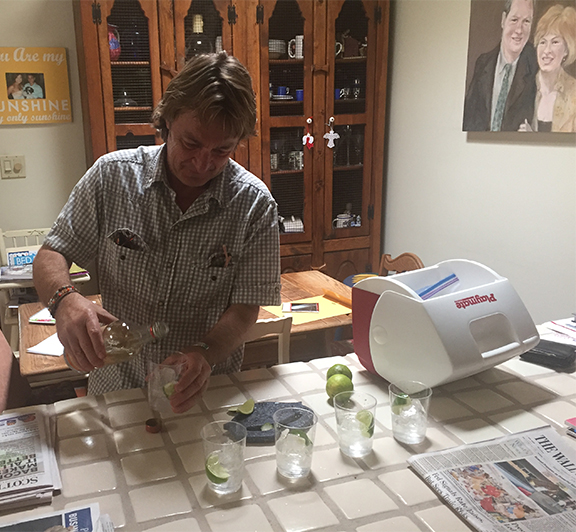 Mark acting as bartender for the final toast.


Jeb, jokingly called himself my "agent," which stemmed from a pitch he once made to Jeff Hildebrandt back in 2002 at the Westerns Channel for a film he wanted them to buy. Instead, Jeff asked if Jeb knew me and he wanted to know if I might be available for some "bumpers" which ended up to be True West Moments. Jeb called me when he got back from Denver and said he had struck out on his project but he thought I might get a deal there. When I did, he told everyone it was because I had a damn good agent.

He was a wonderful writer and friend and I'm proud to say I did the art for a couple of his book covers.  Jeb passed on Friday, August 31.

Jeb wrote the screenplay for "Junior Bonner" (1972), starring Steve McQueen and directed by Sam Peckinpah. The story involves an aging rodeo star (McSween) returning to his hometown of Prescott, Arizona. It is considered by many, myself included, as the classic rodeo movie and a time capsule of a long gone Arizona world.