Big Graphics In The Most Civilized City In The World

January 11, 2019
When we came through the Lincoln Tunnel last Saturday night via New Jersey, our Greek cabdriver informed us New York City is "the most civilized city in the world." It struck me as an oddly positive statement coming from a guy who told us he was in the limo business for twenty years before he went broke and now he's been driving a cab for three years and losing his shirt because of the insurance payments he has to make that Uber doesn't have to pay.

As we came up the ramp into Manhattan, he pointed out all of the bagged garbage on the sidewalks, with pride, and predicted they would all be gone by morning. He praised all the drivers around us as being kind and considerate as opposed to so many other cities around the world (having personally witnessed drivers in action in Bangkok, Buenos Aires, Paris and Juarez, I begrudgingly had to concur).

So,  after a $95 cab ride, plus a $25 tip (his stories of woe did get to me) I actually saw NYC with new eyes. Is it the most civilized city in the world? I was about to find out.

On The Lookout for Big Graphics   Bitter cold on Thursday (34 and strong wind gusts) but we went out to see what we could sight see. Didn't have to go far. 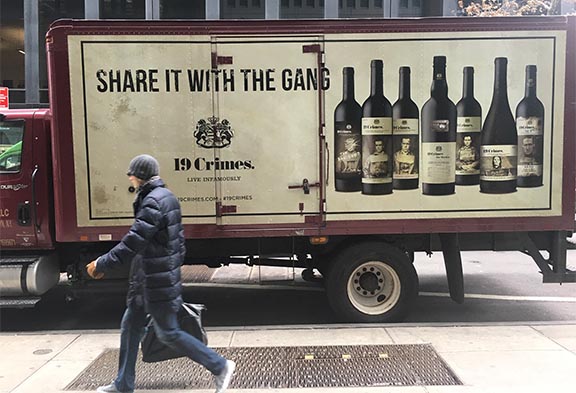 Crime Still Pays In The City

This 19 Crimes wine truck was parked at the curb of our hotel in mid-town Manhattan. Just down the street I caught this overblown cutie. 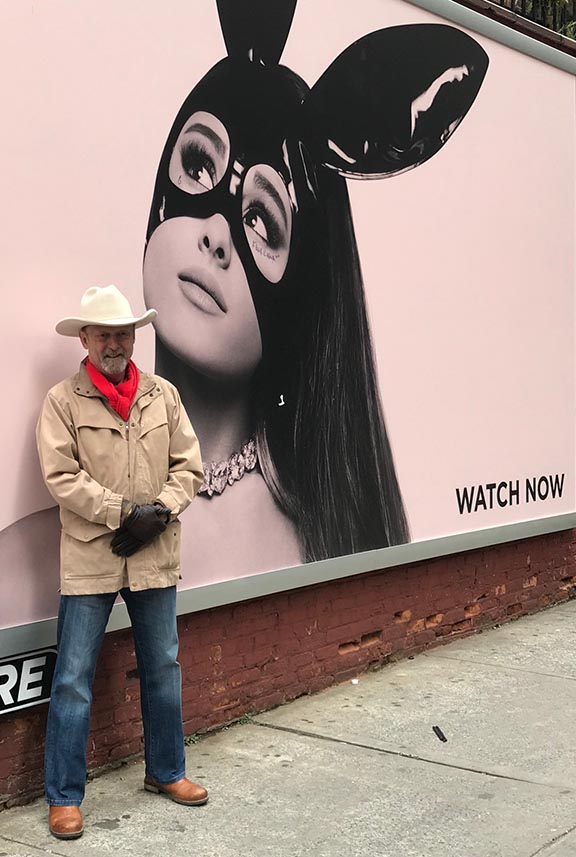 Walked over to the High Line and dropped into The Whitney to catch this cat. 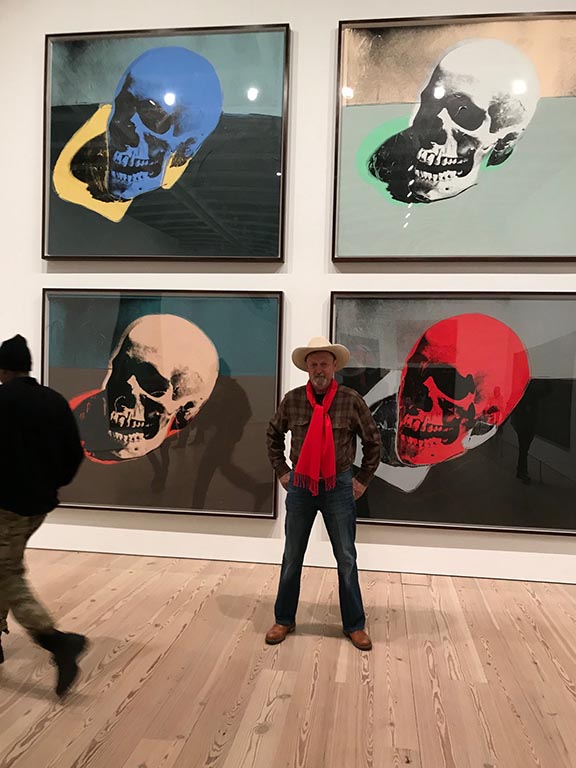 From there we caught the Disney Exhibition. 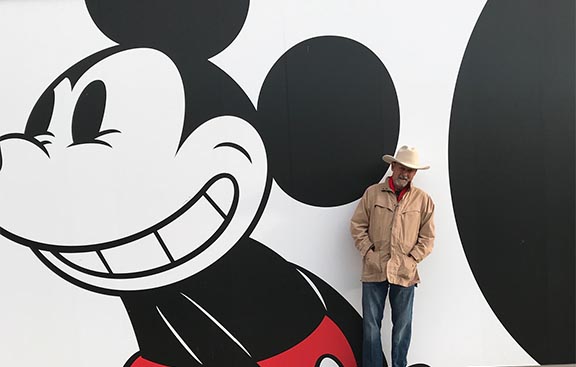 In The Breeze With Mickey & BBB

I am literally leaning into the wind outside the Mickey Mouse Exhibit. Wind blasts coming off  the Hudson went right through you. Bitter cold! Still New Yorkers seemed warm and accepting. Well, almost

The only fly in the ointment, I noticed, in our Greek cabdriver's claim is this two-story high billboard looming over Times Square. 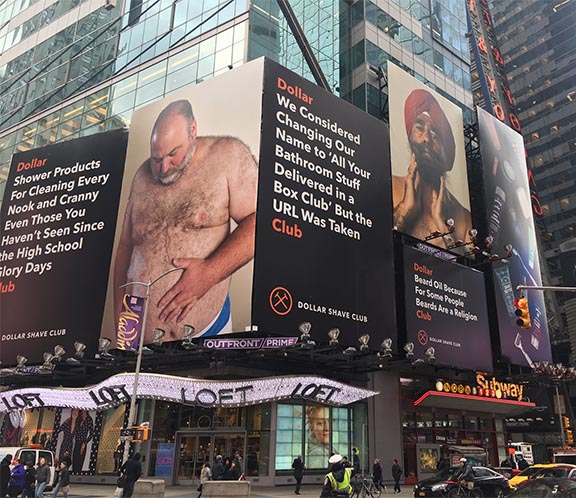 The Blade Runner-esque copy next to the looming gut guy says "Shower products for cleaning every nook and cranny even those you haven't seen since the high school glory days." And the guy is looking down at his penis, or, at least where it should be (he can't see it, right?).

Tasteless? I think so. In your face. Yes. Funny. Maybe. But when it comes to real funny, we saw The Seth Meyers Show on Wednesday night and The Daily Show With Trevor Noah last night and those dudes are flat out hilarious.

We've seen two brilliant plays, "The Lifespan of A Fact," and "The Waverley Gallery," and we're going to see "True West' tonight.

Been to the Met and the Whitney, and to MoMa today, so the town is full of great art and gigantic graphics. On some level I think our Greek cabbie is correct.

"New York is so nice, they named it twice."
—A New York comedian-historian on the boat to Ellis Island