January 25, 2019
Big auction this weekend, featuring a ton of priceless photographs from the massive Robert G. McCubbin's Old West Lawmen and Outlaws collection, including this stunner: 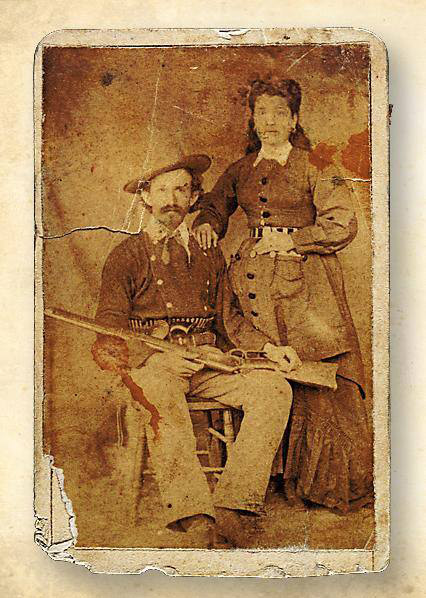 The blood-stained photo of
Charlie Bowdre found on his body
by the Garrett posse who shot him.

The auction which will be held tomorrow and Sunday at the High Noon Auction in Mesa, Arizona is expected to fetch $5 million. In fact, the Brian Lebel auction people have produced two huge catalogues just to list the items being auctioned: 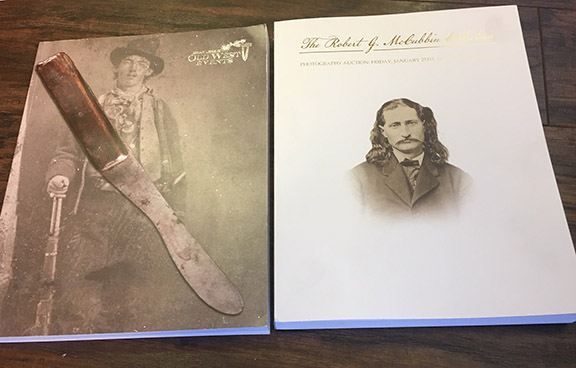 The two massive catalogues, above, featuring the entire Bob McCubbin collection. If you'd like to order copies, go here:

I asked Brian's wife Melissa to give me the stats on what it took to produce the catalogues and the show and she sent me this:

"The photography collection consists of (approximately) over 51 tintypes, 120 cdvs, 360 photographs, 330 cabinet cards, and 12 stereoviews. The auction estimates for the Friday photo collection are approx $2 million - $2.9 million.

"The ephemera consists of approximately 630 ephemera "items", though the actual number of individual pieces of paper and envelopes, cards etc. is well into the thousands. There are approximately a dozen artifacts (depending on how you want to define "artifact") The total estimate for the McCubbin portion of the Saturday auction (artifacts and ephemera) is approx $1.6 - 2.3 million.

"It took our team (5 of us total) over a year to do the entire cataloging (measure, scan, review, describe, index, etc). The McCubbin catalog weighs over 3 pounds, and many, many of the images inside are reproduced at actual size. There are thousands of images included in the online catalog, including the backs of photos, articles of provenance, etc.  https://auctions.oldwestevents.com

"There's a fine line between catching an outlaw and becoming one."
—Old Vaquero Saying