February 14, 2019
Have you ever noticed that sometimes sky patterns resemble the ocean? 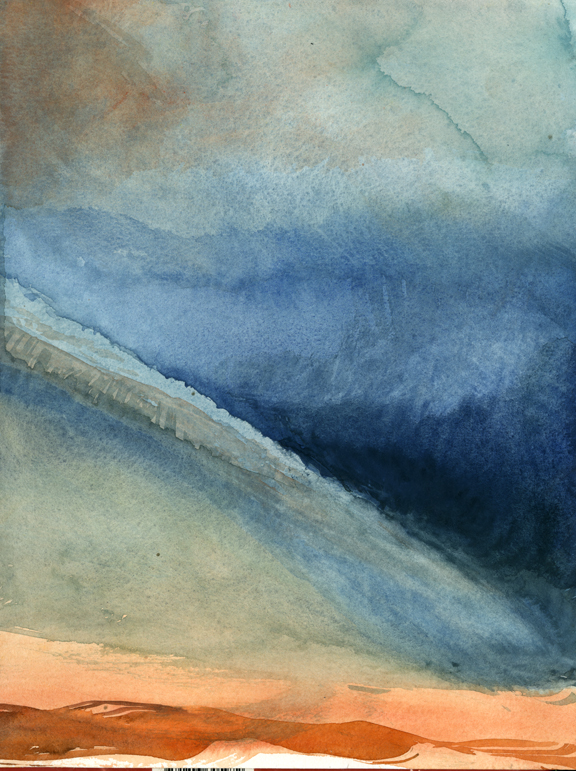 One of the things I do not like about my age group is the increasing prevalence of tottering. It's just so damn off putting to witness and so damn inevitable. 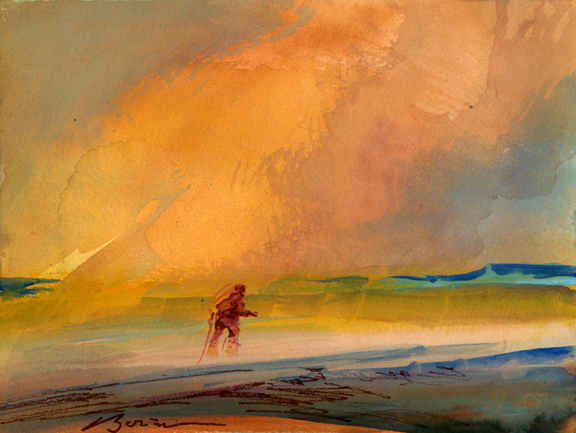 And speaking of tottering, a "friend" of mine (really?) sent me this reminder: 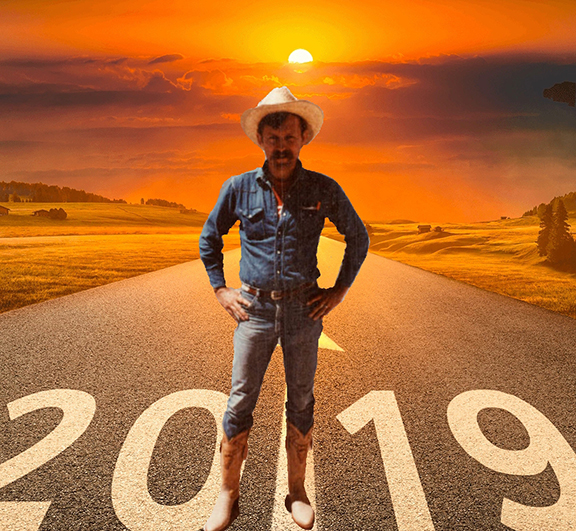 "I was so much younger then,
I'm close to tottering now."

This is a photo composite from Allen Fossenkemper which he sent to me with the header: "YES I WAS YOUNG ONCE."

The photo was taken by Kathy of me showing off my new John Weinkauf custom-made boots at Rio Rico, Arizona, in March of 1980, when I was 34 (and she was eight months pregnant with Deena).

And finally, what does the Colorado River basin look like at 30,000 feet? 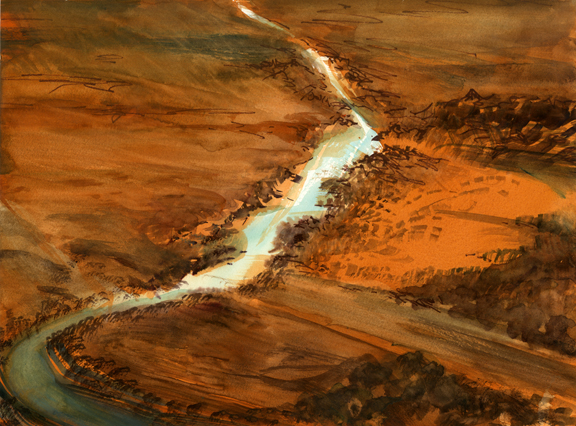 "If you can talk about it, why paint it?"
—Francis Bacon