February 5, 2019
I have mixed feelings about colorizing Old West photos and most of the time I prefer the old sepia look, but I have to say, this colorization of Olive Oatman is striking! 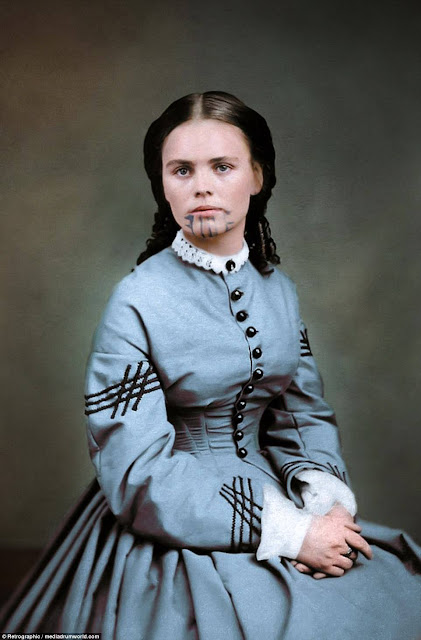 Here is a closer look: 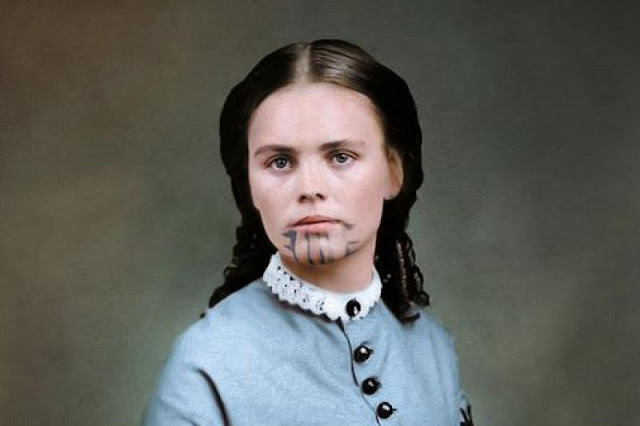 That is simply amazing. She looks like Natalie Portman, to me, and she is quite striking. Evidently, the colorization is by Jecini and you can see his work right here:

Paul Andrew Hutton Nails It
My good friend Paul certainly has a way of spinning out history and making it live. Hutton has a review of new book in the Washington Post. Here's a taste:

"Treuer wishes to revise the image of the Indian long prevalent in American literature and historiography as the Vanishing American, a race so compromised by disease, war and intermarraige that it is destined to disappear. His perspective is one of Native American resiliency and survival. “This book,” Treuer writes, 'is adamantly, unashamedly, about Indian life rather than Indian death.'"

Here's a link to the review:


When I was a lad, I was a big fan of the drummer Sandy Nelson, who had a hit album, "Let There Be Drums," which I used as my "talent" in the Mohave County Union High School Talent Show in 1964. I actually expanded copied and explored the track, "The History of The World On Drums." In other words, I copied it lick for lick.

I have often wondered what happened to Mr. Nelson, and, so, my Kingman compadre, Johnny Waters, sent me this autographed poster.

Sandy Nelson gives me a shout out

Evidently, Sandy Nelson now lives in Boulder City, Nevada, where John lives and Jack's Place had a fund raiser for the skin beater.

"What do you call a drummer without a girlfriend? Homeless."
—Old Drummer Joke
Posted by Bob Boze Bell at 2:46 PM