"He finished what he started and he paid for what he broke."

February 22, 2019
Snowed overnight and we woke up to a winter wonderland: 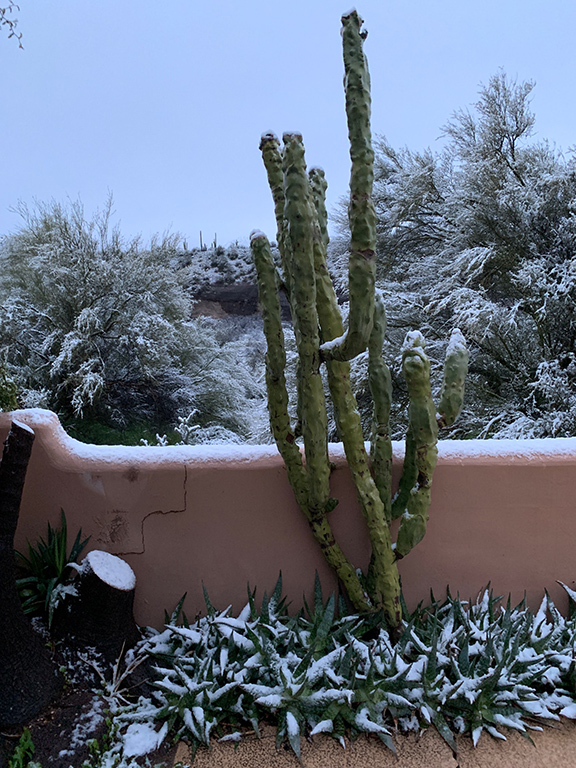 Stayed home in the morning, made a big ol' fire in the studio stove and worked on some opening sequence coverage for my big project. 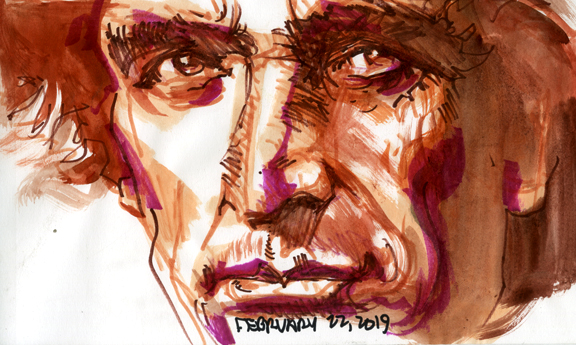 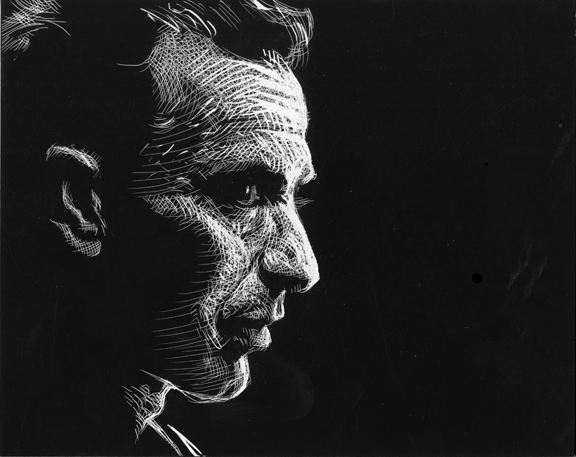 And speaking of Lummis, here are two dynamos who figure prominently in my graphic novel. 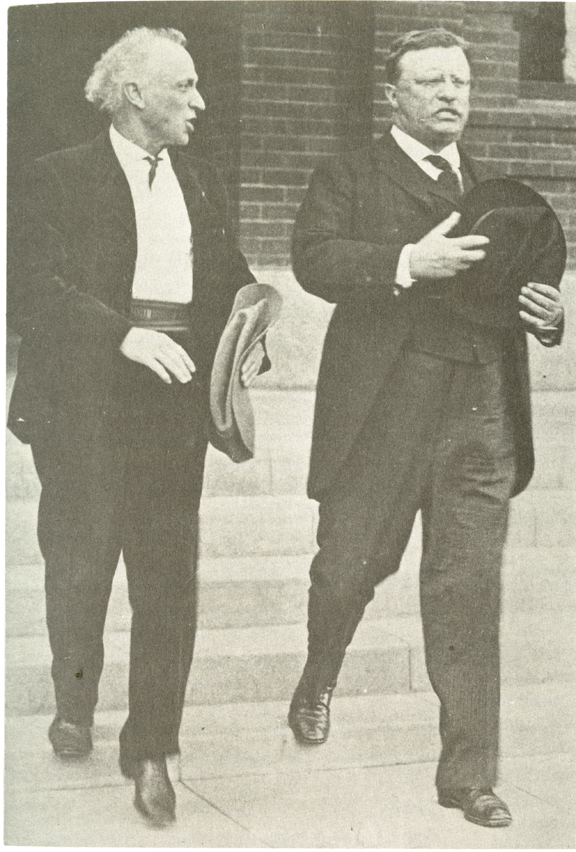 
Sharlot Hall would have pitched her Olive Oatman story in the "Lion's Den," which was his home office at El Alisal in Pasadena, California. 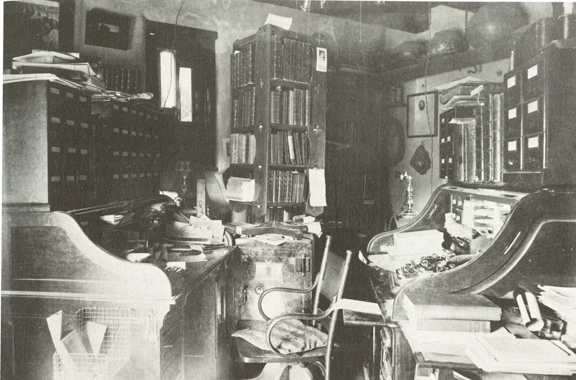 I can relate to Lummis because he had a vision for a magazine, Out West, with the motto: "The Nation Back of us, the World in Front."

The first issue, in 1902, had a poem by Sharlot Hall and the frontice piece was an allegory of the Genius of the West, by Maynard Dixon. 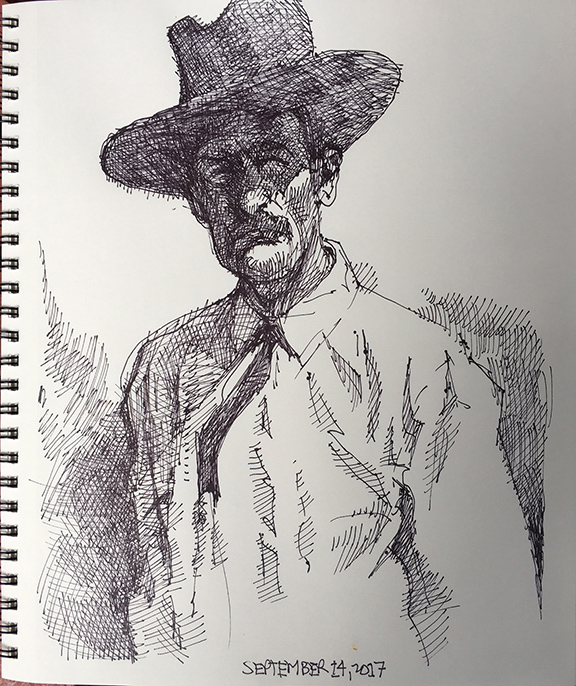 Daily Whip Out:
"Sketched this at Maynard's cabin in Utah"

Besides all that, Lummis shared another aspect of the biz which I can relate to: "We were poor all the time and sometimes had pretty serious tangles with the printers before they would trust us for another issue." His salary was $50 a month and there were never enough hours in the day. He found himself working until midnight almost every night. When he awoke in the morning he found that his "brains for the day had not arrived yet." All things I can really, really relate to.

Our story will corral all of the Westerners on the scene at that time, from Frederick Remington to Owen Wister to Thomas Moran, Will Rogers and Charlie Russell, plus local favorites like Charles Poston, Charles Goodnight and a certain outlaw who uses the alias Berry Stapp.

"I have not the art to say things softly."
—Charles Lummis

"He finished what he started and he paid for what he broke."
—Eugene Manlove Rhodes, in his eulogy to Lummis

"The meek shall inherit the earth, but not the mineral rights."