February 18, 2019
Here's a controversy that needs a serious discussion. It started with a response to an answer in Ask The Marshall:

You responded that [the bib shirt] "never really caught on with cowboys".

I think you might have gotten a "bum steer" from someone at True West.   I've seen tons of pictures on the pages of TW with cowboys wearing bib shirts and I think I remember even BBB saying that Billy the Kid wore a bib shirt with an anchor on it in the one photo that we have of him.  A quick google search of old cowboy photos show that it was a popular wear, especially among the cow punchers. What gives? 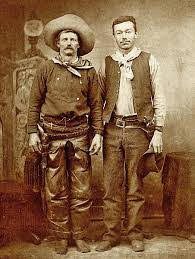 Marshall is standing by his original statement:

Hi Allen,
Sorry old friend but I have to disagree with you on bib shirts. I've looked at hundreds of photos of working cowboys taken by some of my favorites Erwin Smith, Charles Beldon and L. A. Huffman and I've yet to see one wearing a bib shirt. Nearly all did wear vests and if not a vest, a jacket. The bib is more closely identified with movie cowboys, firemen and soldiers. It was also a studio prop when cowboys came to town and wanted to get "duded up." It was showy but not practical for cowboy work.
Best,
—Marshall Trimble

So this brings up a point that has gotten more and more play in recent years: when someone is studying old photos and they don't like what the sitters are wearing or toting (weapon wise) they often chalk it up to being a "photo prop," as in, no cowboy actually wore, or used that weapon, or wore that shirt, it's just a studio prop.

Is that always true, though? Did the cowboy in this photo change his shirt, out on the range to please the photographer? 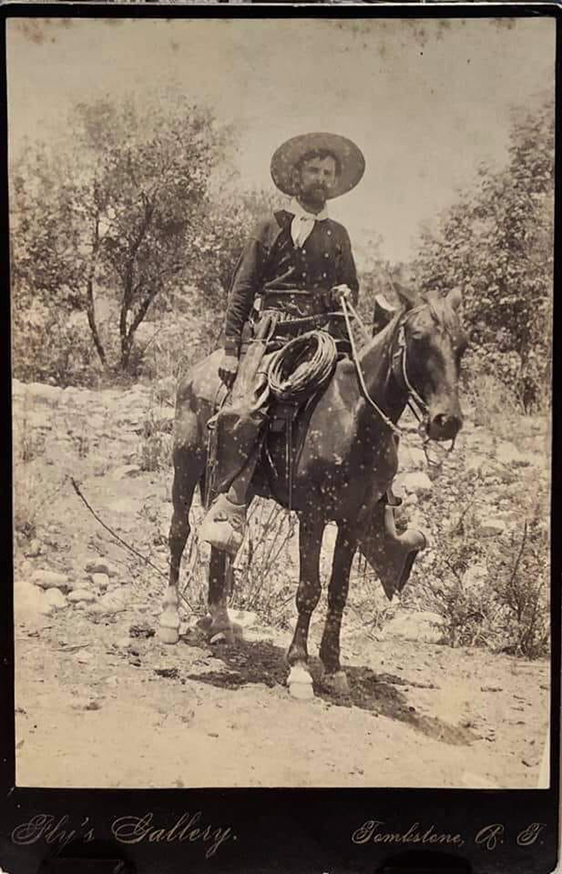 A Fly photo of a cowboy in a bib shirt

"A picture is worth a thousand arguments."
—Old Vaquero Saying