February 8, 2019
I was looking through some old photo reference this morning and found these shots of the late, great Doc Ingalls out at Pioneer Living History Museum north of Phoenix, AZ back in Feb. of 1996.

If Wild Bill was advancing and firing both his pistols, what would that look like? This was the effect I was looking for. Thanks to Doc, I got it. He passed last year. Great guy.

Found an unfinished board in the studio this morning and gave it another go: 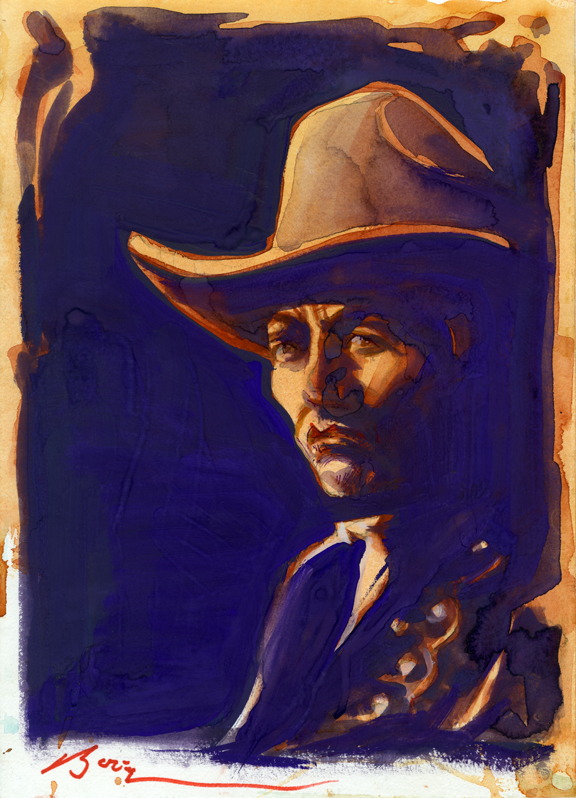 "In Germany, your average theater lobby hasn't been painted since the fall of the Berlin Wall. Why would anyone pay $12 to take your date to a place like that?"
—A frustrated German film distributor, as quoted in The Hollywood Reporter