August 4, 2019
Sometimes I am inspired by specific locations.

This is a scene from John Ford's "Straight Shooting," 1917, filmed on location at Beale's Cut, north of Los Angeles. 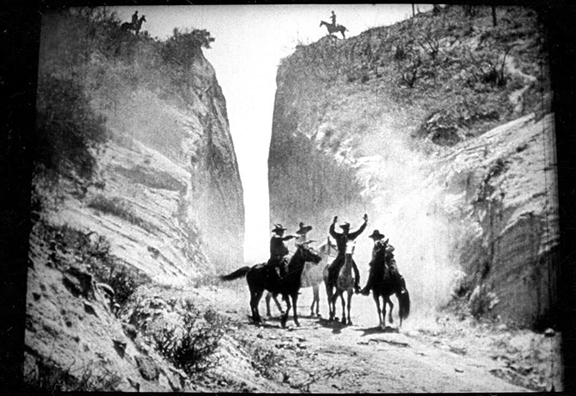 I believe it's also the site of a famous jump photograph by a Mr. Mix. 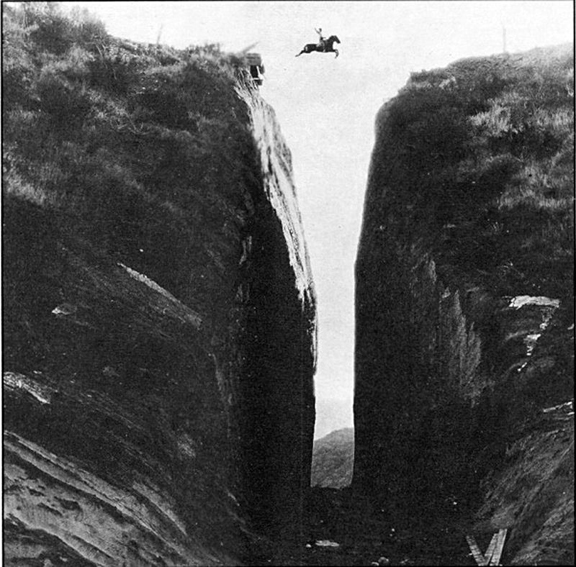 I am a little suspicious of this being a real photograph, although I wouldn't put it past Mix to attempt it. Seems like it would make for a very hard landing.

"Newhall Pass is a low mountain pass in Los Angeles County, California. Historically called Fremont Pass and San Fernando Pass, with Beale's Cut, it separates the Santa Susana Mountains from the San Gabriel Mountains. It is still there but not passable by automobile. There is a first story on Beale’s Cut in my album this is posted to."
—Donna Slater Watson

And here is what a Google search turned up:

Paralleling Interstate 14 through Newhall Pass (historically known as Fremont Pass) Beale’s Cut dates back to 1854 when Phineas Banning dug out a 30 foot gash in the mountain to provide a better passage to Fort Tejon. In 1861 Edward Fitzgerald Beale (from whom it gets its name) elongated the gap to 90 feet in height.
The cut was used by the Butterfield Overland Mail, a stagecoach that operated mail between St. Louis, Missouri and San Francisco. Beale’s Cut lasted as a transportation passage through the present day Newhall Pass locale until construction of the Newhall Tunnel was completed in 1910.
Beale’s Cut has appeared in many silent western movies. The location became a favorite of movie producers like John Ford and D. W. Griffith. In Ford’s 1923 film Three Jumps Ahead American film actor Tom Mix is filmed jumping over the pass. John Ford used the location in at least four films over a twenty-year period beginning as early as 1917. 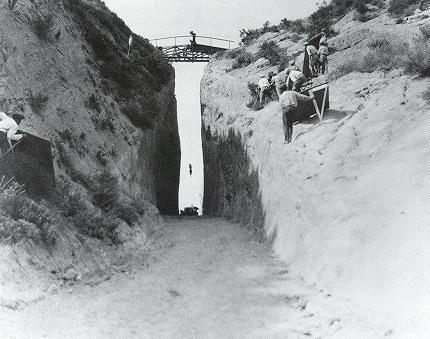 Still in existence today, it is no longer passable by automobile. During the 1994 Northridge Earthquake it suffered a partial collapse, and now is about 30 feet (9.1 m) deep. 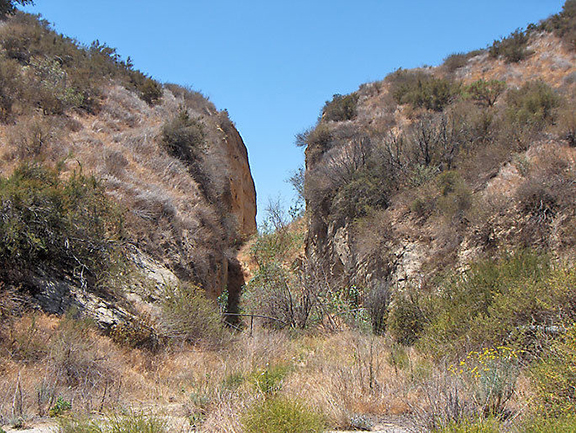