August 21, 2019
Rounding up all the first person encounters with Geronimo. This is for the feature in True West magazine and for the book. 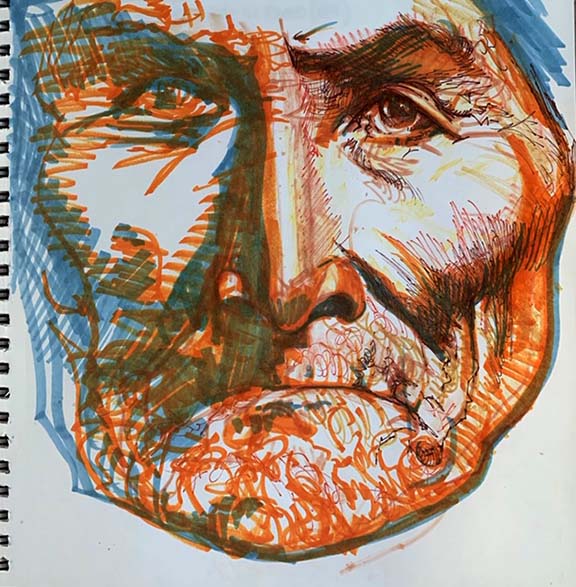 Daily Whip Out: "Geronimo Up Close"

The artist E.A. Burbank visited Geronimo at his home at Fort Sill in 1898 and reported that the “Human Tiger” was, in fact, an “immaculate housekeeper.” Burbank wrote that Geronimo’s wife was in poor health at the time so the old Apache “did all the housework, washing dishes and sweeping the floor.” Burbank mentions that, “One day I carelessly tracked some mud into the house. Geronimo got the broom and swept it out giving me a look that plainly said, ‘Don’t do that again.’”
Burbank also remembered that Geronimo “never left his house without putting out a saucer of milk for his cat, whose whiskers he had kept closely clipped. Why he used the scissors on tabby I never did learn.”
Some of the other revelations:
Geronimo may have been a prisoner, but he didn’t need an agent. When Burbank had just finished his first pencil sketch, the shrewd Apache commanded, “Stop!” Using a young Apache girl as an interpreter, Geronimo informed Burbank that whatever money he got for the “picture,” the Apache demanded his cut— “I want half.”
“I never had a finer sitter than Geronimo, although sometimes he became very nervous while posing. I would give him a few minutes’ rest until he quieted down. Invariably upon hearing a horse or footsteps, he would rush to the door and see who was coming. He seemed to have a haunting fear of being pursued, even though he was at the time a prisoner.” 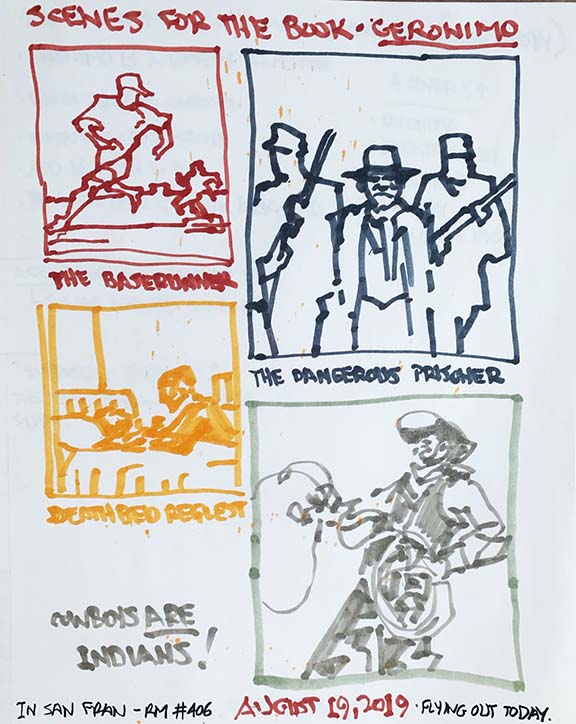 While setting up a horse race against a white man, Burbank witnessed Geronimo procuring an Apache jockey: “He looked around for an Apache boy to ride his horse. The boy he wanted was playing baseball, and was at bat when Geronimo went after him. The Indian boy swung at the ball, narrowly missing the old chief, hit the ball into the outfield, and then started running the bases. Geronimo tore after him, all the way around the diamond, and chased the boy across the home plate before he caught him.”
Geronimo’s horse won the race and, according to Burbank, “The old Indian went home as happy as a small boy after the circus.”

"We have art so that we shall not die of reality."
—Friedrich Nietzsche