August 12, 2019
Spent the weekend trying different angles into Goyathlay. I want something different for the book cover. 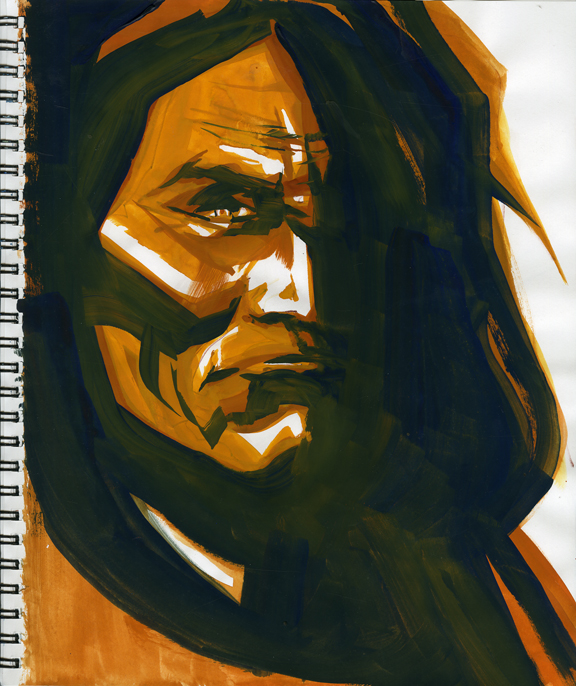 Daily Whip Out: "G-Man By Design" 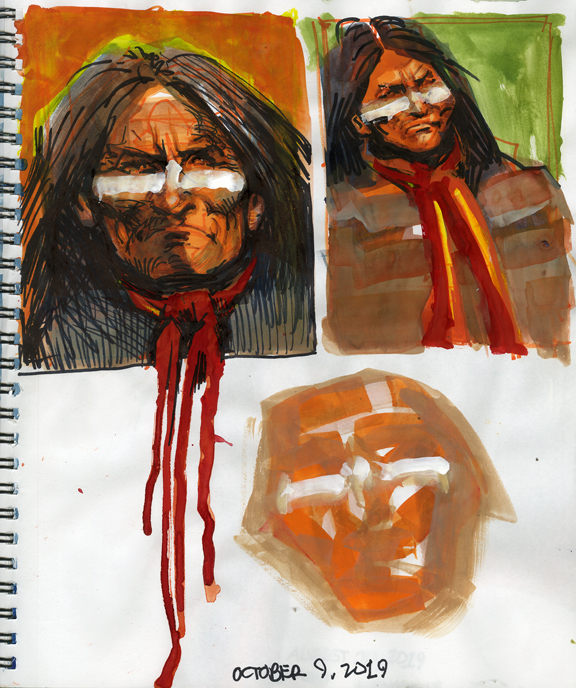 I even did a quick take on Cochise. 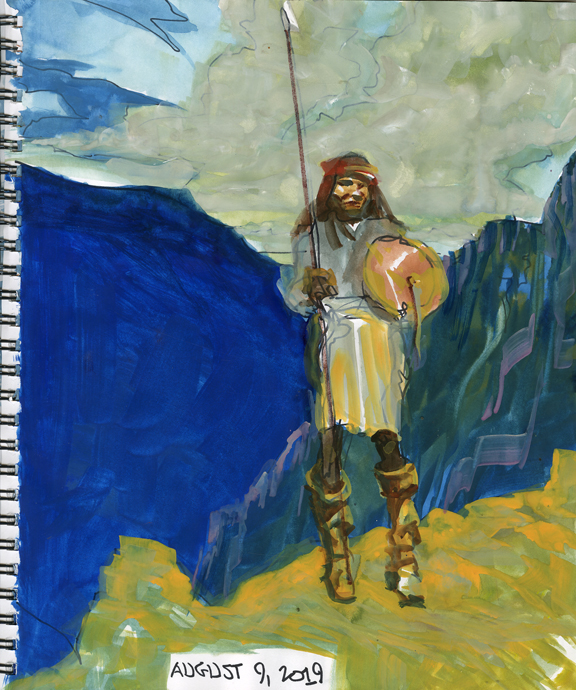 Daily Whip Out: "Cochise At The Pass"

So, then I went crazy with the cross hatch. 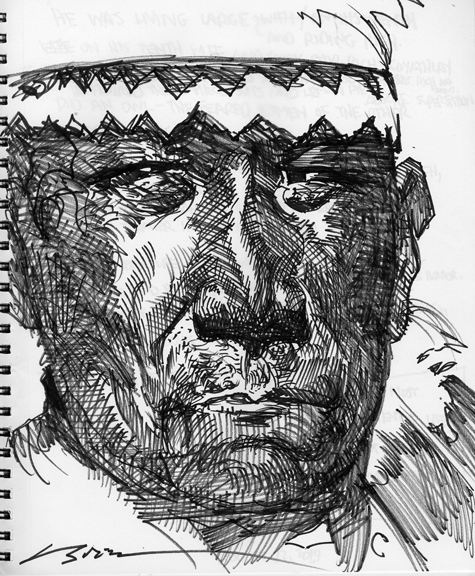 Daily Whip Out:
"Daklugie Does His Duty"

"The fact that there's a highway to hell and only a stairway to heaven says a lot about anticipated traffic numbers."
—Old Rock Star Saying
Posted by Bob Boze Bell at 4:10 PM