Geronimo Cuts Down The Cherry Tree, Among Other Things

August 10, 2019
Woke up with a ton of ideas. Here's just one. What if Geronimo was portrayed like George Washington? What would that look like? 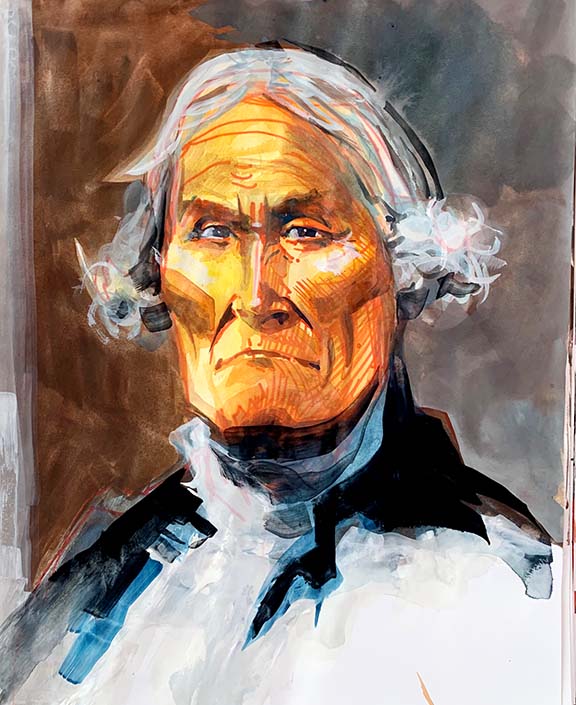 Got some serious work to do on the book and the next cover story in True West magazine. I intend to do it. 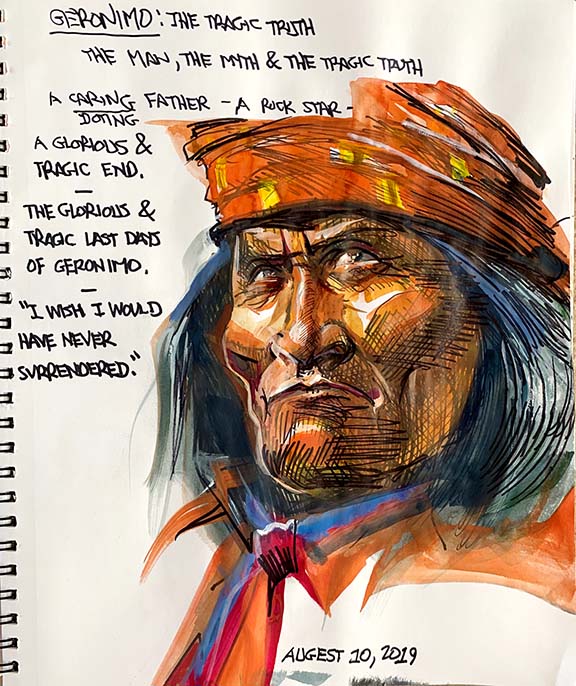 Jamming and ramming on a variety of portrait ideas for the cover of the book. Not there yet, but I'll get there. 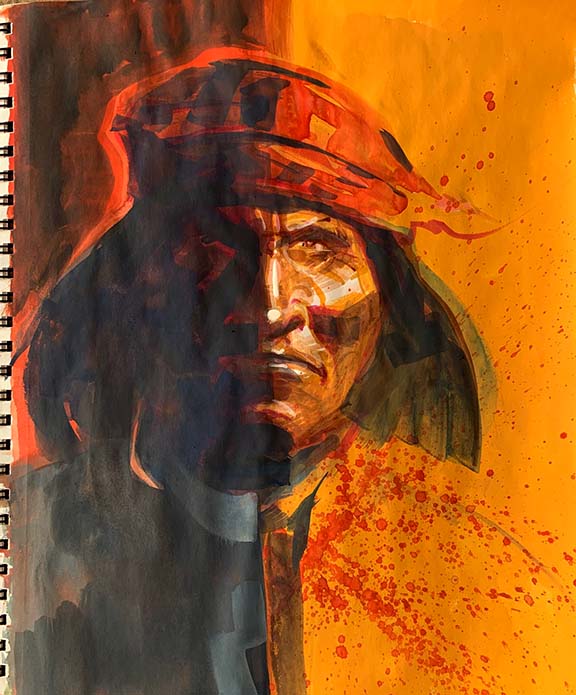 Meanwhile, got this from Dr. John: 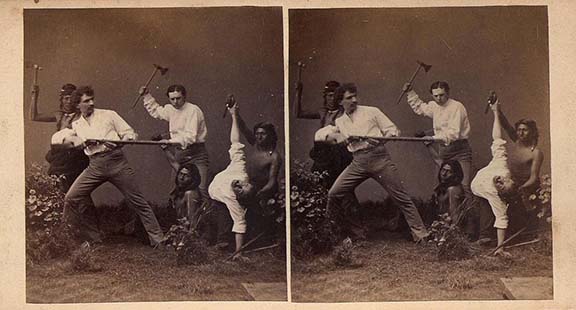 We think of our frontier play acting as something modern, but look at this. Very, very early, and there they are playing at frontier fighting. Actually pretty amazing composition and action capture.

"Every action has a reaction."
–Old Frontier Play Acting Saying