The Many Faces of Geronimo

August 7, 2019
In addition to meeting some great people at the Edgar Rice Burroughs convention in Willcox, I scored some very cool Geronimo images for my book. The head honcho at the event, Frank Puncer, brought an album put together by Dan Koskuba of Tumacacori, Arizona with some very cool Geronimo postcards in it, which he let me borrow to scan. My designer, Rebecca Edwards, and I used a particularly colorful one to make my next teaser postcard:

Here are some of the other postcards I really like. 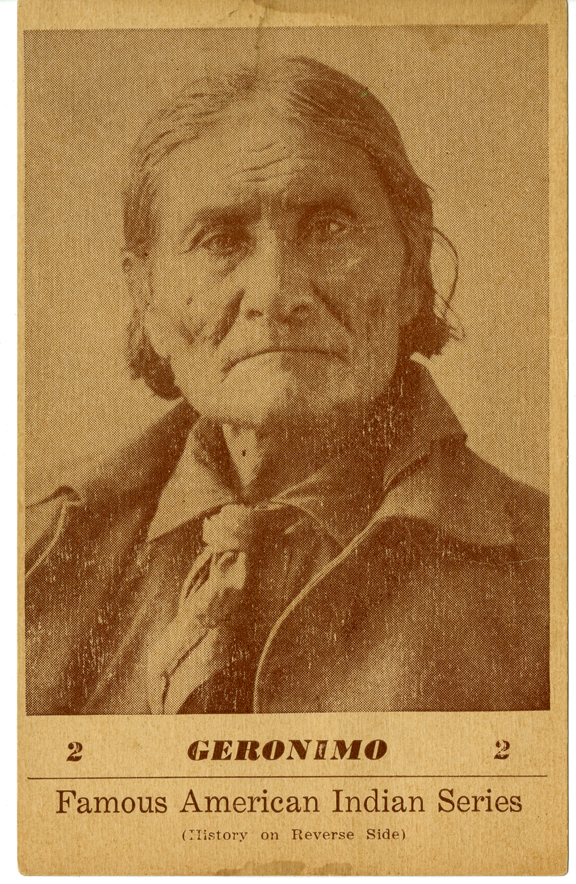 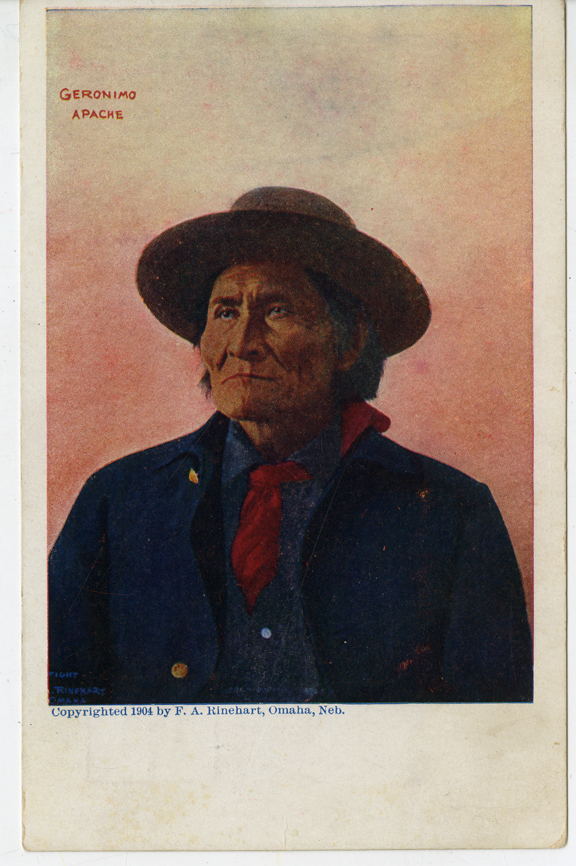 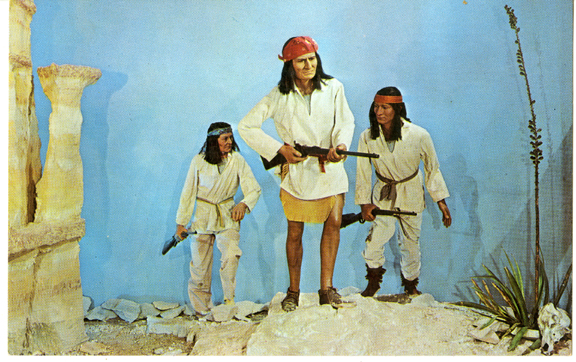 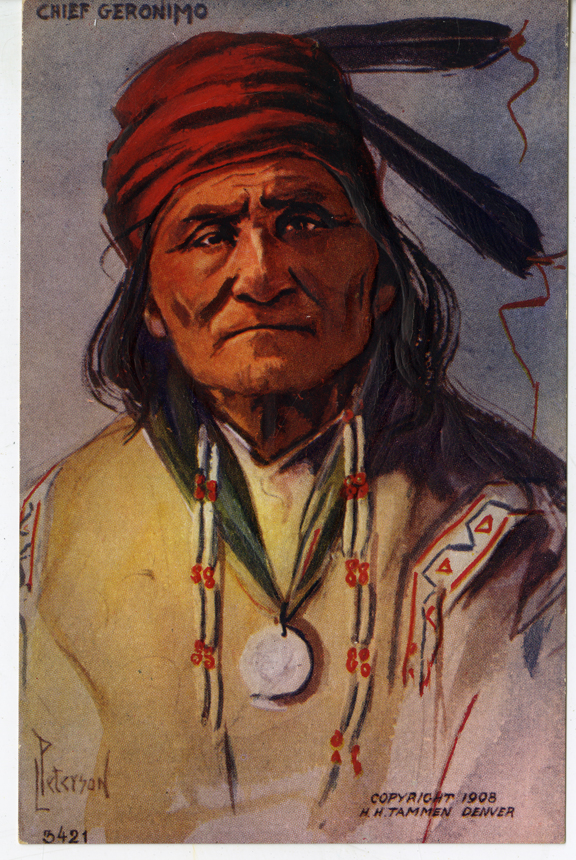 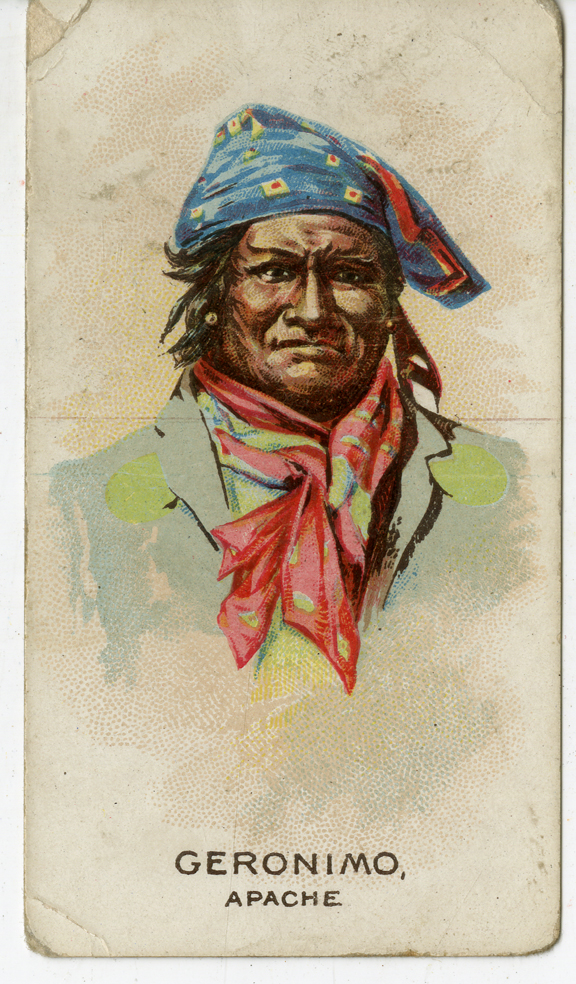 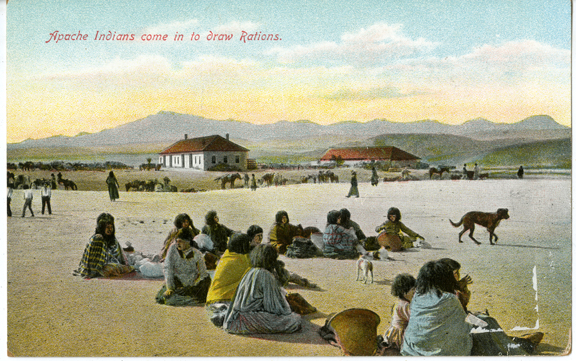 It doesn't say, but I believe this is
San Carlos on Ration Day

And then on to some of my past and recent sketches for the book. 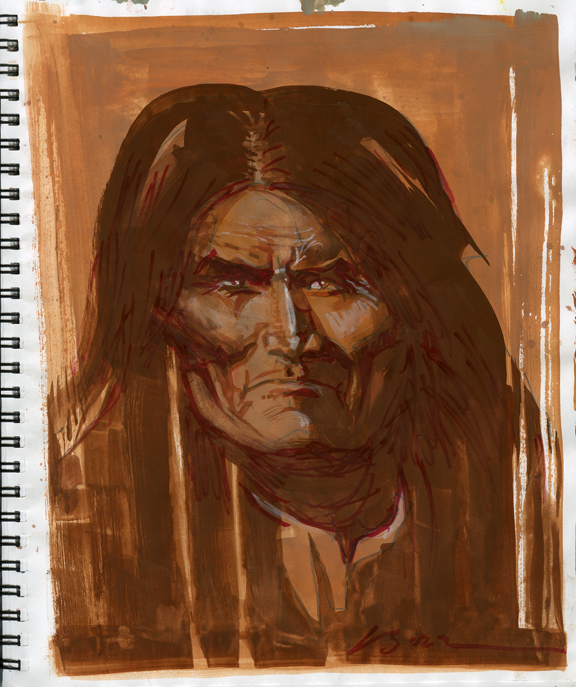 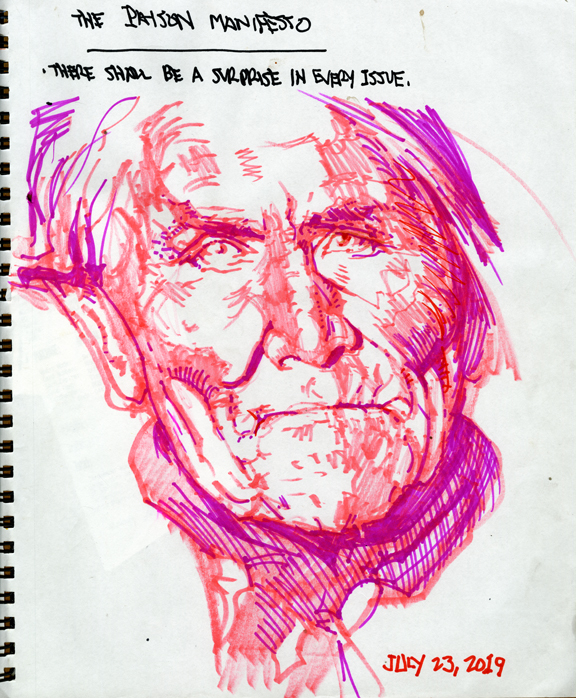 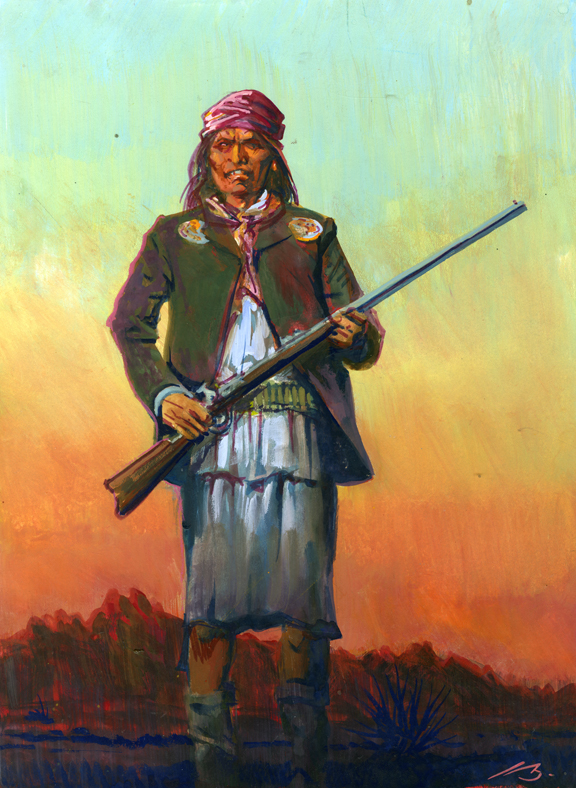 Daily Whip Out:
"He Sold The Buttons Off His Coat"

We need to abandon this idea that Indians must be a particular way or believe certain things. We’re messy. We’re complicated. We’re human.

Other notes from an interview with Mr. Smith:

When I asked him about his habit of making jokes, he said, “It’s a defense mechanism. I’m just as scared and lonely as everyone else.”
—Paul Chaat Smith

"Some tribes created almost ecological utopias, with reasonable amounts of democracy; others practiced slavery both before and after contact with colonists. Sometimes we fought one another."
"A lot of this was done wisely, but Indians did stupid things, too. Driving hundreds of bison over cliffs to get ten of them, for example, might not have been the best hunting method. Not everything Indians did was genius; only some of it was."

"The irrefutable historical record is that what were called the Five Civilized Tribes were pro-slavery and had their own racial hierarchies. When, in 1830, those tribes were removed from the southeastern U.S. and forced to travel what’s called the Trail of Tears, they reestablished slavery in the new Indian territories, rebuilt their economies with slave labor, and eventually sided with the Confederacy. The Choctaw chief Greenwood LeFlore had fifteen thousand acres in Mississippi being worked by more than four hundred enslaved people."
"The hopeful story of red and black peoples rising up against their oppressors together — the story that I want to hear — didn’t happen."
"Humans are incredibly fucked up and wonderful and idiotic. To assume otherwise, to believe that Indians are inherently good, is to deny our humanity."
"Whites and Indians seem to be endlessly fascinated with one another — 'locked in an endless embrace of love and hate and narcissism' is how I’ve put it.

"I’ve done my share of yelling at white people. It gets boring after a while."

"Indians are complicated. A lot of them live in red states and have red-state values. They resent coastal people like you and me. You wouldn’t believe the Facebook posts from my Oklahoma cousins. They make Fox News look like MSNBC."
—Paul Chaat Smith