August 16, 2019
Here I am in the lap of luxury on Nob Hill at my favorite coldest summer spot on the planet. I am here to see the sites and drink in the cool air. Oh, and celebrate 40 years with the same woman. And, by see the sites, I mostly mean art by this guy. 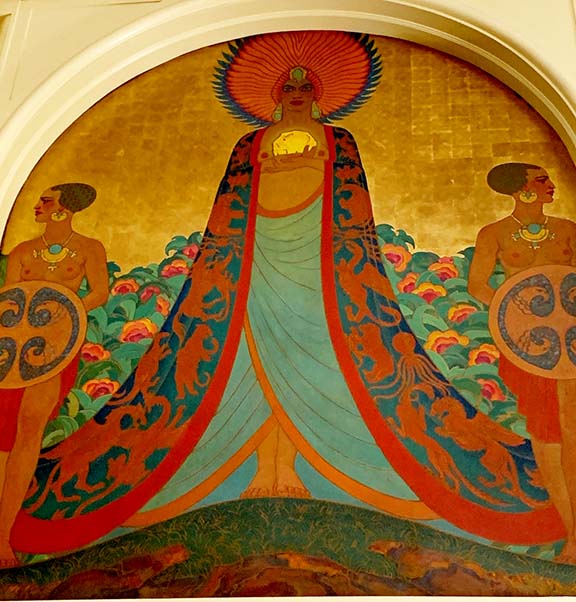 A mural panel in the Mark Hopkins Hotel

According to Don Hagerty, this is a depiction of Queen Califia, a mythical Amazon type woman who the early Spanish explorers thought inhabited the Baja region with a group of women warriors. The Spanish applied her mythical name to the lands they just discovered, thus California. Maynard Dixon actually painted this and the other panels with the artist Frank Van Sloun  who also loved mythology and used it to great effect in this mural.
I realize this is a bit of a "bus man's holiday". We just finished a monumental issue on the greatest artist the West has ever produced, so let's go on vacation and seek out artwork by same said artist. 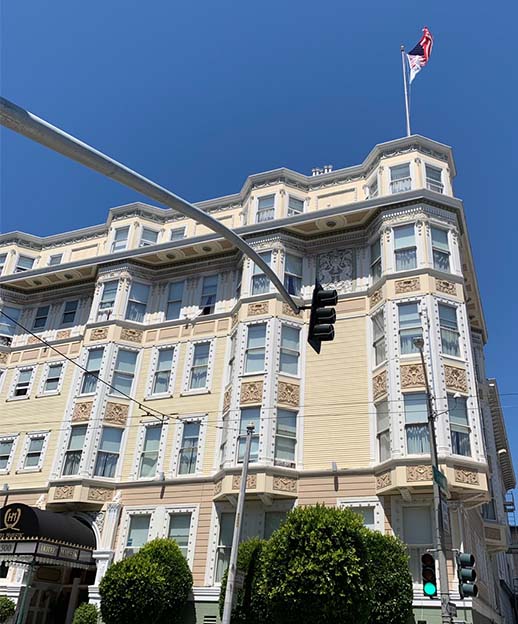 A certain hotel on Sutter


Leaving the hotel this morning on foot, I ended up here. 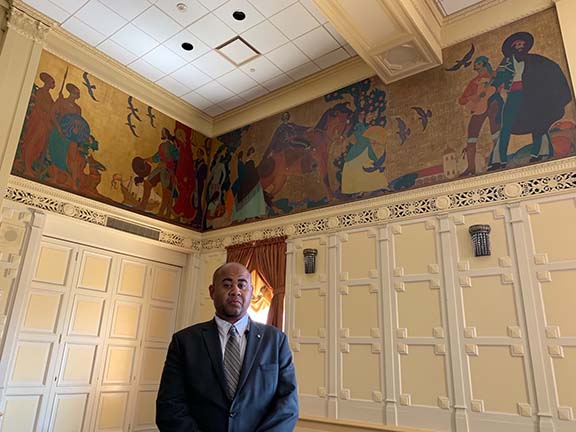 
Alfonso has the key and he unlocked the doors to the "Room of The Dons," so I could take a gander at these spectacular panels done in 1926, according to Don Hagerty who is doing a feature for us on all the surviving Maynard Dixon murals:

There is another Maynard mural I am going to try to go see tomorrow.

"Water is the most essential element of life, because without water, you can't make coffee."
—Old Vaquero Saying