I Need Me Some Stinking Badges!

Rewatched a classic last night, "The Treasure of The Sierra Madre" (1948). I agree with a reviewer who commented that there is a rousing yarn under all the hollow laughter. 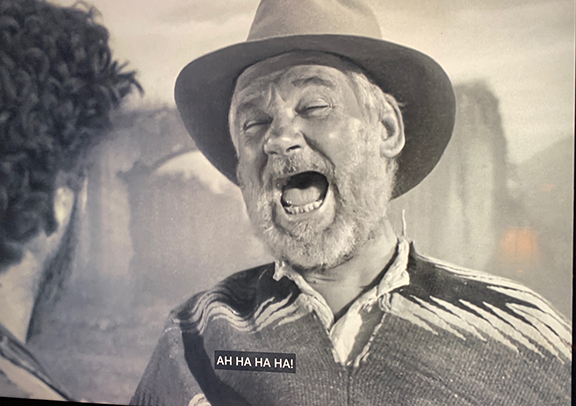 Walter Huston yucking it up at the end.

And, it just isn't the director's father yucking it up, check out these classic Mestizos (they filmed much of the outdoor scenes in Durango, Mexico) on horseback with the mucho guffawing 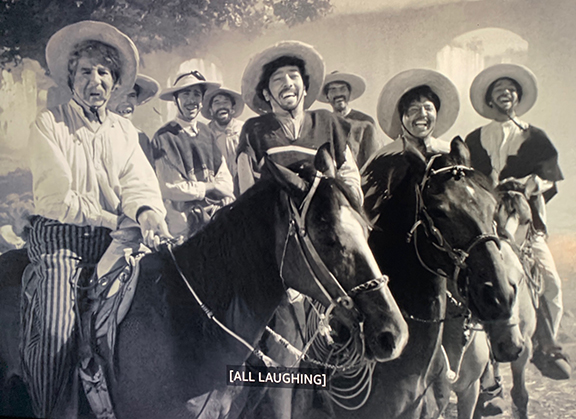 Supposedly, it's one of the first Hollywood studio films to actually film in Mexico, and it has great faces, like this screen shot from John Huston's iconic portrayal of greed gone amuck. 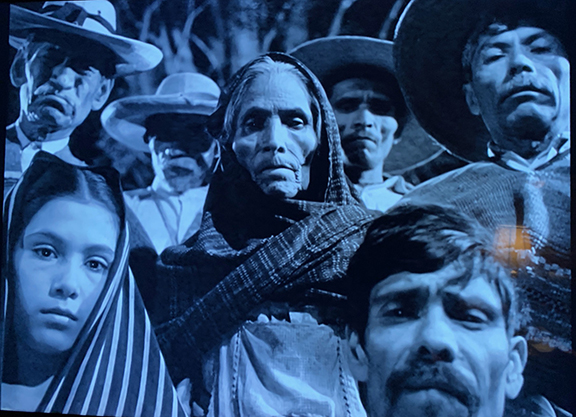 Also, the hats are pretty stellar as well. 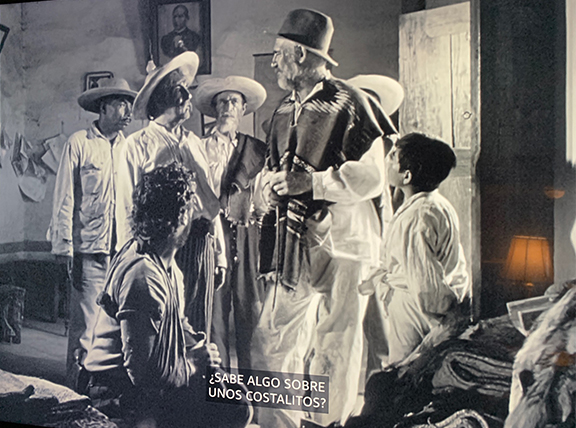 Director and co-writer of the script, John Huston, first read the novel, "The Treasure of The Sierra Madre," in 1935, and thought it would make a great film with his father in the main role.

However, Walter Huston didn't want to do it because his son wanted him to do it without his dentures and the old man still thought of himself as a leading man. The son finally won him over and the elder Huston kills in the role, leading his co-star, Humphrey Bogart to quip, "One Huston is bad enough, but two are murder."

Originally, the studio had George Raft and Edward G. Robinson and John Garfield in mind for the three prospectors, but then World War II intervened and the project was shelved. Another version of the story was set to be filmed during the war, but the script was nixed by the Motion Picture Production Code for being "derogatory" towards Mexicans. By the time John Huston came back from his WWII documentary phase, Humphrey Bogart was the biggest star on the Warner Brothers lot and he got the plum role. 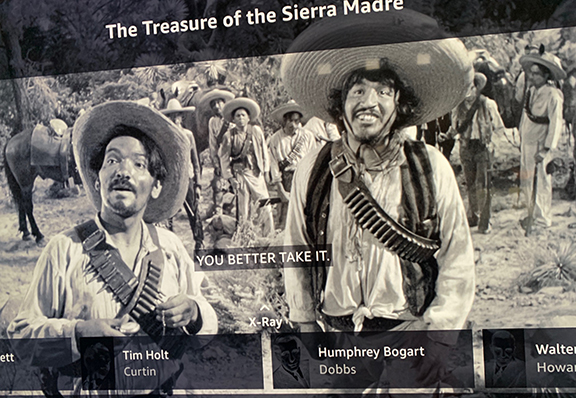 That's Alfonso Bedoya, as Gold Hat, on the right, and his actual line is, "We ain't got no badges. We don't need no badges. I don't have to show you any stinking badges!" In popular culture the line has been condensed to, "We don't need no stinking badges!" but that is probably because Mel Brooks used this shorter version in "Blazing Saddles" when he appropriated the bit.

Jack L. Warner was conned into letting Huston film in Mexico on the premise that it would be quick and cheap. It was neither. (Huston claimed they would be in and out in a matter of weeks, but the filming lasted five-and-a-half months!) To boot, the filming started off on the wrong foot when the cast and crew showed up in Tampico, Mexico and the local government wouldn't let them start. Turns out a local newspaper editor was miffed that he didn't get the mordida ("the bite," a bribe) and he wrote that the production was unflattering to Mexico. With help from two of Huston's friends, the artists Diego Rivera and Miguel Covarrubius, they went to bat with the president of Mexico and got the ban lifted.

John Huston originally wanted to cast Ronald Reagan for the part of James Cody, but that fell through when Warner wanted the future president of the United States for another role.

As Jack Warner saw the mounting weekly expenditures he almost went berserk and while watching some of the rushes, he told the producer,  Henry Blanke, "Yes, they're searching for gold all right, MINE!" After the budget topped $3 million, Warner called everyone back to the U.S. and they filmed the rest of the movie on back lots and in the studio.  Those are the weakest scenes, to me, and it's the authenticity of the Durango countryside and the street scenes of Tampico that gives the film it's iconic shine. One other tidbit: the Mexican kid who sells Dobbs (Bogart) a lottery ticket is Robert Blake, the child star from Red Ryder who later killed his wife in a sordid Hollywood Babylon finale.